Plug-ins for configuring SAS resources such as servers, metadata, libraries, and users.

Plug-ins for configuring SAS applications.
When a plug-in is installed, it is added automatically to the appropriate category.

Some of the plug-ins provided by SAS Management Console includes: 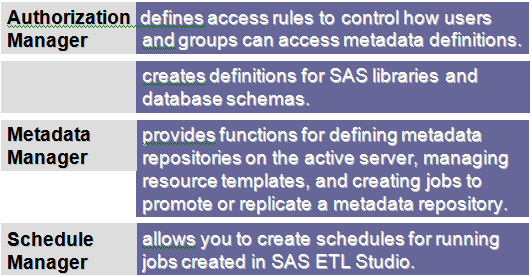 Because each plug-in has its own functions, the SAS Management Console menu bar and toolbar change whenever you select a node within the navigation tree.
Different nodes within a single plug-in can activate different menu items and tools.
The Help for each plug-in is only available when the plug-in is active. For example, in order to view the Help for the Metadata Manager plug-in, you must first select the Metadata Manager plug-in or an object inside the plug-in in the navigation tree.

Working with the User Interface

The menu bar provides six standard menus and one that is controlled by the selected plug-in: 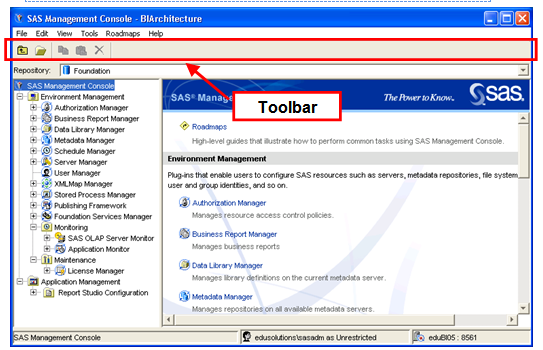 The toolbar provides a set of five standard tools for

In addition, plug-ins can also add tools to the toolbar. The tools that are specific to a plug-in are only available when the plug-in is selected in the navigation tree. The plug-in can also provide different tools depending on the object that is selected under the plug-in. Refer to the Help on each of the plug-ins for more information about plug-in tools. 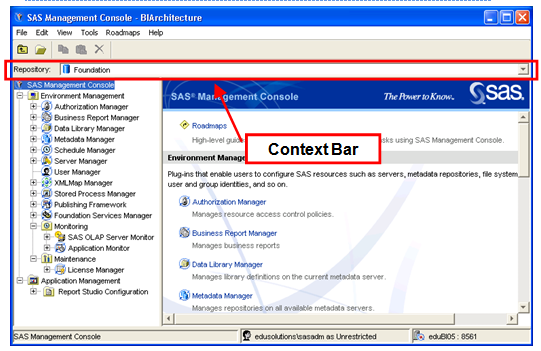 The context bar identifies the active repository, which is the metadata repository to which you are storing metadata definitions. You can select the repository that you want to access from the Repository drop-down list. 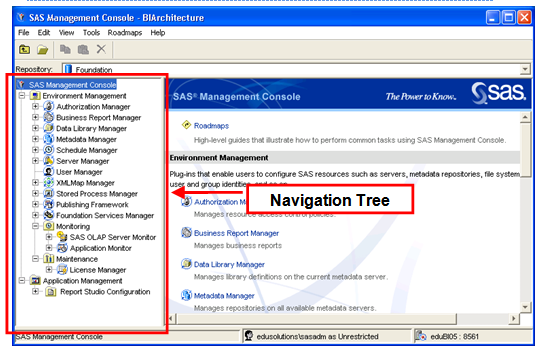 The navigation tree displays an organized list of all of the installed plug-ins and the objects that are associated with each plug-in. The plug-ins are organized into two main categories: 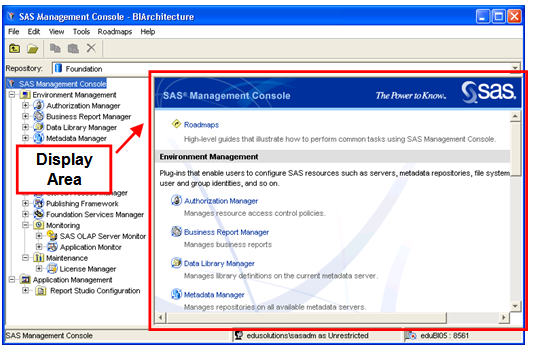 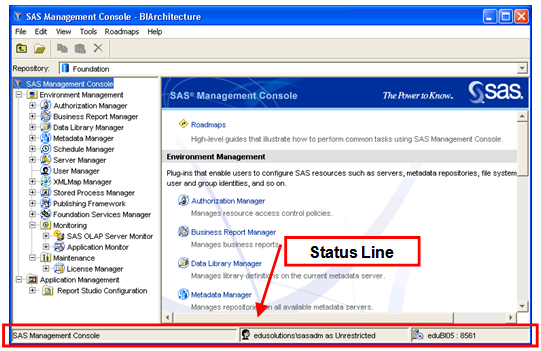 The status line, at the bottom of the SAS Management Console window, displays the following information: