In this Cryptography tutorial, we will start from the basics of Cryptography and learn all the major Cryptography concepts that a Cryptography professional must be aware of. Now, let’s have a look at the components of this tutorial.

Cryptography is the study of techniques for securing communication and data in the presence of adversaries. It hides the real meaning of the data by transforming it into a non-readable format by humans. It deals with analyzing and developing protocols that prevent the entry of malicious third parties from accessing data from being shared between the entities. In cryptography, an adversary is a malevolent entity that aims to retrieve data by mining the principles of information security.

The four principles of modern-day cryptography are as follows:

The art of cryptography is born along with the art of writing. After civilization, people got organized into groups, kingdoms, and tribes and made to enlighten the idea of battle, politics, supremacy, and power. These ideas lighten the need to maintain the secrecy of data, and people also want to share their data with the selective recipient that ensures the continuous evolution of cryptography.

After the European Renaissance, several Papal and Italian states led to the rapid growth of cryptographic techniques. There are various techniques and analyses are developed and used to crack the secret code.

Data encryption continues to evolve, and it leads to a long history.

The scientific field of providing security for data by reversible alteration of data is known as cryptography. Cryptography algorithm which means the alter of data from readable format(Plaintext) to a protected format(ciphertext) and converting back to the readable format. Encryption is a process of changing plaintext to ciphertext. Decryption is a process of changing ciphertext to plaintext.

There are three main types of Cryptographic algorithms. They are as follows:

Asymmetric Key Cryptography uses a pair of keys to encrypt and decrypt the data. It is a public key where one key is used for encryption and the other for decryption.

Hash functions use a single mathematical transformation of data and are hard to reverse. A hash value with a fixed key length is calculated using plaintext, and that makes it difficult for plaintext to be recovered.

Cryptology combines the technique of cryptography and cryptanalysis.

The following are the several components of a cryptosystem:

There are two types of encryptions based on which encryption and decryption are carried out in the system. They are as follows:

A person using symmetric key encryption has to share a common key that is used to exchange information or data. Keys are required to change frequently to prevent any attacks on the system. A robust mechanism is required to exchange the key between the parties that are communicating.

The length of a key in this encryption is smaller. Thus the process of encryption-decryption is faster than asymmetric key encryption. processing power of the computer system is required to run the symmetric algorithm less.

Every user in this system is required to have a pair of different keys, private key, and public key. These keys are related mathematically where one key is used to encrypt, and the other key is to decrypt the ciphertext to plaintext. It is required to safeguard the private key and the public key in the public repository. This process of encryption is called Public Key Encryption. Public and private keys users are related; it is computationally not feasible to find one from another.

When Host1 needs to send data to Host2 from the repository, encrypts the data, and transmits. The length of the keys in this encryption is large, and the process of encryption and decryption is slower than symmetric key encryption. The processing power of the computer system required to run the asymmetric algorithm is higher.

How do various algorithms work?

The working process of various algorithms are as follows:

Transposition Ciphers: The transposition ciphers is a method of encryption by which the positions are held by the units of plaintext that are shifted as a regular system. Hence the ciphertext constitutes a permutation of the plaintext.

Example: Consider a Plaintext “SEE YOU SOON” and change their positions to the key used in th

Substitution Cipher: Substitution Cipher is the method of encryption done by which the unit of plaintext is changed with ciphertext, as per the fixed system. The units may be single letters, pairs of letters, triplets, mixtures of the above, etc.

Example: Consider a plaintext, using the Substitution Cipher method we are going to replace with ciphertext.

Stream Cipher: Stream cipher is a symmetric key where plaintext digit is joined with the pseudorandom cipher digit stream which is called a keystream. Each plaintext digit is encrypted at a time with the respective keystream digit, to analyze the digit of the ciphertext system.

Block Cipher: A block cipher is an encryption technique that applies the algorithm along with a symmetric key to encrypt a block of text, rather than encrypting one bit at a time as in stream ciphers.

RSA Algorithm: RSA stands for Rivest, Shamir, and Adelman inventors of this technique. It is an asymmetric algorithm that is used by modern systems to decrypt and encrypt messages. Both public keys and private keys are used as a key pair generator.

Download the CrypTool version and let’s try to create the RC4 stream cipher.

To create the RC4 stream cipher, do the following steps:

To attack the stream cipher, do the following steps:

The following are the benefits of using Cryptography.

Along with the best benefits, there are few drawbacks of using Cryptography. There are as follows:

The use of robust encryption algorithms is essential to safeguard the information and data shared over the internet and to avoid any threats of attacks. Cryptography provides the best techniques that aim to protect the most confidential information. To know more about cryptography, check out our training program that helps you to learn the most modern methods of cryptography. 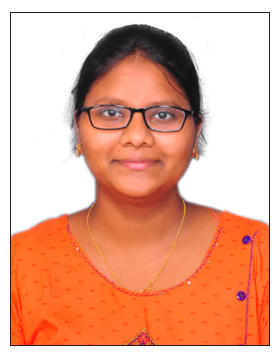