From writing queries to handling servers, the DBA wears many hats during their job tenure. This write-up aims to put together a comprehensive guide of Oracle WebLogic tutorial to help you learn and make the most of this software.
In today's modern business world, several stand-alone systems must be built and are expected to "speak" to one another in a seamless manner. In reality, no self-respecting industry can now claim to be competitive if it relies on a single system – or even a collection of them with incompatible data output formats – since the modern client demography will not allow it. However, there is a solution: WebLogic Server is a system that can bridge various data connection requirements and manage system integration properly.

What is Oracle WebLogic?

Oracle WebLogic is a platform that allows a server to run as an application that is responsible for running, deploying, and developing multi-tiered distributed Java applications. It acts as a bridge between the applications that are hosted on it. Oracle Corporation has been the popular OLTP (Online Transaction Processing) platform in today’s market and WebLogic has been among the top tools that have made it the top contender in the industry.

WebLogic Application Server is updated on a regular basis, and there have been 30 versions released so far. The following are the most recent five version releases:

Features and Uses of Oracle WebLogic

In today's business world, Web and e-commerce apps are required to help you enter new markets faster, develop new ways to contact and retain customers, and quickly introduce new products and services. You'll need a proven, dependable e-commerce platform that can connect and empower all types of users while also integrating your corporate data, mainframe applications, and other enterprise applications into a powerful, flexible, end-to-end e-commerce solution to build and deploy these new solutions. To manage your most essential enterprise-scale computing, your solution must give the performance, scalability, and high availability that you require. WebLogic Server is the industry's top e-commerce transaction platform, allowing you to easily design and deploy dependable, secure, scalable, and controllable applications. It takes care of system-level complexities, allowing you to focus on business processes and execution.

The architecture of Oracle WebLogic

Oracle WebLogic is a 3-tier web server model which is built up with the following components:

Client Tier: User-executed applications, such as Web browsers and network-capable application programs, reside in the client tier. Almost any programming language can be used to create these programs.

Middle Tier: WebLogic Server and additional servers that are directly addressed by clients, such as current Web servers or proxy servers, make up the intermediate tier. In the middle layer, there's a WebLogic Server, as well as proxies and firewalls. This is the tier that sits between the front-facing external apps (the “Presentation or Client Layer” – typically browser-based interfaces with the outside world) and the database servers (the “Backend Layer” – data storage servers).

Domain: A domain is the highest level of an environment's definition. It holds all of the domain's managed servers' shared configuration and resources. A single AdminServer is required. It can have a range of managed servers from zero to many. Managed Servers can be distributed across numerous machines in a cluster (HA). You can have a single domain for all apps or separate domains for different functional areas. It's entirely up to you.

Managed Server: This is the Java Virtual Machine (JVM) that executes your program (This is comparable to OC4J). Applications can be deployed to a single managed server, many managed servers, or the entire cluster of managed servers. To improve high availability, managed servers can be clustered (HA).

Node Manager: A Java process that can be used to control managed servers. There is a script-based version available, however, it should not be used. When dealing with clusters that span multiple servers, this is a must. Per-server, a single node manager can be used. Domain-specific node managers are encouraged in WebLogic 12c.

What are the different servers available?

Application Server: Web and EJB containers are found on the application server. It may be used for servlets, JSPs, struts, JSF, and EJBs, among other things. It's a component-based solution that's part of a server-centric architecture's middle tier. It offers state management, security, persistence, and data access through middleware services. It's a type of server that's designed to install, run, and host IT services, end-users, and companies' associated services and applications.

Web Server: Only the web or servlet container is present on the webserver. It may be used for servlets, JSPs, struts, and JSFs, among other things. It isn't compatible with EJB. It is a computer that can store web content. In general, web servers are used to host websites, however other web servers, such as FTP, email, storage, and gaming, are also employed.

How can we create WebLogic Domain?

By selecting the product components to include in your domain or selecting domain template JAR files, the Configuration Wizard walks you through the process of building a WebLogic domain for your target environment. You may also tailor the domain to your needs by adding and configuring Managed Servers, clusters, and machine definitions, as well as modifying pre-defined JDBC data sources and JMS file store directories.

In the following situations, you may want to personalize your domain:

When utilizing the default options, you can construct a multi-server or clustered domain. Single-server domains are created by all predefined WebLogic Server templates (those included with WebLogic Server).

As per Oracle WebLogic documentation, deployment of WebLogic Server can be of the following types:

Nostage mode: The archive files are not copied from their original place by the Administration Server. Instead, for deployment, each targeted server must access archive files from a single source directory. Across deploy a J2EE application to three servers in a cluster, for example, each server must be able to access the same application archive files (from a shared or network-mounted directory).
When simply deploying to the Administration Server, the default mode is Postage (for example, in a single-server domain). If you're running a cluster of server instances on the same system, you can also use no stage mode.

A sub deployment is a mechanism for grouping and targeting JMS module resources (such as queues, topics, and connection factories) to a server resource. For example, in a sub-deployment tailored to a specific JMS server, you can group a connection factory with stand-alone queues or topics, ensuring that all of these resources are co-located to prevent additional network traffic. Another benefit of this arrangement is that if the targeted JMS server needs to be transferred to a different WebLogic server instance, the connection factory and all of its connections will migrate with it. A connection constructor can only be targeted to the same JMS server when stand-alone channels are members of a sub-deployment.

WebLogic Servers are for companies with the computational power to run the service and the financial means to pay the high costs – or for those that see it as an investment in ensuring their digital environment is up and running. WebLogic appears to be a good choice of server experts. While there are alternative servers with identical capabilities, one of WebLogic's advantages is its outstanding interoperability with Oracle's other products. Hence, going through the WebLogic tutorial will help you have a deeper understanding of the server. 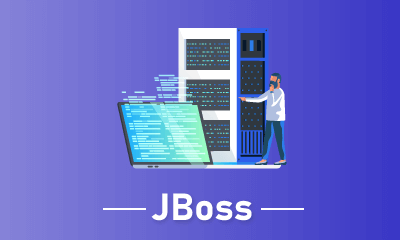