Hyperledger is widely contributing in this matter and has enabled users to simply keep up the pace when it comes to recording the transactions on a network. It is basically an umbrella project that was founded by the Linux Foundation. It is purely based on open-source blockchains which is one of the best things about it and useful for supporting the collaborative development of distributed ledgers that are based on Blockchain technology. This tutorial gives you an overview and talks about the fundamentals of Hyperledger.

Record keeping has become a supreme need for almost every business in the present time. The fact is things are becoming more and more complex and business owners really don’t need to compromise with efficiency just because of human errors.

When it comes to running any organization, the first thing that largely matters is nothing but maintaining the ledger that keeps a record of general transactions and other important tasks. Gone are those days when the ledger was prepared/updated manually.

Almost every type of distributed ledger solution can simply be developed through it. One of the best things about this technology is its security. When it comes to the same, users have no reasons to worry at all. In the ledgers developed through this approach, users are always free not to worry about resiliency, scalability, confidentiality, as well as flexibility. Let us explore some important key points about this approach.

It is widely regarded as a collaborative effort that is open-source in nature and has been created for a simple aim and i.e. to enhance blockchain technologies in the cross-industry.

If you think Hyperledger supports cryptocurrency or bitcoin, you are probably wrong. Many users confuse it with the same because it is based on the blockchain approach. Blockchain technology is known for its visibility and supreme features

When it comes to smart contract technologies and open-source blockchain, it is basically regarded as the umbrella for the same. The Linux Foundations run many projects and Hyperledger is one among the same.

This project is a global collaboration that includes some of the well-known leaders in finance, the Internet of Things, banking experts, supply chain management professionals, as well as several manufacturing units.

One of the primary aims of this project is to make the protocols and developing standards of digital ledgers more and more visible through joint efforts. Assuring different components for the different users for the development is another thing about this project.

What is Hyperledger Fabric

Hyperledger Fabric is basically a well-known platform when it comes to distributed ledger solutions. It is one of the permission infrastructures based on blockchain by IBM.

Some users often view it as the actual digital asset which performs some of the very useful tasks between the nodes and the members accessing the services. All the organizations which are registered as members can access the ledger data and the other applications.

The fabric is purely based on the peer nodes and always makes sure of the endorsed transactions. In addition to this, it also performs a very important task and i.e. to regulate the identities of members and their actual roles.

The architecture of the Hyperledger project simply follows a design philosophy that is purely based on a modular extensible approach.

In addition to this, it makes sure of solutions that are highly secured, interoperability, a reliable API. Some of the important components defining the architecture are spotlighted below

HyperLedger comes with a very large number of benefits and users can simply make sure of the same without doing much.

Most of the benefits that can be driven from this approach are having long-term validity. In addition to this, organizations can simply save a lot of future costs by adopting this wonderful approach

The Hyperledger comes with a rich API that simply makes sure of reliability and proper functionality of the same without compromising with anything. The users can simply make sure that there are no authenticity-related problems that they have to deal with while working on this.

The interference of the many important tasks can simply be made easy because of the different API’s present in this technology.

These API also make sure that there will be no compatibility-related problems in the approach and one of the best things is there are several features that are available for this. Some of the available API’s in this approach are:

Pros and cons are common in any approach and the fact cannot be denied that even one of the well-known approaches has some issues related to them. HyperLedger is a good approach that businesses can trust for the long run.

However, it is true that it comes with several issues that seem to be very daunting. There is always a compromise that users need to make when it comes to expectations.

Accessing the digital ledger needs a lot of tasks to be performed with reliability and care. In addition to this, users have to bear challenges that can only be resolved through experts.

The Blockchain is one of those technologies that spread widely in a short span of time. It was launched in the year 2008 and because it is related to bitcoin, many users think that Hyperledger is also related to the same.

Well, the fact is Hyperledger is based on blockchain and it doesn’t have any application with bitcoin. The blockchain is alike a public ledger and the fact is all the information remains available on the blockchain publicly.

Although the identity of the source is not known, the users can always simply make sure of transparent transactions in a very reliable manner. 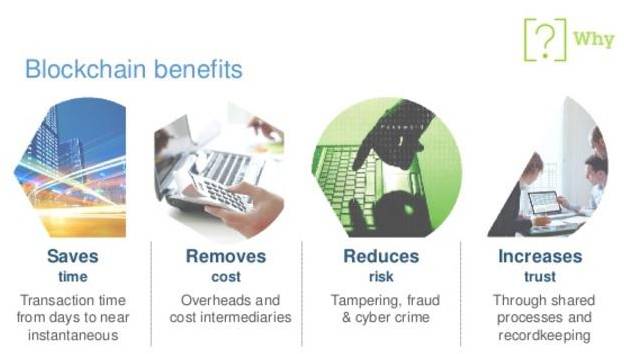 There are many small-scale applications that are required in the Hyperledger. This is because different organizations have different needs and the task varies largely.

With the Hyperledger fabric docker, it is possible to develop applications that are not just reliable but are very effective in performing a very large number of important tasks.

So this is all about the HyperLedger technology. Although it is a new project by the Linux Foundations, it has got a lot of popularity in a short time period.

IT simply lets organizations have a digital ledger that is free from all the bugs and can simply be considered for the long run. The users can also make sure of reliability in the modular identity services with this approach.