SpecFlow and Cucumber help you to segregate test automation and requirements, as well as provide extra code structuring capabilities. Both tools are implemented for the.NET platform and Microsoft environment to write behaviours in your native language and display the results in an Excel table format. In this blog on SpecFlow Vs Cucumber, we will explain everything you need to know about how it's employed in test automation.

Specflow is a BDD-supporting testing tool for the.NET platform. It is an open-source framework that is hosted on GitHub. It aids in the creation of ATDD acceptance test drivers for.NET applications (Acceptance test driver development). Some of the tools for building tests under the BDD methodology include Cucumber/JBehave for Java, Lettuce for Python, Jasmine for Javascript, and Specflow for.NET.

Cucumber is a behavior-driven development testing tool (BDD). It’s a software program used by testers to create test cases for software behaviour testing. Cucumber is a valuable tool for creating acceptance test cases for automation testing. It is mainly used to develop acceptance tests for web applications based on their features' behaviour. It is written in Gherkin, which is a simple English language.

Cucumber was initially written in Ruby before being transferred to the Java framework. Both tools have native JUnit support. Cucumber, among other things, can be paired with Selenium, Watir, and Capybara. Java, Perl, PHP, Python, and.Net are among the programming languages supported by Cucumber. 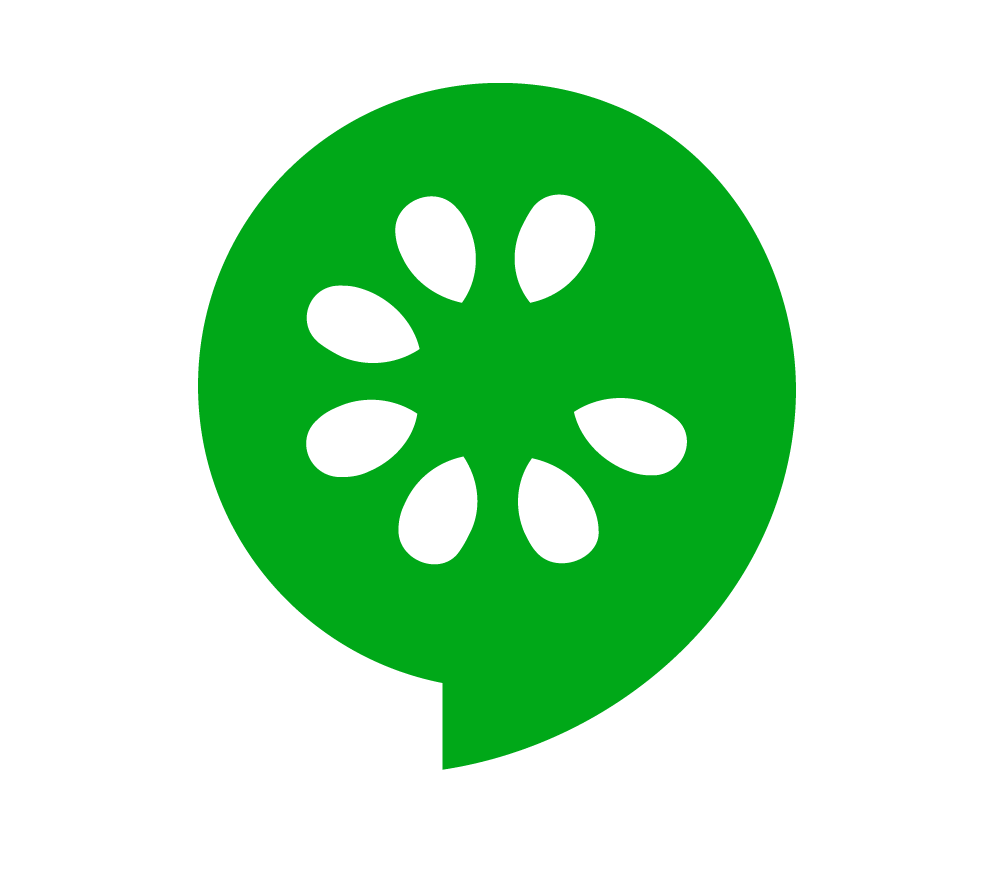 What companies use Cucumber?

Cucumber is most commonly used in the Computer Software business and by companies in the United States.

What companies use SpecFlow?

Below listed are the companies using SpecFlow:

What tools integrate with Cucumber?

Tools integrated with cucumber are as follows:

What tools integrate with SpecFlow?

Tools integrated with SpecFlow are as follows:

Pros of Cucumber and Specflow 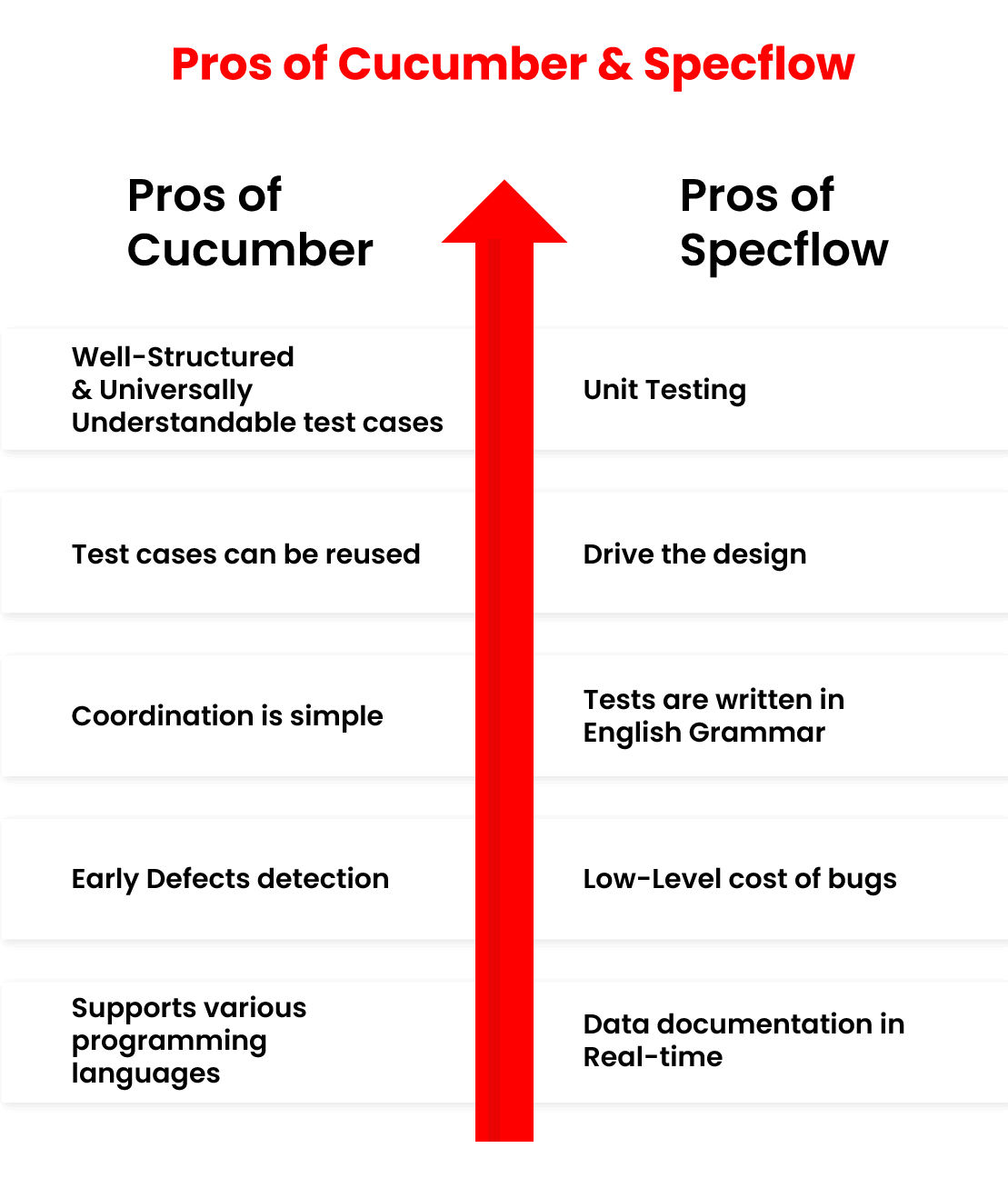 Top Comparisons between Cucumber and SpecFlow

There are many differences between Cucumber and SpecFlow. A few of them are listed below: 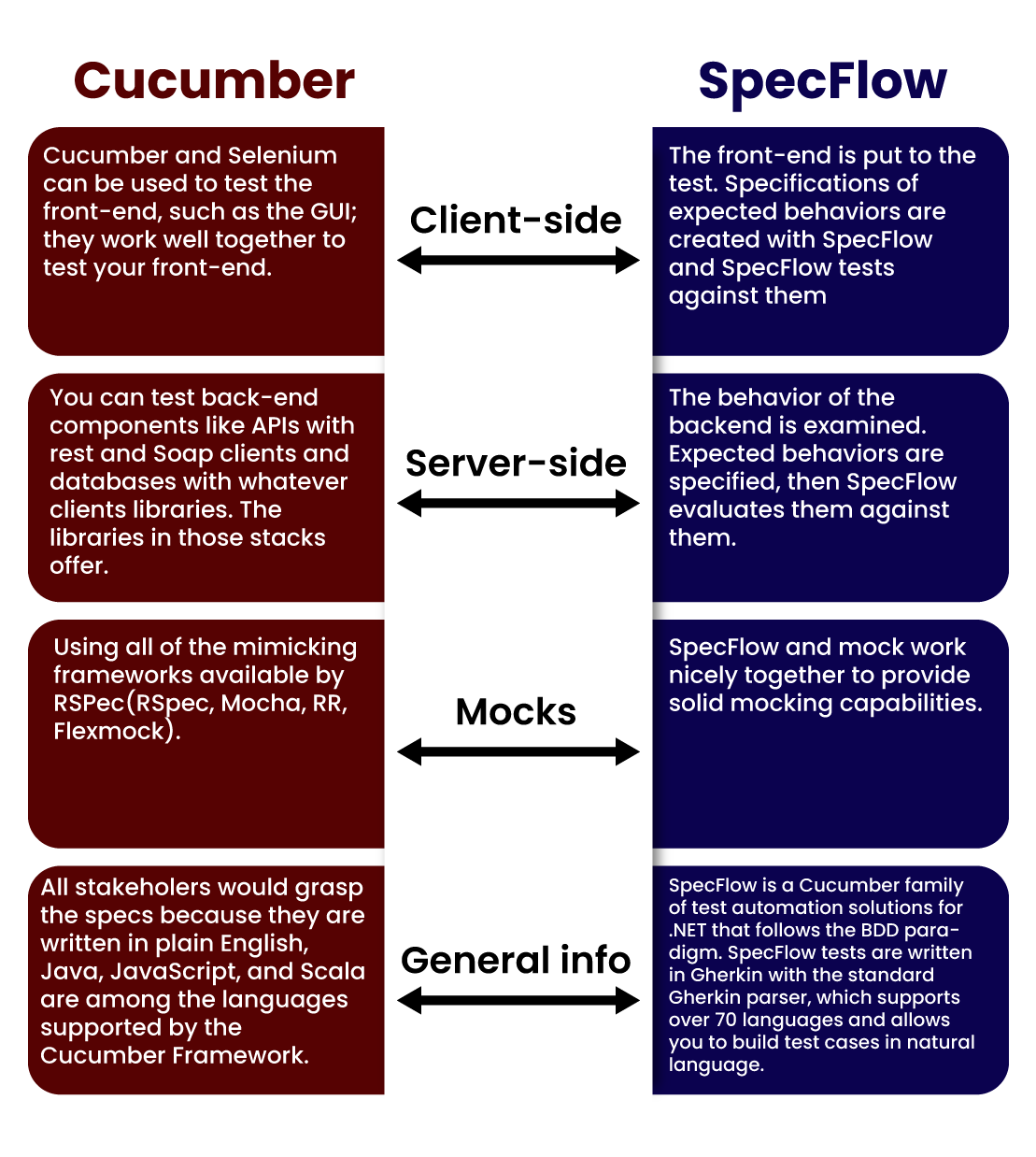 What are some alternatives to Cucumber and SpecFlow?

Below listed are some of the tools that can be used as alternatives for Cucumber and Specflow:

Now that you've seen the thorough comparison between Specflow and Cucumber, it's up to you to make your decision. There are minor distinctions between them, despite the fact that they are both capable of testing tools. We hope that the above information helps you to choose the best tool you require.