What is Spike Testing : A Definitive Guide

What is Spike Testing

Spike Tests vs. Other Performance Tests

Advantages and Disadvantages of Spike Testing

What is Spike Testing

Spike testing is referred to as a software performance testing type that is done by a sudden increase or decrease in the load on the software application or the system. This load is generated by a large number of users. During this time, the system’s behavior is constantly monitored. The primary objective of spike testing is to comprehend whether the system is going to survive or fail in the situation of a dramatic change in the load.

The objective of spike testing is to figure out how the system will be responding to unforeseen rise and fall in the user load. In the world of software engineering, this process helps comprehend system performance. Here is what can be expected out of a spike testing:

Spike tests have been segregated into three types, such as: 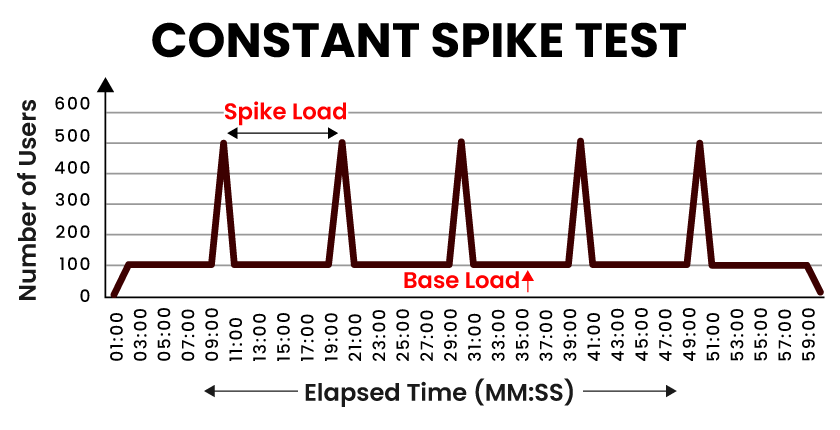 A constant spike load can be applied to a server after a specific time interval. All of the spikes have similar heights in this type, meaning that they have the same load. 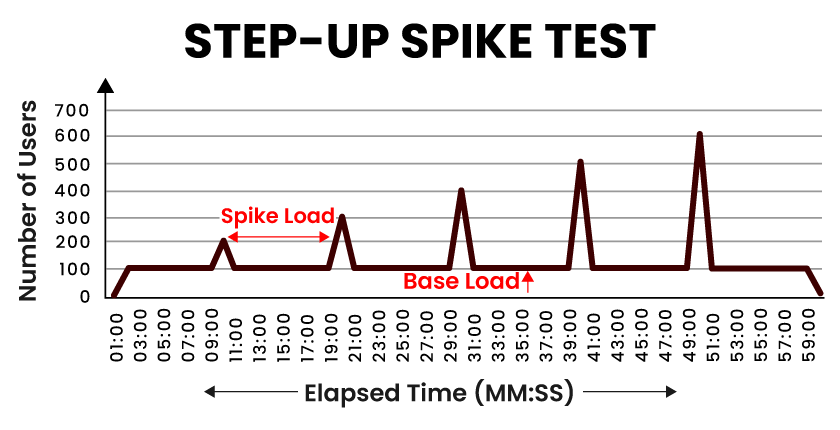 In this spike test, a gradually increasing spike load is applied to the server after a certain time interval. Here, the response time should be evaluated at every spike and analyzed the deviation from the baseload response time. 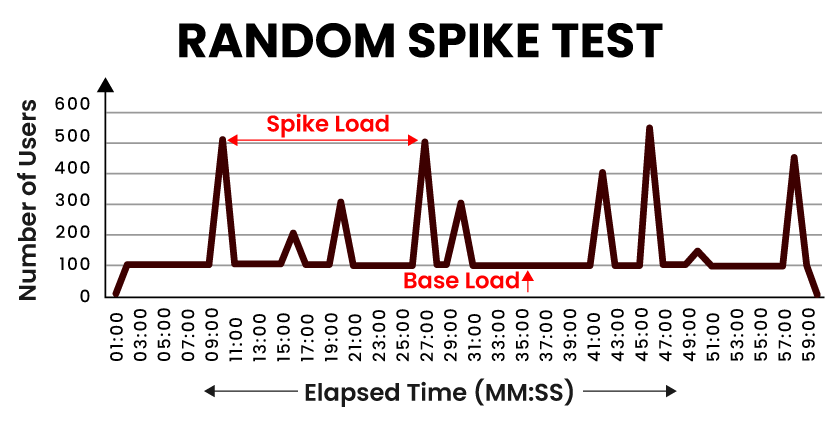 In this type, a random spike load is applied to the server at random intervals. Such a test type is conducted for an application that often gets spikes in the production environment.

Spike Tests vs. Other Performance Tests

Although spike tests come under the load testing category, they are not the same as every other load test. For instance, the goal of performing load testing is to evaluate the system’s behavior under normal conditions and load spikes. Unlike spike testing, load tests are generally performed with different loads, over a variety of time periods.

Stress tests, on the other hand, are the same as spike tests. However, they concentrate more on discovering the maximum capacity of users before the system crashes. Stress tests assess an application by consistently increasing the user load until the entire system starts malfunctioning.

First of all, a test environment is set up to execute successful testing. This step aims to get an adequate quality testing process.

Once the environment has been set, the extreme load that the system can resist is discovered. It refers to the maximum number of users that can use the software application or the system simultaneously.

3. An Increment of the Load to Peak

In this step, the load on the software application or the system is increased to the peak point. This step is executed abruptly, which means the load is not increased gradually but suddenly.

At this step, the system’s behavior is monitored under the load on the peak point. The objective here is to find out whether the system is going to crash or survive under the increased load.

5. A Decrease in the Load to Zero

At this point, the load is suddenly decreased to zero or minimum possible load. This step is executed abruptly as well.

The system’s performance graph, which was formed by suddenly increasing and decreasing the applying load, is evaluated. With this step, the objective is to assess the kind of spikes that were formed.

Advantages and Disadvantages of Spike Testing

As far as spike testing scenarios are concerned, jotted down below are some examples that may help you understand this concept better:

Three primary recovery scenarios can be easily configured to safeguard against spikes, such as:

Coming to the tools that you can use for spike testing, two of them have been preferred and acknowledged all around. They are:

The Apache JMeter is a java open-source tool for spike testing. Specifically, it has been designed to measure performance and load functional test behavior. Also, this testing tool can be used to measure and evaluate the performance of web applications along with several other services as well.

Loadrunner is another load testing tool that is used for Linux and Windows. It enables spike testing of websites and other relevant apps. Also, LoadRunner helps determine the performance and output of an application even during the times it’s under a heavy load.

In an overview, spike testing is a software testing method that is used for testing the unusual increase and decrease in the load. The unexpected load is the primary attribute of the entire deal. Since there are tools available to help with this process, there should not be any major issues whatsoever.