If you're looking for Windows Networking Interview Questions for Experienced or Freshers, you are in the right place. There are a lot of opportunities from many reputed companies in the world. According to research Windows Networking has a market share of about 89.7% according to network applications. So, You still have the opportunity to move ahead in your career as Windows Specialist. Mindmajix offers Advanced Windows Networking Interview Questions 2022 that helps you in cracking your interview & acquire your dream career as Windows System Admin Specialist.

2. What is the use of NIC? Can a computer work without NIC in-network?

5. Tell me different types of networks along with their area of usage.

6. Can you tell me the most basic use of a switch in networking

7. In which topology centralized device is used for connectivity?

8. Name a topology that uses coaxial Cable and terminators

9. Explain the mechanism in a ring topology

10. Explain the mechanism used in a mesh topology

Computer Network can be defined as a set of computers connected with each other to communicate and share resources such as software, hardware, and data.

2. What is the use of NIC? Can a computer work without NIC in-network?

NIC stands for Network Interface Card. NIC is the bridge between computer and network.
Without NIC Card, the computer cannot connect to any network. It can also be called an Ethernet card or Network Adaptor.

Network topology is the physical structure of computers. It states the way computers, cables, devices, etc. are connected with each other.

Node: Node can be described as a point or joint where the connection is built. Any device connected in-network is considered a node. To establish a network, two or more nodes are required. 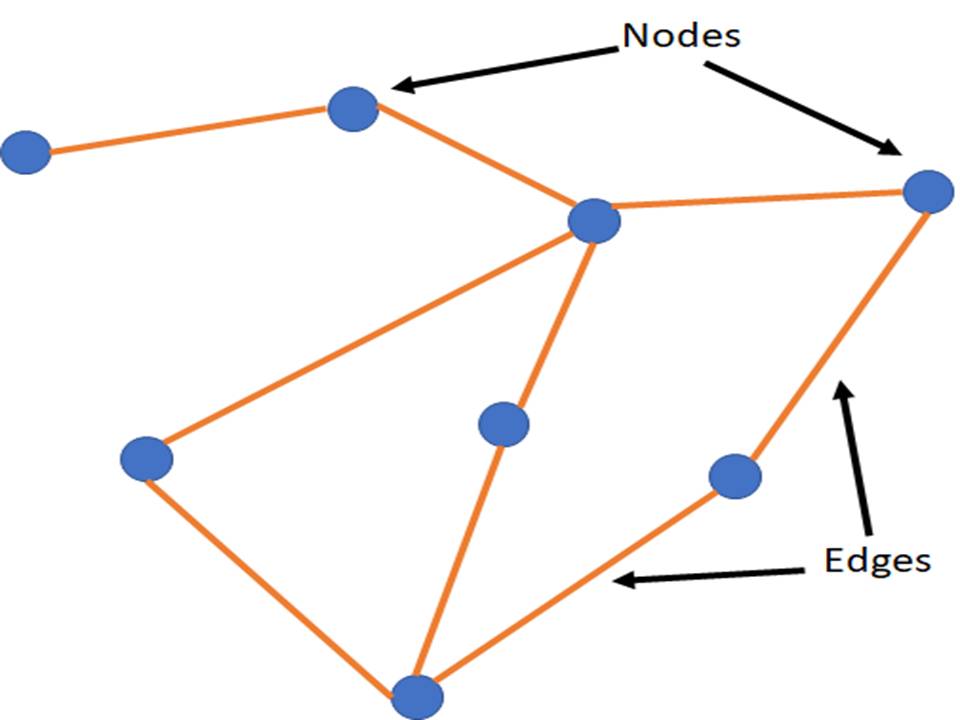 Router: Routers can be termed as a device through which network segments are connected. These network devices save information like routing tables, hops, etc. By using this information, routers can determine the best path available to transfer the data from source to destination.

5. Tell me different types of networks along with their area of usage.

6. Can you tell me the most basic use of a switch in networking

The switch can connect various computers together. For instance, 7 port switch can join 7 computers in a single network

7. In which topology centralized device is used for connectivity?

Star topology utilizes a hub or switches as a centralized device for connectivity.

8. Name a topology that uses coaxial Cable and terminators

9. Explain the mechanism in a ring topology

In a ring topology, every computer is connected with two more computers and this is how the loop will be formed. Here the data will be flown only in a single direction.

10. Explain the mechanism used in a mesh topology 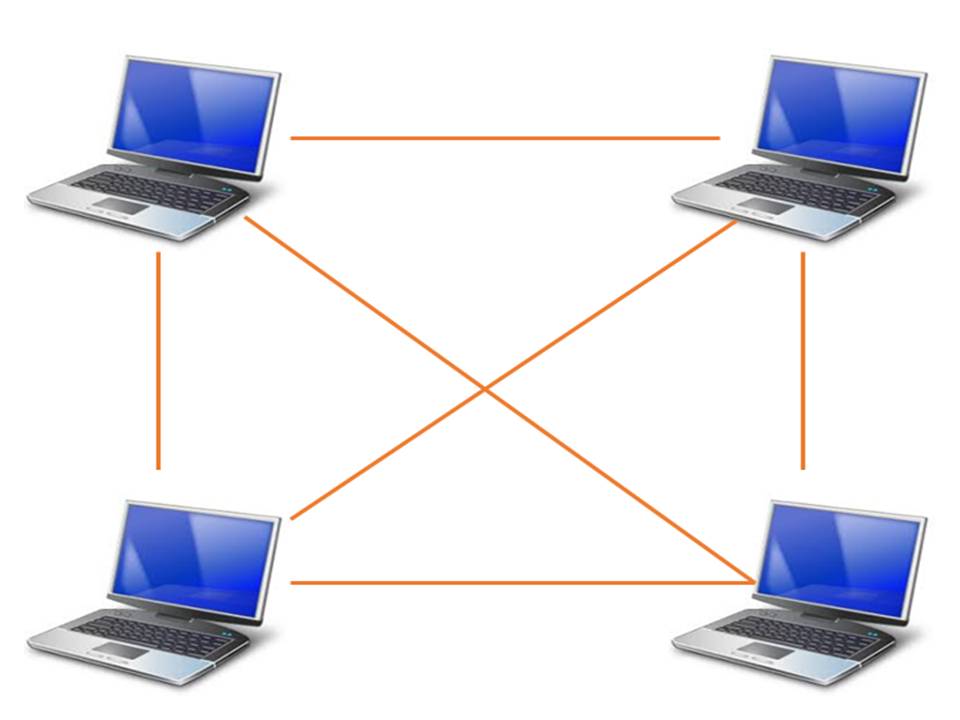 11. Describe the pros and cons of Bus topology.

Pros: Bus topology incurs the lowest cost amongst all the topologies available.

Cons: In a Bus topology, all the devices are connected with a single cable. So if the main cable breaks then the whole network will be affected.

The hybrid topology consists of more than one topology in the same network. For example, hybrid star-bus topology, here multiple star topologies are joined with single bus topology.

13. Please explain the potential difference between the Internet, Intranet, and Extranet.

These terms can be described as a way network applications are being accessed.

Internet - Everyone and anyone around the world can access the applications

Intranet - Only authorized users from the organization can access the application for which it has been built.

OSI -Open System Interconnection. OSI Model describes the way application interacts with each other over a network.

TCP/IP - Transmission Control Protocol / Internet Protocol - It is the most widely used protocol.

It describes how data should be packaged, transferred, and routed in the network.

HTTPS: It is a secure HTTP. To avoid tampering with data, HTTPS encrypts data packets transmitted in the network. It uses TCP port 443.

17. Explain the difference between transmission and communication.

Transmission: Data is transferred from source to destination. This involves the physical movement of data

18. What are the data transmission modes available to transfer data over a network?

There are 3 data transmission modes available to transmit the data

1. Simplex: Data transfer can be established only in one direction. For example radio signal

2. Half Duplex: Data transfer can be established in both directions but not at the same time. For example internet browsing, once we send a request to the server then the server will process it and show us the results

3. Full Duplex: Data transfer can be established in both directions simultaneously. For example phone communication.

19. Full form of IDEA and ASCII

DNS is Domain Naming Server. It is the bridge between domain names and IP addresses. The computer only gets numbers whereas humans only remember names. For example, gmail.com is the name given by humans but when we hit gmail.com, DNS translated it to numbers and process our requests.

Ipconfig: Internet Protocol Configuration. This command is used for viewing and configuring the network interface on Microsoft Windows. It is also used to identify DHCP protocol and DNS settings.

Ifconfig: Interface Configuration. This command is for Linux, Mac, and Unix OS. Through this command, we can configure and control the TCP/IP network interface from the command line. We can see the IPs of these networks using this command.

Round Trip Time can also be known as Round Trip Delay. It is the total time taken by a signal to reach the destination node and come back to the sender node with acknowledgment.

If any problem in the network is identified and repaired by the network itself then it is known as beaconing. FDDI and token ring use this mainly.

25. Is there any way to recover the data of a system that is infected by a virus?

26. Differentiate between baseband and broadband transmission

Crosstalk is the disturbance generated by adjacent wires.

28. Explain the use of tracert

Tracert is a tool used to list the path taken by a data packet from the router to the destination node. It also mentions the count of total hops taken in the entire route.

Netstat is a command-line tool. It is used to list out all important TCP/IP settings of a connection.

30. If you use longer cables than the preferred ones, will it make any difference?

If we use longer cables than the preferred ones, it will cause a signal loss in transmission.