Automation of tasks plays a crucial role in almost every industry. Moreover, it’s one of the instant methods to accomplish functional efficiency. However, a lot of us simply fail to comprehend how tasks can be automated. So, in the end, they get tangled in a loop of manual labor, doing the same thing time and again.

This becomes even more difficult for those professionals who deal with a variety of workflows, such as accumulating data from several databases, preprocessing the data, and uploading and reporting the same.

Apache Airflow is a tool that turns out to be helpful in this situation. Whether you’re a software engineer, data engineer or data scientist, this tool is useful for everybody. So, if you’re trying to look for a job in this domain, this post covers some of the latest Airflow interview questions for beginners and professionals to go through.

Airflow Interview Questions and Answers 2022 (Updated) have been divided into two stages they are:

Are you a beginner in the field of Airflow, and you’ve just started giving interviews now? If yes, these Airflow interview questions for beginners will be helpful to a great extent.

1. How will you describe Airflow?

Apache Airflow is referred to an open-source platform that is used for workflow management. This one is a data transformation pipeline Extract, Transform, Load (ETL) workflow orchestration tool. It initiated its operations back in October 2014 at Airbnb. At that time, it offered a solution to manage the increasingly complicated workflows of a company. This Airflow tool allowed them to programmatically write, schedule and regulate the workflows through an inbuilt Airflow user interface.

2. What are the problems resolved by Airflow?

Some of the issues and problems resolved by Airflow include:

3. What are some of the features of Apache Airflow?

Some of the features of Apache Airflow include:

4. How does Apache Airflow act as a Solution?

Airflow solves a variety of problems, such as:

5. Define the basic concepts in Airflow.

Airflow has four basic concepts, such as:

6. Define integrations of the Airflow.

Some of the integrations that you’ll find in Airflow include:

7. What do you know about the command line?

The command line is used to run Apache Airflow. There are some significant commands that everybody should know, such as: 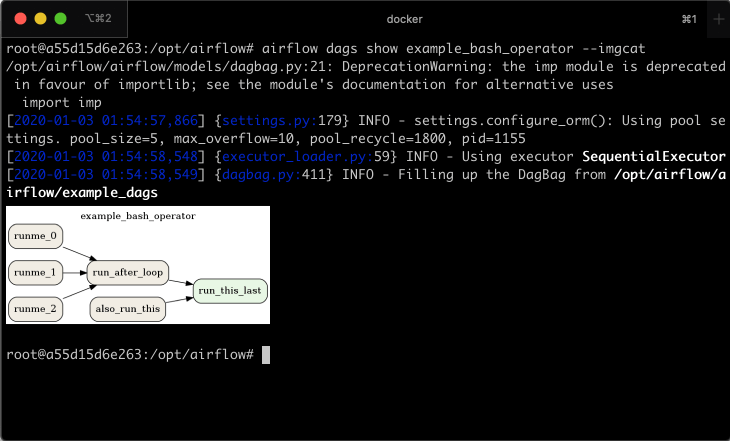 8. How would you create a new DAG?

There are two different methods to create a new DAG, such as:

Cross Communication (XComs) is a mechanism that allows tasks to talk to one another. The default tasks get isolated and can run on varying machines. They can be comprehended by a Key and by dag_id and task_id. 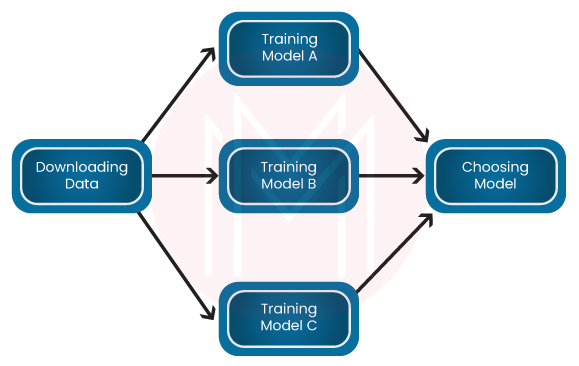 Jinja templates assist by offering pipeline authors that contain a specific set of inbuilt Macros and Parameters. Normally, it’s a template that contains Expressions and Variables.

If you’ve been a professional in the Airflow domain and are thinking of switching your job, these Airflow interview questions for professionals will be useful during the preparation.

1. Explain the design of workflow in Airflow.

To design workflow in this tool, a Directed Acyclic Graph (DAG) is used. When creating a workflow, you must contemplate how it could be divided into varying tasks that can be independent. And then, the tasks are combined into a graph to create a logical whole. 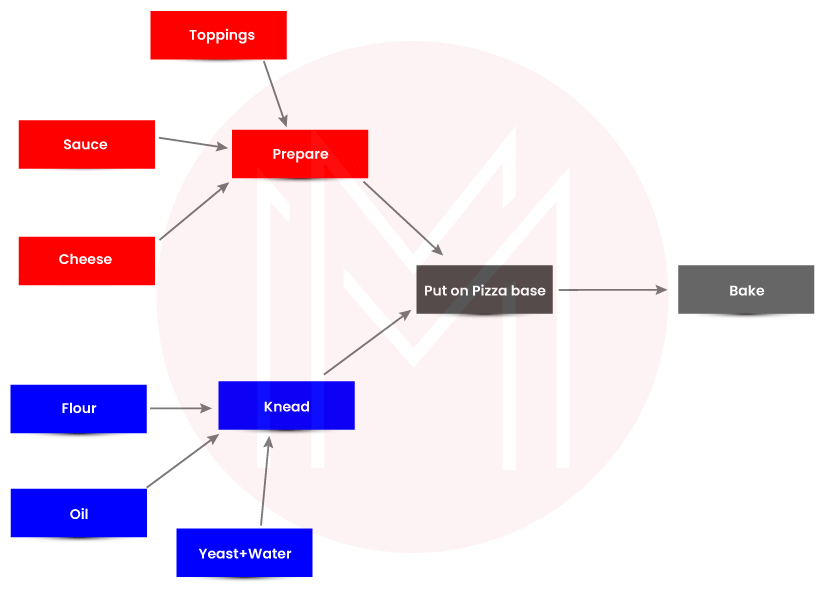 2. What do you know about Airflow Architecture and its components?

There are four primary Airflow components, such as: 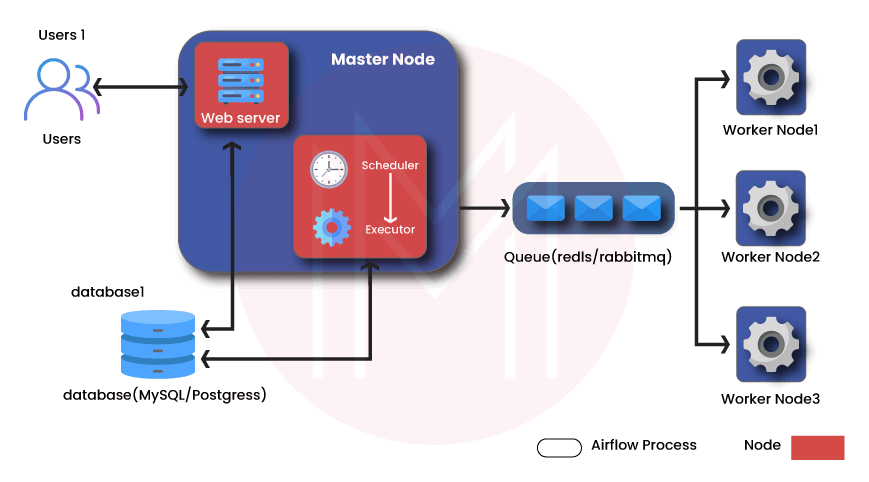 3. Define the types of Executors in Airflow.

The Executors, as mentioned above, are such components that execute tasks. Thus, Airflow has a variety of them, such as: 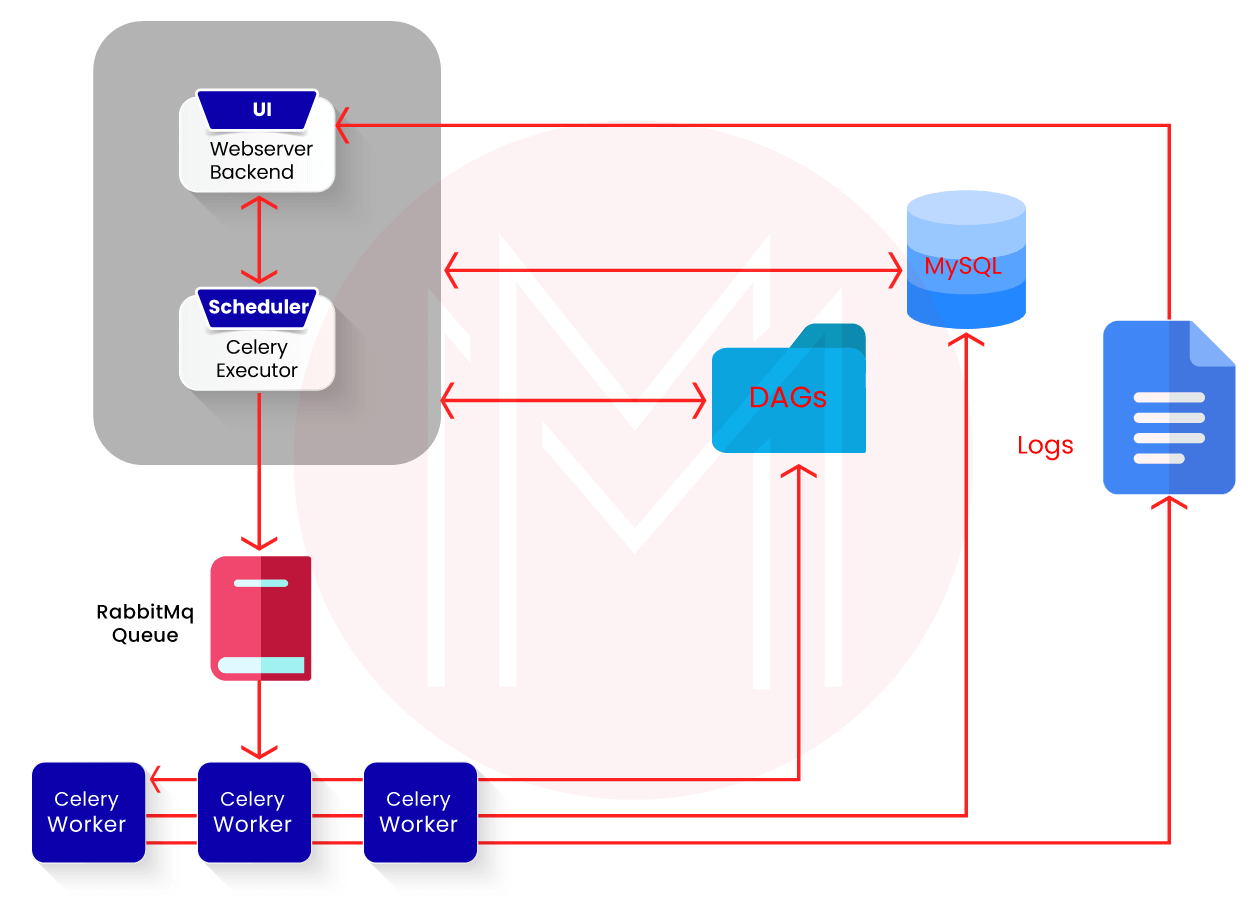 4. Can you define the pros and cons of all Executors in Airflow?

Here are the pros and cons of Executors in Airflow.

5. How can you define a workflow in Airflow?

To define workflows in Airflow, Python files are used. The DAG Python class lets you create a Directed Acyclic Graph, which represents the workflow.

You can use the beginning date to launch any task on a certain date. The schedule interval also specifies how often every workflow is scheduled to run. Also, ‘* * * * *’ represents that the tasks should run each minute.

6. Can you tell us some Airflow dependencies?

Some of the dependencies in Airflow are mentioned below:

7. How can you restart the Airflow webserver?

8. How can you run a bash script file?

The bash script file can run with this command:

9. How would you add logs to Airflow logs?

We can add logs either through the logging module or by using the below-mentioned command:

10. How can you use Airflow XComs in Jinja templates?

We can use Airflow XComs in Jinja templates through this command:

Once you’re backed up by the right type of preparation material, cracking an interview becomes a seamless experience. So, without further ado, refer to these Airflow interview questions mentioned above and sharpen your skills substantially.