Appium is a mobile application UI testing framework that is open-source and freely available. It offers automation tests on both physical devices and emulators or simulators and supports native, web  and hybrid application testing. This tutorial walks you through the fundamentals and advanced features of the Appium Automation testing tool.

What is Appium Testing?

Appium tool itself has a framework that translates Selenium scripts into UI Automation (iOS) and UIAutomator (Android) commands based on the device type and not by the OS type.

Based on the coding platforms, mobile apps are differentiated as follows:

Native Apps: Native apps are those where the mobile applications are built on iOS SDK and Android SDK.

Hybrid Apps: Using cross-platform coding platforms, the developers will be able to write the code and this can be eventually used for iOS, Android platforms. The codebase will be the same and the users will be able to generate iOS and Android apps separately.

Web Apps: Mobile applications are built in such a way that they access mobile browsers and work exactly like an application. Appium supports the Safari browser for iOS platforms and chrome in the Android platform.

Appium is an HTTP server but written in NodeJS which internally creates and also handles the web driver sessions. If we compare the Appium web server and the Selenium Web Driver, the approach is very similar.

So basically, the Selenium Web driver actually receives the HTTP requests from the client libraries via JSON, and then it handles these requests differently.

Appium is nothing  but an HTTP server that is written in node.Js

The appium architecture is the same as that of the Selenium Webdriver Server. So, basically, this is how the Appium tool works:

The Appium tool only supports iOS and Android and doesn’t support the Windows platform. The Appium architecture is different from iOS to Android.

In the same manner, if the Appium server sends the commands to Android, then these commands are further sent across to UI Automator. To support UI Automator, the system needs a bootstrap Jar.

What are UI Automator and UI automation API?

UI Automation API is nothing but a service provided by Apple where the users can write the test scripts and ultimately iOS apps can be automated.

UI Automator API is nothing but a framework developed by Android developers so that the testers can test within the Android interface. The below image will give you a pictorial representation of the Appium Architecture.

JSONWP is nothing but a JSON wire protocol. It is a transport mechanism that is created by web driver developers.  For this wire protocol, a standard set of predefined endpoints are made available via RESTful APIs.

Why choose Appium for your mobile testing?

This section of the article will give out information about why testers have to use the Appium tool for mobile testing.

Prerequisites to use Appium tool

In this section of the article, we will be discussing the basic software that we need to use the Appium tool.

Setting up the Appium Tool on Windows

The following process will help you understand the step-by-step process to install the Appium tool on your Windows and Mac machines.

For windows, please download the exe file. If you are working on MAC, then you need to download dmg file. 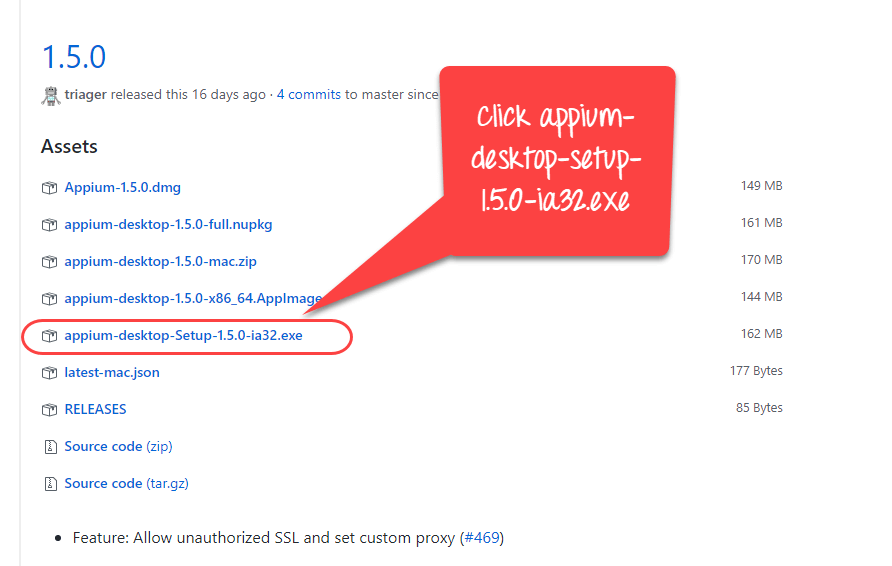 Once the download is completed, click on the exe and the Appium tool will be installed automatically.

The Appium server popup will be displayed with the default host and port number.

Click on the server start button, based on this, the new server will be launched with the host and port number provided. The user will be able to see the server log output as well. 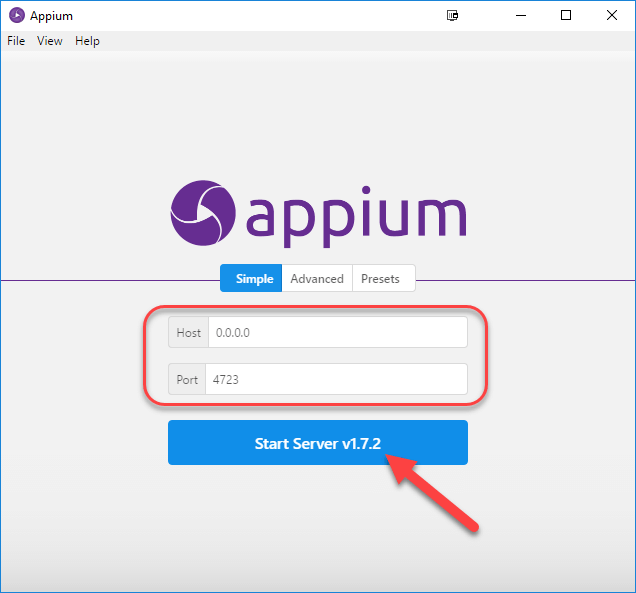 To initiate a new session, click on the File> New Session Window option

A new window will open up, the user will have an option to enter the Desired capabilities and start a session.

The step by step guide will help the user to understand the process is given below: 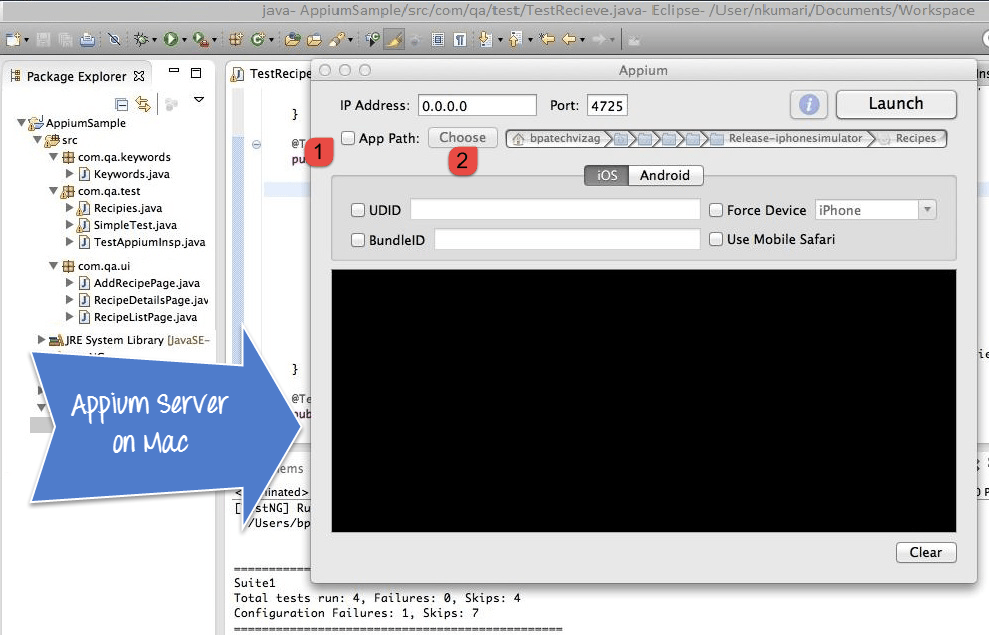 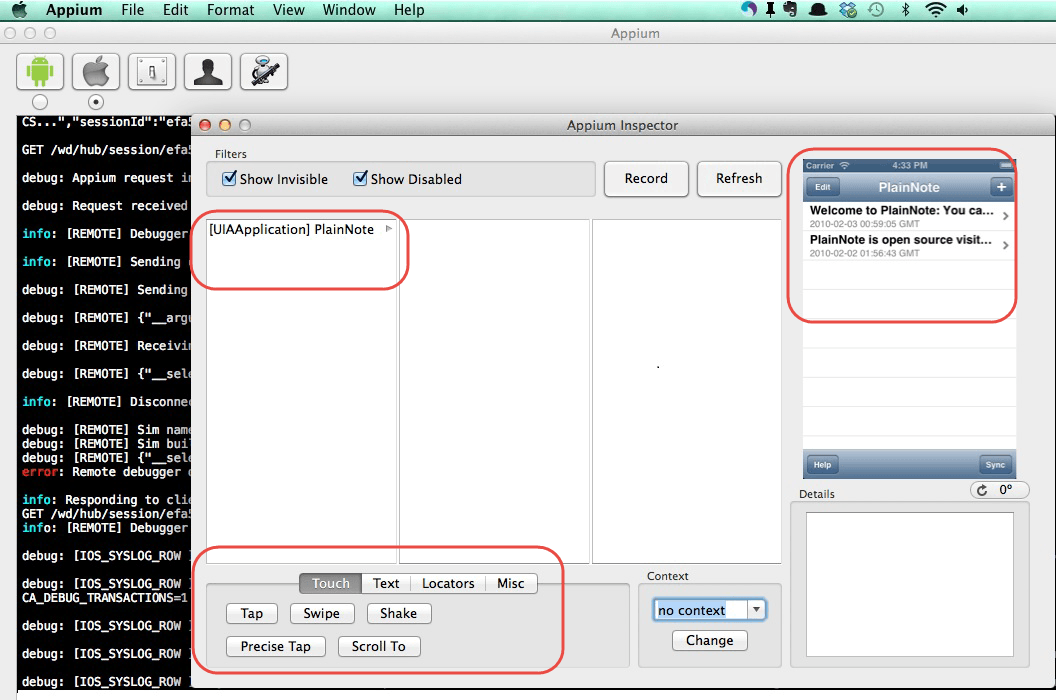 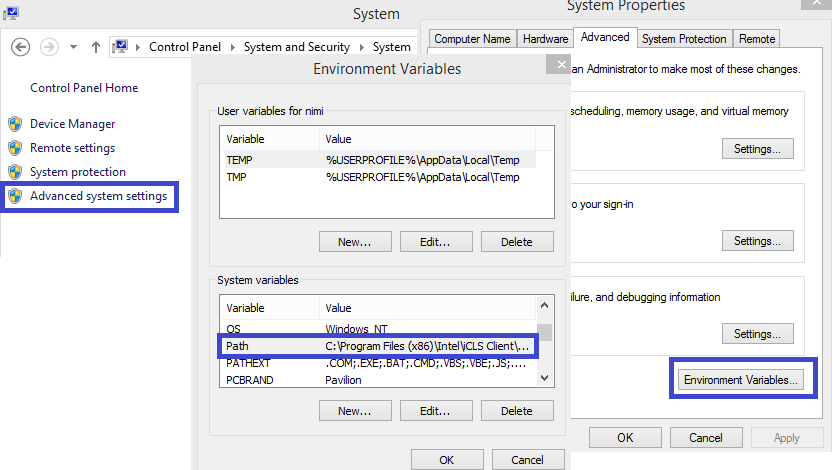 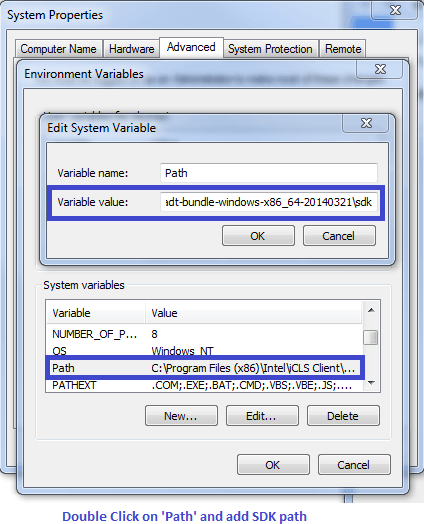 Have the mobile testing device handy and connect it to the PC via USB.
Make sure to enable the developer mode on the mobile phone, this needs to be done before automating the application.

The Steps to follow to enable developer mode on Android Phone or Tablet: 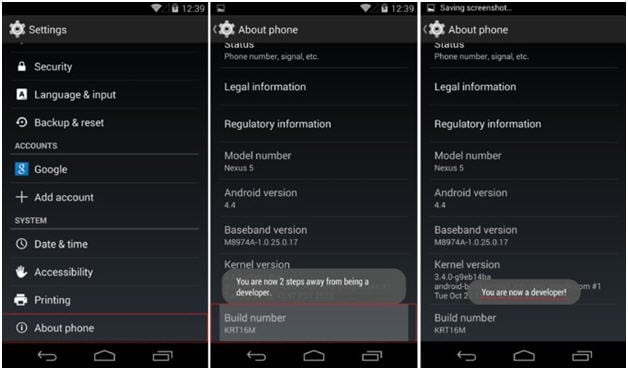 So, to automate the android app using Appium, please follow this process: 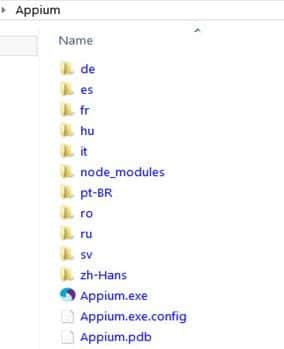 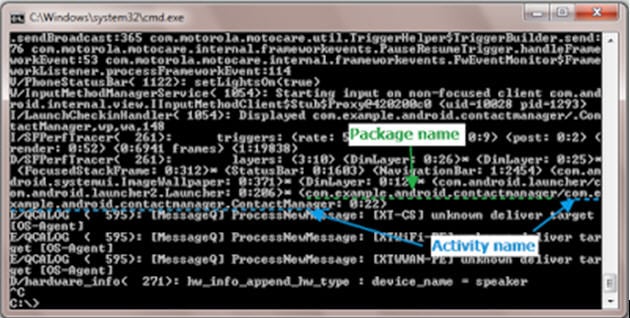 In order to automate the app, we need to find out the elements that interact with the app. For this, we need to use UI AutomatorViewer. 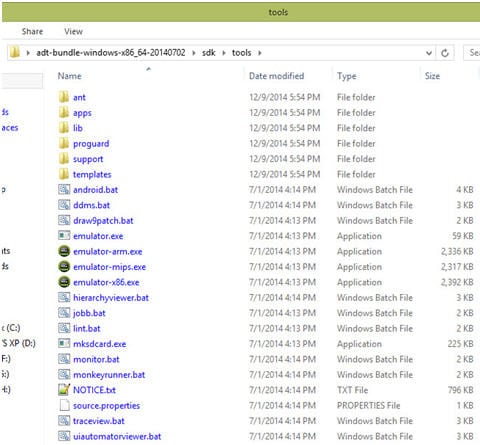 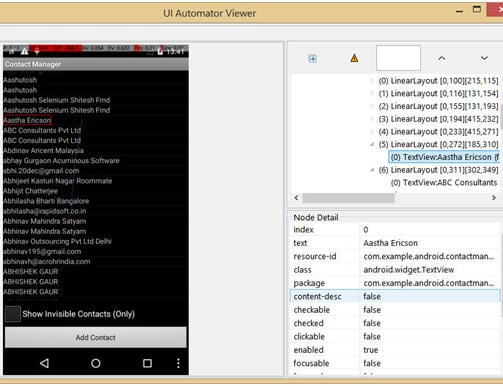 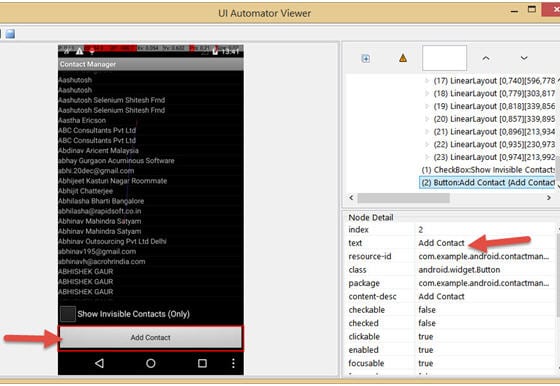 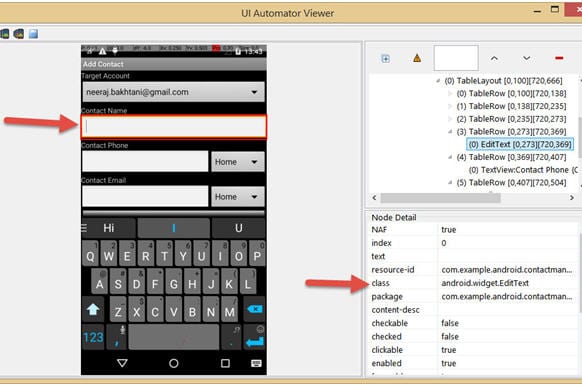 What are the Common Encountered errors and troubleshooting steps in Appium?

The below table shows the common errors that most of the testers encounter while implementation and execution.

The below section will discuss all the advantages that the Appium tool offers.

The below section will discuss all the disadvantages of the Appium tool.

In general, they are a lot of options provided by Appium for mobile app testers, so whether it is a native app or hybrid app, the tool can be used efficiently. With any test automation tool available in the market, they have their advantages and disadvantages, it is the same case with the Appium tool. So, while opting for any test automation tool, one has to definitely check the compatibility, and based on the requirement, they can consider using Appium.