If you're looking for SAS Administration Interview Questions for Experienced or Freshers, you are in the right place. There are a lot of opportunities from many reputed companies in the world. According to research, SAS Administration has a market share of about 21.3%. So, You still have the opportunity to move ahead in your career as a SAS Administrator.

1. What is SAS and what are the functions?

The full form of SAS is the Statistical Analysis System, which is described as an integrated set of software products and services that are used to retrieve the information by managing the data. It is also used to write the graphics as well as the reports with great forecasting support. The SAS analysis is proved for its app development, data warehousing, data mining, and operation research.

2. What is the basic structure SAS administrator?

The below-described format is stated as the basic structure of SAS:

PROC step in SAA is used to interpret all the saved data whereas the DATA step will manipulate and recovers the data.

3. How is the SAS basic syntax style described?

The Data Step in the SAS is used to create a new data set, which is able to store the long data with the help of Data Dictionary. It is mainly used to include all the information about all the properties and the variable too.

5. What is Program Data Vector?

Basically, the logical area that contains in the memory is stated as PDV, whereas the SAS can create the new database within the observation in just a particular time. It can also hold the compilation time that holds the record from the external file. 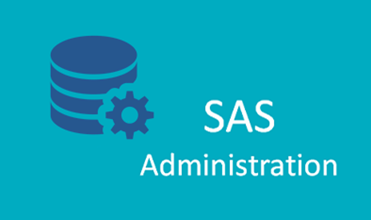 6. How many data types are in SAS?

SAS contains two types of data types. They are:

7. How to debug and test the SAS program?

In order to debug and test our own SAS program, we need to use the Obs=0 along with the system options to trace the executed program.

8. Explain the main difference between the NODUP and NODUPKEY options?

The NODUP in the SAS is used to compare the entire variables that contain in our dataset, whereas the NODUPKEY is used to differentiate the BY variables.

9. What are the validation tools that are used in SAS?

The following are some of the validation tools that we are mainly used to run the programs in SAS.

10. What is the use of PROC Contents and PROC print in SAS?

The PROC Contents in SAS are used to display all the information that contains the data set, whereas the PROC print is used to enable to read the data.

11. What are informats in SAS?

Generally, the informants in SAS are used to input the data from the external files and to read, as the format can clearly explain to the users how to read the entire data into SAS variables.

12. What are the categories that SAS informats are used to the place the data?

The following 3 categories where the SAS informats can be placed:

13. What is the function of CATX syntax?

The CATX syntax in the SAS is used to concatenate the strings, fill the blanks, remove trailing, and insert the separators.

PROC in SAS is mainly used to process and analyze data in the form of a SAS data set. Generally, it can also control the library routines which perform all the tasks in the SAS data set that summarize, sort, and listing the data.

The dataset in SAS is considered as a file that consists of two parts: one is the data portion and the second one is the descriptor portion.

16. Explain the key concept of SAS?

The following are some of the keys that are included in the SAS:

17. What is the difference between INFILE and INPUT?

The INFILE statements are mainly used to identify the external files, whereas the INPUT statement is used to explain all the variables.

18. Explain what is factor analysis?

The factor analysis in SAS is used for the particular statistical methods that are basically associated with the elimination of variables, which are in terms of the factors and numbers. The main purpose of this factor analysis is to summarize and reduce the data.

19. How to read the variables in SAS?

In order to read the variables in SAS the line/column pointers, length specifiers and informats can be used.

20. What are the best practices to process the large data sets in SAS programming?

Firstobs= and obs= is stated as the best practices to sort the large data sets in the SAS program.

21. Explain the function of SUBSTR in SAS?

Basically, the SUBSTR in the SAS is used to abstract the data that contains in the character variable.

22. Which features do you use to check the data validations and errors?

In order to check the errors in SAS programming, we generally used the Log option where are for the data validation, we can use the Proc Means on how the data looks.

The following described 5 ways that are generally used to perform the table lookup in SAS programming.

24. How to generate the test data in SAS without input data?

By using the PUT and DATA Null statement you can generate the test data in SAS.

25. What is the difference between FLOOR and CEIL functions in SAS?

The Floor function in the SAS will be used to return the largest integer, which is less than or equal to the specified argument, while the CEIL function will revert the smallest integer.

26. Explain the main difference between the SAS procedures and functions?

27. Explain the use of % includes a statement in SAS?

The %Include a statement in the SAS can be used to read all the files that contain in the current program, which you are running currently and publishing the file successfully into the SAS system at the same time.