What is a Virtual Machine and Virtualization?

What is a Hypervisor?

How does the VMware Workstation work?

Resource Optimisation is one of the inevitable aspects every organization needs nowadays. You need to optimize hardware resources to reduce costs and increase efficiency. This way, virtualization is one of the methods used to optimize computing resources effectively. Instead of adding more servers, you can create and run multiple virtual machines on a single server by using this method.

It is a type-2 hypervisor that seamlessly runs containers, virtual machines, and Kubernetes clusters. Also, it is a desktop VMware visualization product that offers standardized desktops to users. It is a single server with which you can manage many operating systems and applications effortlessly. As a whole, you can achieve better resource management with this hypervisor.

Additionally, VMware Workstation provides good hardware compatibility. You can save the state of a virtual machine at any time. You can restore the saved items at any time using the saved state.

Below are the reasons why VMware Workstation is one of the best desktop virtualization tools.

What is a Virtual Machine and Virtualization?

Every virtual machine is equivalent to a full Personal Computer. It runs a single instance of an operating system – Windows or Linux. Not just OS and applications, but VMs have devices such as their own CPU, disks, memory, and I/O devices.  Let’s see the properties of virtual machines below. 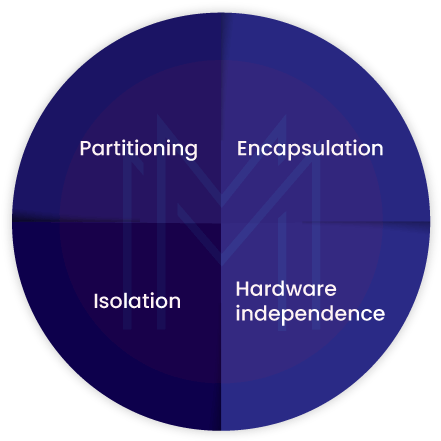 Essentially, it is creating a virtual computer system using the software. Through the virtualization process, you can run multiple virtual machines with different operating systems on a single server. Virtualization avoids using many servers and provides increased scaling and efficiency.

What is a Hypervisor?

A hypervisor is nothing but an abstraction layer that is built over the hardware. By using this layer, you can separate hardware into multiple virtual machines. You can also manage virtual CPUs, network adapters, storage, memory, etc. This abstraction layer is created because of the virtualization process between software and hardware. Here, the software can be operating systems, services, and applications. 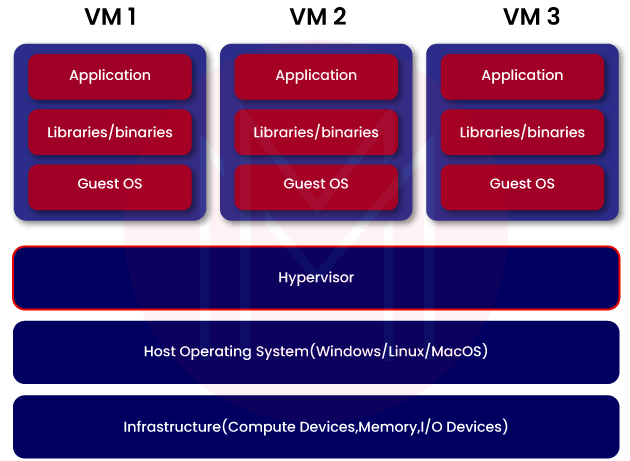 Know that there are two types of hypervisors as follows:

Enterprise Hypervisors: It directly runs on computing hardware. Also, it is known as the type-1 hypervisor. VMware ESXi, Hyper-V for Windows, Hyper kit for macOS, and KVM for Linux are a few examples of type-1 hypervisors.

Both VMware Workstation Pro and Workstation Player seamlessly run on 64-bit x86 CPUs. They work based on hypervisor technology and create completely isolated and secure virtual machines. Though they function based on the same technology, they use separate interfaces based on the use cases.

When it comes to Workstation Pro, it is suitable for commercial use. It can run multiple virtual machines at a time. Workstation Pro runs on x86-based hardware with 64-bit Intel/AMD processors. Also, it runs on 64-bit Windows/Linux host operating systems. It can provide virtual networking, connect to vSphere, create clones, and show multiple VMs at a time.

The significant thing about workstation Pro is that it is good at encapsulation. It means that a completely virtual environment can be made into files. So you can quickly move, copy, and access files. Workstation Pro allows you to create virtual disks up to 8 TB in volume. No wonder Workstation Pro can support 4K displays and USB support for smart cards.

When it comes to VMware player, it is suitable for non-commercial use and helps to create and run Virtual machines quickly. The player is good at running different operating systems in a secured as well as an isolated sandbox. It is mainly designed for a single virtual machine or command line operation.

How does the VMware Workstation work?

Next, we will look at the key features of VMware Workstation in the following one by one.

Using a CLI tool, you can create and run containers as well as Kubernetes clusters in a workstation.

You can run high-performance 3D applications in VMware Workstation.

You can perform regular virtual machine tasks by connecting the workstation with vSphere hosts or vCenter servers. Not only that, you can manage the vSphere data center remotely.

You can easily duplicate virtual machines with the help of linked clones and share them with other systems.

You can control access to Virtual Machine through an encryption method. It allows accessing virtual machines only through passcodes.

You can form an isolated virtual network if multiple machines are running on a computer. By using this network, virtual machines can communicate with others. For instance, you can easily build and configure IPv4/IPv6 virtual networks. This virtual network provides network latency in addition to bandwidth simulation.

Another product, VMware Workstation Player, is a free version of the software that can be used for non-commercial purposes.

No doubt that there are a lot of benefits offered by VMware Workstation. Let’s have a look at them as follows:

You can use VMware Workstation to check and evaluate the impact of a data center as well as workload changes, but at the same time, without affecting the production environment. You can test new features of operating systems before deploying them into the production environment. It allows developers to test multiple operating systems on a single server.

You can securely share files among many virtual machines or containers simultaneously with a shared folder. Also, you can perform many crucial operations such as digital forensics, security hardening, penetration testing, and so on.

It’s now time to wrap! VMware Workstation provides improved productivity, agility, and security. This blog might have provided good ideas about VMware Workstation. In the simplest terms, you can manage computer resources more effectively by creating and destroying virtual machines as and when required. The workstation allows running multiple operating systems on different host operating systems. Above all, it provides enhanced security, flexibility, cost-effectiveness, and many more.