Which tool do you use for Big Data search – Apache Solr or Elasticsearch? Each of these open source tools can perform full text and faceted searches. If you are wondering which of these search engines to use, here is a complete comparison of Elasticsearch vs Solr that will help you decide.

In this article, we have enlightened the essential aspects of Elasticsearch vs Solr which will help you understand both Elasticsearch and Solr.

If you would like to Enrich your career with a Elasticsearch certified professional, then visit Mindmajix - A Global online training platform: “Elasticsearch Certification Training”Course.

Following topics will be covered in Elasticsearch vs Solr:

What is Apache Solr? 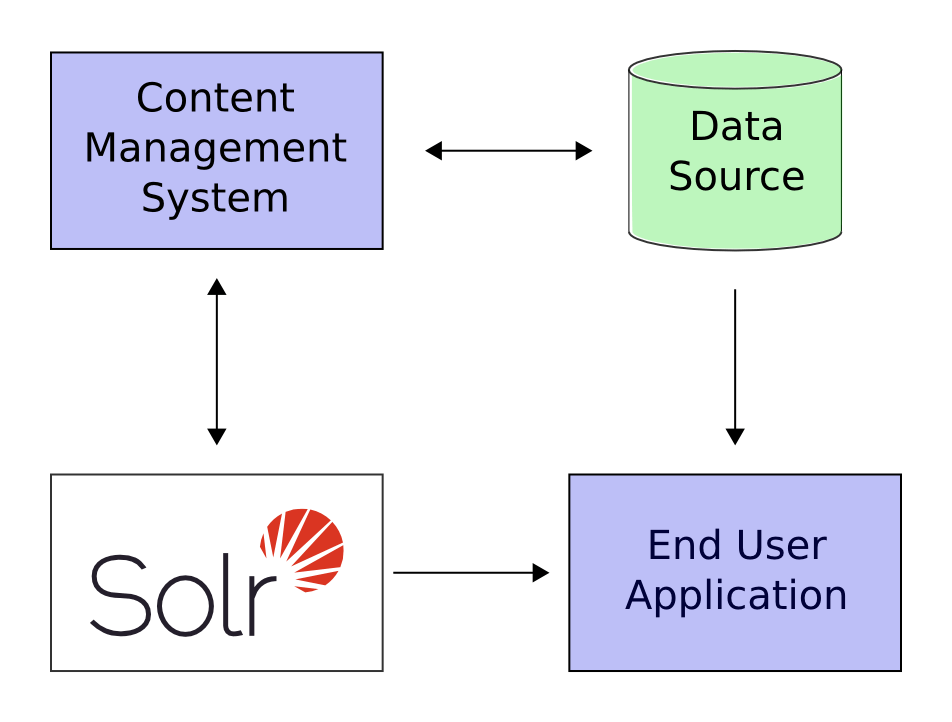 Initially released in the year 2004, Apache Solr has a large and growing user community. Some of its best features include distributed full text search, faceting, and real-time indexing. The latest release of Apache Solr is version 8.6 – that was released in July 2020.

As a standalone search server, Solr uses a REST-like API – using which you can index documents in JSON, XML, and CSV formats.

Similar to Apache Solr, Elasticsearch is built on Apache Lucene library. With REST APIs, Elasticsearch leverages on the search and indexing functions of Apache Lucene. This tool also provides a distributed full text search engine along with an HTTP web interface.

Released initially in the year 2010, Elasticsearch is popular for its REST APIs usage, distributed architecture, along with its speed and scalability. Elasticsearch is an integral component of the ELK Stack tools (comprising Elasticsearch, Logstash, and Kibana) – that are used for data ingestion, storage, analysis, and visualization.

Completely based on JSON format, Elasticsearch has been the preferred search engine tool since 2016.

Next, let us look at the main differences between Elasticsearch and Apache Solr with regards to the following points:

Going by industry tests, both Elasticsearch and Solr perform at the same level for 95% of the use cases. Apache Solr is a better choice if you are working with static data and require accurate precision for data analysis. On the other hand, Elasticsearch has been designed for the cloud platform. This tool is also simpler to work with – as it only has a single process. As a cloud-based distributed model, Solr uses Solr Cloud that depends on Apache ZooKeeper for implementing a self-contained cluster and automatic node discovery.

If you need application monitoring and work with metrics, then Elasticsearch is a better option. Alternatively, many Hadoop developers like Cloudera and MapReduce prefer to work with Solr over Elasticsearch.

What about scalability? Both these tools have built-in support for sharding. However, with horizontal scaling features, Elasticsearch offers better support for cluster scaling and management. Even for cloud deployments, Elasticsearch offers better scalability – while Apache Solr requires support from Apache Zookeeper and Solr Cloud for managing its clusters.

For indexing and searches, both Apache Solr and Elasticsearch write their indexes using Apache Lucene. While Elasticsearch supports native DSL, Solr uses a standard query parser tool to align Lucene syntax. For a structured query DSL, Elasticsearch has built-in support while for Solr, you need to program queries that go beyond the Lucene query syntax.

When it comes to including multiple document types in a single index, Elasticsearch performs better in identifying each document type during indexing and querying. To achieve the same, Apache Solr needs to develop a customized search component – or simulate the feature within the application.

Both Apache Solr and Elasticsearch use a variety of data sources.

Apache Solr can import data from sources including JDBC, XML, CSV, Microsoft Word documents, and even PDF files. With its native support for Apache Tika, it can extract and index thousands of file types. Other data tools like Apache Zeppelin and Flume also use Apache Solr as the data source.

Being based on JSON, Elasticsearch supports data imports from sources including Beats (available with Elastic Stack) and Logstash. Additionally, there are other data tools like Kibana and Grafana that use Elasticsearch as the data source.

Apache Solr and Elasticsearch differ majorly when it comes to node discovery and cluster management. Node discovery is crucial for monitoring cluster node states and choosing the master node.

Elasticsearch uses its own automatic node discovery tool, Zen that assures complete fault tolerance with at least 3 dedicated master nodes. On the other hand, Apache Solr uses Apache Zookeeper – with an external ensemble that requires at least 3 Zookeeper instances - for discovering nodes on Solr Cloud.

Elasticsearch vs Solr: Installation and Configuration

Before installing either of these search engine tools, you need to first install Java as a prerequisite. Elasticsearch is much easier to install and configure as compared to Apache Solr.

On the flip side, Elasticsearch requires 1GB of HEAP memory for configuration – while Solr requires at least 512MB of configured HEAP memory for instance allocation. However, you can change these default settings for Elasticsearch (in the /config/jvm.options file) and for Solr (in the Solr script file or solr.in.cmd file).

Next, how does Solr perform against Elasticsearch with regards to configuration?

Elasticsearch vs Solr: Features and Implementation

Search engines typically have to process large volumes of data and queries on datasets containing millions of data records. Both Apache Solr and Elasticsearch have a list of powerful features – but which is better? Let us look at some of their features:

As mentioned before, both these search engines support sharding. Elasticsearch is more dynamic in shard placement. For instance, it can easily move around shards within a node cluster whenever a new node is added, or an existing node is removed. However, Elasticsearch has an inherent disadvantage that it cannot increase the number of shards – once the index has been created.

On the other hand, Apache Solr is more static and does not take any action whenever a node is added or removed from the cluster. With the Solr version 7, you can use the AutoScaling API to define rules for shard placement. With implicit routing, shards can also be added or split – but cannot be reduced.

Both Solr and Elasticsearch support HTTP REST APIs. For binary APIs, Solr has the SolrJ Java-based client while Elasticsearch uses tools like TransportClient and Thrift though a plugin.

To get search results in Solr, you need to query any of the defined request handlers and pass the necessary parameters. These parameters can differ based on the query parser you use – but the method “HTTP GET request” is the same.

On the other hand, Elasticsearch supports REST APIs that can be accessed through multiple methods including Get, Delete, Post, and Put. With Elasticsearch, you can use APIs for query documents, creating and managing indices, and obtaining metrics showing the current Elasticsearch configuration.

Both Elasticsearch and Solr architecture differ when it comes to caching mechanisms. For a start, both these search engines work on Lucene segments that are created whenever you index the data. A segment is built on multiple files containing immutable data.

Apache Solr uses global caching – a form of caching that contains a single caching instance of a particular type for a shard – across all its segments. Whenever the segment is modified, the entire cache needs to be refreshed, which takes time and consumes server resources.

Elasticsearch uses caching for each segment – meaning even if a single segment is changed, only a portion of the cached data needs to be refreshed.

Both Apache Solr and Elasticsearch have powerful data analytics and aggregation capabilities. Apache Solr uses the faceting mechanism to slice and make sense of large datasets. It also uses advanced faceting with JSON APIs that are much faster and consume less memory. Finally, with its streaming expression feature, Solr can analyse data from multiple sources including SQL and Solr.

Elasticsearch uses data aggregation that can perform one level of data analysis – much like faceting – and also use nested data analysis. With its pipeline aggregation, it can be used to calculate aggregations like derivatives and moving averages.

Both Solr and Elasticsearch have built-in support for Machine learning (ML). With its contrib module libraries, you can develop ML ranking models and features on top of the Solr tool.

On the other hand, Elasticsearch is bundled with a Kibana plugin that supports ML algorithms that can perform anomaly detection on time series data. Compared to Solr, this package can be quite expensive.

Elasticsearch vs Solr: Which has a better learning curve and community support?

Finally, which of these two tools is easier to learn and enjoys better support from its online community of users?

On the whole, Elasticsearch is easier to learn – as it just requires a single command to get started. Apache Solr needs more technical expertise and knowledge to be implemented – though it has become more user-friendly in recent versions.

As an open source tool, any Solr developer can access its source code and make their contribution. Elasticsearch is also open source – but not fully. While developers can make contributions, the changes need to be finally approved by the development team at Elastic (the company that owns Elasticsearch).

Going back to the start of 2010, Apache Solr had a broader base of online community users and developers – that contributed regularly towards the product’s development and engineering. However, in the last five years, Elasticsearch has grown its user base considerably – and has crossed Solr in terms of popularity and support.

Which search engine is better - Elasticsearch or Solr? That is difficult to decide and depends completely on the use cases for which you need a search engine – along with the functionalities that they offer. While Solr scores higher in information retrieval, Elasticsearch is better at production and scalability. On the positive note, both these tools are easy to work with and offer a great set of functionalities that we have discussed in this guide.

Through this guide, we have tried to list all the major differences between Apache Solr and Elasticsearch – so that you can make the right decision in selecting the right tool. Additionally, you need to consider your own business requirements and use cases before making the right selection.