What is API Testing? - Tutorial for Beginners

API stands for Application Programming Interface. API describes how one software program communicates and exchanges data with other software programs. It behaves like an interface between different software systems for being interactive with each other. API is a set of functions, subroutines, protocols, standards, and code that glues our technical world together.

How to do API Testing?

What is API Testing and How to Use It? 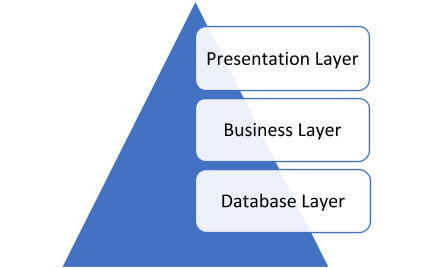 There are various types of tests done on API. They are categorized in below 9 categories.

Let us discuss each and every testing type in detailed

Unit Testing: Unit testing is defined as the testing of a unit or some specific functionality

Functional Testing: Functional testing is defined as a test of functions in the codebase. These tests are run to ensure API functions are within expected parameters and errors are handled properly.

Load Testing: Load testing is done to ensure the performance and functionality of an API under load.

Security Testing: Security testing is carried to ensure the API is secure from external threats.

UI Testing: UI testing is termed as a test of your user interface for API and its components. It is especially concerned with the function of UI, whether the interface depends on command line calls or is graphical in nature.

Penetration Testing: Penetration testing is done to identify how vulnerable the application is to attackers.

Fuzz Testing: Fuzz testing is negative testing to see how API behaves in a worst-case scenario. In this testing, a lot of random data is given as input to create fuzz and check how API handles this forced crash.

Interoperability and WS Compliance Testing: It is only applicable for SOAP APIs. It generally checks 2 fields. Firstly, Interoperability is checked by making sure with Web Services Interoperability Profiles. Secondly, compliance is checked to make sure standards like WS-Discovery, WS-Addressing, WS-Federation, WS-Security, WS-Policy, and WS-Trust are properly utilized and maintained.

Due to test-driven development, unit testing becomes an integral part of every development effort. On the other hand, there are many applications that provide API for code-level access for functionality. Both types of testing target the code level and have similar tools. Let us see how they are different from each other.
The below table states the difference between API and Unit testing.

API Testing is different from other testing as GUI is not involved in API Testing. To test API, we need to set up an environment, which accepts input parameters, invoke APIs with those parameters and derive the result.
To set up the API Test environment, we need to configure the database and server as per application requirements. Once that is installed, we can call API functions to verify if API is working or not.

Below is the list of some common tests we carry for API testing:

Once you have applied the above points, you need to start organizing yourself for the API test. Try to answer the below questions:

This will be helpful to create testing boundaries and requirements. Altogether, all these points help us to decide on a perfect API test strategy.

How to do API Testing?

Once we have decided on testing boundaries and requirements, we need to decide what exactly we want to test API for. Apart from the usual SDLC process, below are few testing methods.

What do you need to verify in API Testing?

In API Testing, we generally send a request to API with some input parameters and analyze the response we received for those known data. Below are the key areas we need to verify while performing API testing:

Types of Bugs and errors detected by API Testing

There are various types of bugs or errors detected by API testing. Below are some of them:

Once you have prepared your test plan, make sure you follow some thumb rules to succeed in the test as much as possible:

Make sure each test case is independent of dependencies if possible.

API testing provides several advantages to improve the test coverage which provides a faster and more effective result. Some of the advantages are mentioned below:

There are some challenges that we face while doing API testing.

API testing can be done through various tools. Having the right tool and process for API testing is the most important task as it is the crucial component for any application. There are many open-source and commercial tools available for API testing.

Below is the list of some of the best tools available in the market for API testing:

SoapUI: Automation testing tool for REST and SOAP API. It supports cross-platform and has free and aid plans.

Katalon Studio: It is a Web, API, and Mobile testing tool. It is good for beginners as well as experts. It has a free license and paid support services.

JMeter: It is designed for load testing and functional testing.

Postman: It is an API development environment. It has free as well as paid but cheap plans.

Fiddler: It is a tool to monitor, reuse and manipulate existing HTTP requests. Its APITest extension allows us to validate APIs behaviors across the web.

Apigee: Apigee is a cross-cloud API testing tool that allows users to validate API performance along with building and supporting APIs with other tools like Swagger.

Rest-Assured: It is a tool used for testing REST services in a Java environment. It is an open-source tool.

Swagger: It is a tool for the API designing process which includes the whole API lifecycle.

Assertible: Assertible is an API testing tool known for automation and reliability.

Karate DSL: It is a tool that allows testers to write test cases using the domain-specific language for web service.

RestSharp: It is an API testing tool that is used to test REST for the .NET environment.

There are many other tools available in the market for API testing. Choose according to your requirement and environment.

API testing plays an important role in any application. If it is not tested properly, it can create problems while calling the application. It is a crucial and mandatory test in the software lifecycle.