1. What does API testing mean?

API stands for Application Programming interface details regarding how some software components must act together. In general terms, API testing is a set of procedures and functions allowing the creation of apps accessing data or features of an operating system or application. All in all, testing of such procedures is acknowledged as API testing.

2. What are the names of tests executed on APIs?

There can be numerous reasons behind executing API testing and there are a number of tests that can be performed on APIs. Some common API test examples are as follows:

3. What is the procedure to perform API testing and what exactly needs to be checked?

During the API testing process, a request is raised to the API with the known data. This way you can analyze the validation response. Basically, things that must be checked during performing API testing are:

4. What is the test environment of API?

To set up the test environment of API is not a cakewalk. It is a bit complete and demands the configuration of the database as well as a server according to the need of the software. There is no availability of GUI (Graphical User Interface) in this form of testing.

Once the installation process is over, API is verified for proper functioning. During the whole process API that is invoked by the initial environment is being set up with distinct parameters to examine the test results

5. What approach should be followed for API testing?

There are certain factors that determine the API testing approach. Let’s check them below:

UI testing means the testing of the graphical interface. Its focus is basically on the feel and looks of an application. Within user interface testing, things like how the user interacts with app elements such as images, fonts, layouts, etc are checked.

Many protocols are there that can be used in API testing. These are as follows:

There are many testing tools available that can be used for API testing. A few of them are:

The term SOAP refers to Simple Object Access Control. In simple terms, it is an XML-based protocol that helps in exchanging information among computers.

For testing API’s one must follow the below-mentioned steps:

REST API is a set of functions helping developers in performing requests along with receiving responses. Through HTTP protocol interaction is made in REST API.

The term REST refers to Representational State Transfer. In a very short span of time, it has become an effective standard for API creation.

12. What are the areas that need to be taken care of while writing API documents?

The main areas that need your concentration while writing API documents are as follows:

14. What do you mean by input injection? Explain different ways of doing it.

The term Input injection is the act to stimulate user input. User input can be simulated in many different ways such as:

To test APIs, Runscope is used. It is basically a web application providing backend services as well as an easy-to-use interface.

16. Explain the major challenges that come while API testing.

The list of major challenges that come while API testing is:

17. What are the main principles of API test design?

There are various principles of API test design. Those are as follows:

18. Explain the types of bugs that can be found using API testing?

API is capable of finding many types of bugs that includes:

While doing API testing and Unit testing, both targeting source code. In case an API method is making use of code based on .NET then other tools that are providing support must have .NET

There are various automation tools for API testing:

20. What is the API documentation?

For any foundation, there is always a need for good documentation. Similarly, API documentation provides a quick reference to access working or library within a program.

While walking through any such documents, a proper plan is a must along with a proper sketch or layout for delivery, there is a need for the content source, information regarding each and every function, etc.

There are various API documentation tools like Doxygen and JavaDoc. Below you can check the various categories in which each and every function is being documented that are revolving around the parameters like:

21. List some templates for API documentation that are most used.

There are various API documentation templates that are making the whole process really simple and easy. Check them below:

22. Explain the difference between API testing and Unit Testing.

TestApi can be explained as the test building blocks library which is indispensable for testers and developers to create testing tools and automated test suites.

24. Explain everything about warnings and API errors.

When something is not going as per expectations like when the outcome is not as predicted then the occurrence of errors can be seen and the same warnings are explained in the form of a message in a proper format. Within a single module, there can be one or many warnings.

A wide range of warnings that can form are:

A wide range of errors that can form are:

25. Explain the working of API Builder.

API Builder is a PLSQL utility that includes 4 square files. To place API parameters and to begin the technique only one report is liable. API builder allows you to create and make use of API endpoints that can be guzzled by any client application.

There are several components that lead to the making of API Builder. During the working, files and formed brief tables as well as master bundles for creating the output code. Lastly, the fourth record generates a spooled output of the code into a record relating to output_script_.sq.

26. What are the benefits of API testing?

27. What are the challenges faced in API testing?

28. Explain how to document each function in the API document?

Description: Small description of what a function does

Syntax: Syntax about the parameter of the code, the sequence in which they occur, required and optional elements, etc.

29. What are the tools used for API documentation?

The free tools used for API documentation are ReDoc, Swagger UI, and DapperDox.

30. What’s the difference between API and Web Service?

31. What are the architectural styles used for creating a Web API?

32. How to perform API testing?

API testing is a type of integration testing used to test API to validate the functionality, performance, and security of the application.

33. Why is API testing the most preferred for Automation testing?

API testing is considered most suitable for automation testing because:

There are several API documentation templates that make the entire process simple, leverage best practices, and will make API users satisfied. They are:

35. What to be considered to create great API documentation?

36. What are the differences between SOAP and REST API?

37. What is messaging in RESTFUL Web Services?

RESTFUL Web Services uses HTTP protocol as a source of communication between client and server. The technique when a client sends a message in the form of an HTTP request, and the server responds in the way of an HTTP response is called Messaging. These messages comprise metadata and message data, i.e., information related to the message itself.

38. What are the main components of an HTTP request?

39. Which HTTP protocols are supported by REST?

40. What is URI? What is the purpose of a web-based service, and what is its format?

Uniform Resource Identifier (URI) is a string of characters used for unambiguous identification of resources and extensibility through the URI scheme.

The purpose of this web-based service is to locate a resource on server hosting.

A URI’s format is <protocol>://<service-name>/<ResourceType>/<ResourceID>.

A caching mechanism is a practice to store data temporarily and retrieve data from a high-performance data store either implicitly or explicitly.

Caching mechanism improves performance by copying the asset requested and obtaining the cached copy instead of the original later.

42. What’s the difference between PUT and POST operations in Rest API?

43. Can we use GET requests instead of PUT to create a resource?

PUT or POST are used for creating resources. GET is used only for requesting data from a specified resource.

44. What are the commonly used HTTP methods for RESTful services?

The Payload in REST API is the actual data pack that is sent with the GET method in HTTP. It’s the crucial information that you submit to the server when making an API request.

The payload is denoted using “{}” in a query string, and it can be sent or received in multiple formats. 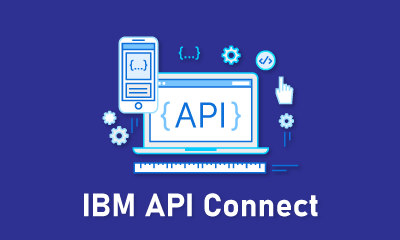 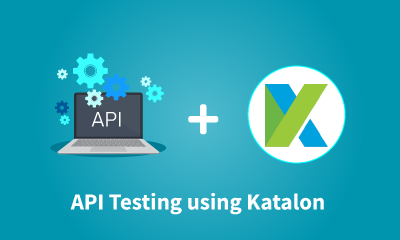 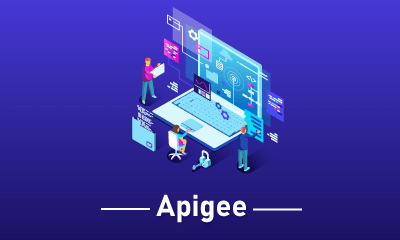