Every developer would desire a robust platform that simplifies and streamlines software development in all possible ways. This way, Vagrant and Docker are the virtual software development platforms that can support developers to create, share, and deploy applications effectively. Alright? Now, the question is, what are the differences between the two platforms, and which is better? This blog answers your questions in a better way. Let’s dive into the blog without much ado!

What are the key features of Vagrant?

What are the Drawbacks of Vagrant?

What are the Use-cases of Vagrant?

What are the Key features of Docker?

What are the Drawbacks of Docker?

What are the Use cases of Docker?

What are the Key differences between Vagrant and Docker?

This blog discusses the basic functionalities of Vagrant vs Docker and the differences between the two in detail.

Essentially, Vagrant is a workflow that simplifies software configuration and virtualization. In this regard, the tools such as Chef, Shell Scripts, and Puppet support installing and configuring software automatically on the Virtual Machines. 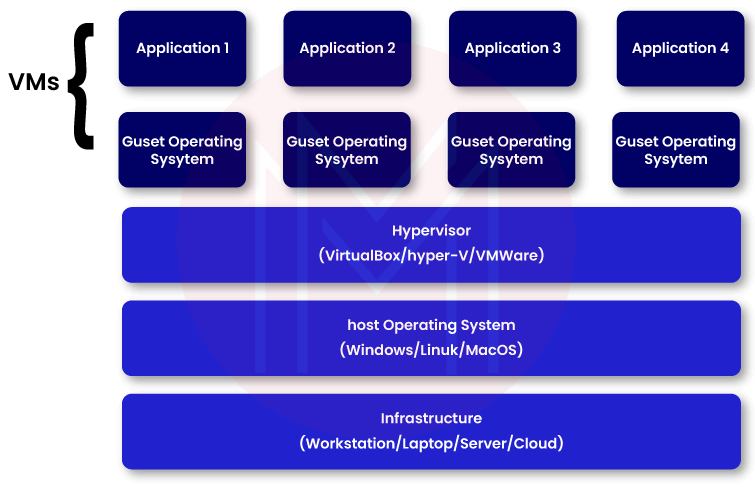 So, how does Vagrant supports developers and operators in building a development environment? Here is the answer.

Vagrant supports developers and operators in a significant way. For developers, it helps to isolate dependencies and their configurations in a single environment. For DevOps operators, it offers a consistent workflow to develop and test infrastructure management scripts.

The first version of Vagrant was released in 2010. Later, the stable version of the tool was released in 2012, referred to as Vagrant 1.0. Although Vagrant is written in the Ruby language, it can actually support applications written in other languages such as PHP, Java, Python, and JavaScript. In the earlier versions, Vagrant supported VirtualBox, which is one of the virtualization software.

Later, Vagrant supported other virtualization software such as KVM and VMWare. What’s more! The recent version of Vagrant 1.6 includes Docker containers as one of its resources.

Be it a developer, DevOps Engineer, or designer, they can use Vagrant to create a virtual development environment quickly. Know that more than 1000 companies are using Vagrant. For example, Airbnb, Accenture, Shopify, Coursera, etc., use Vagrant to develop their virtual environment.

What are the key features of Vagrant?

Vagrant comes with many essential features, from configuration to consistency. Let's learn more about them below:

Vagrant file: This is the configuration file that consists of all the required software components, operating system configuration, packages, and many more. Besides, this file has many community boxes and plugins.

Cross-platform: Vagrant is compatible to work with any platform such as Linux, macOS, and Windows. It means that you can develop codes using your favorite text editor, edit images, and debug errors from your local systems without any friction. Additionally, Vagrant can work with any virtualization engine such as VMWare, VirtualBox, Libvirt, etc.

Consistency: With Vagrant, you can easily create a virtual development environment similar to the production environment. Know that Vagrant can integrate with Docker and configuration management tools such as Ansible, Puppet, Chef, and Salt.

What are the Drawbacks of Vagrant?

What are the Use-cases of Vagrant?

Let’s have a look at the use cases of Vagrant as follows:

Docker is a fast, open-source, cost-effective, and lightweight tool for developing, sharing, and running applications in a single operating platform. It is one of the alternate tools for hypervisor-based virtual machines like Vagrant.

Docker is an end-to-end platform that consists of CLIs and APIs. Along with that, it has application components such as binaries, configurations, libraries, etc. Know that Docker separates applications from its infrastructure, resulting in quick delivery of applications. For this, Docker allows applications to run in a loosely-coupled environment known as containers. 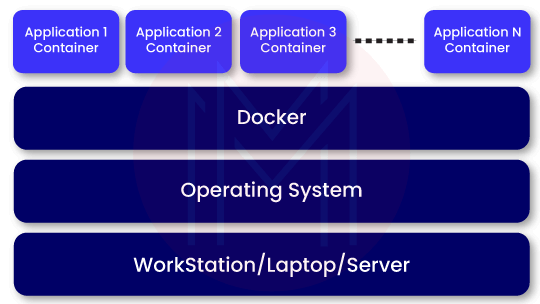 With containers, you can run many applications on the virtual platform simultaneously. Also, you can develop applications and their supporting components in the containers. Not only limited to this, but you can share containers with other users and deploy them in local centers or the cloud.

As a result, Docker eliminates the need to repeat mundane configuration tasks and gear up the application development process. Further, you can reduce the time between developing and deploying codes in a production environment.

In 2019, Docker released its latest version Docker 3.0, which provides the platform for developers to build multiservice container-based applications. Another thing is that Docker is written in the Go programming language.

Docker is one of the best tools to help developers, system administrators, and DevOps professionals build and work in a virtual development environment. Also, companies such as JPMorgan case, SLALOM, Neudesic, ThoughtWorks, and LLC are the few companies that use Docker as their virtual development platform.

No wonder the employee size of these companies ranges from 200 to 10000. Furthermore, software development and IT services companies use Docker on a larger scale than others.

What are the Key features of Docker?

Now, it is time to know the key features of Docker. Let’s read the below:

Consistency: Docker streamlines the development process using containers by which it builds a consistent virtual developing environment. In addition to this, containers in Docker effectively execute the CI/CD workflows.

Speedy Development: Docker allows you to make easy and quick configurations. As a result, you can develop and deploy applications in less time. Since containers work independently, you can run any application using Docker. Besides, you can manage applications from design to testing to production – no matter the applications' size.

Deployment and Scaling: You can deploy applications in containers in different languages and independently as well. Because of this setup, there won’t be any conflict between libraries, languages, and frameworks in the development environment. Moreover, you can dynamically manage workloads in Docker. For instance, you can scale applications up and down as per your business's needs.

Low Resources: In general, containers in Docker uses resources efficiently. Not only that, they provide robust security to the resources. No matter whether it is a high or low-volume development environment, containers manage them effectively with minimum resources.

Software Defined Networks: Without a router, you can define isolated networks for containers using the features such as Docker compose CLI and Docker Engine. Mainly, Docker compose CLI helps to develop software at speed. For instance, you can deploy applications both locally and in the cloud with a single command.

What are the Drawbacks of Docker?

What are the Use cases of Docker?

Let’s see the use-cases of Docker in detail below:

What are the Key differences between Vagrant and Docker?

So, how does Vagrant differ from Docker? Let’s check them out in detail.

Installation and Configuration: The installation process in Vagrant is easy than in Docker. You can create images in less time while working with Docker, whereas it will take more time with virtual machines. Especially if you want to change the configuration, you will have to recreate images from scratch no doubt it is time-consuming. But, you can quickly rebuild images with Docker, whereas it is longer in Vagrant.

Performance: Since containers in Docker have lightweight than virtual, they perform faster than VMs. So, you can quickly start and stop containers. As Vagrant creates VMs, it needs more time and resources. On the other hand, containers in Docker require minimum resources, which in turn supports deploying applications in a shorter time.

Security: Vagrant offers good security because virtual machines have their own operating systems and don't share their resources with other VMs. On the contrary, containers in Docker share a standard host operating system, which compromises security.

Are you still wondering how to find the difference between Vagrant and Docker at a glance? Here’s a short comparison chart of the two platforms.

Long story short Docker offers simplicity, consumes fewer resources, suitable for collaboration, and allows easy image building. On the other side, Vagrant offers good security, isolation of resources, and flexibility in choosing the operating system. So, which one is the better tool Vagrant or Docker? It’s not a big deal. It depends on the need of the developer or designer. For instance, if their prime focus is on security, they can choose Vagrant. Or, if their prime focus is limited resource utilization, they can choose Docker. That’s all!