Android remains the most popular operating system in the world. As a result, Android applications are immensely popular. The majority of organizations develop a variety of apps for Android devices. You must be aware of the best tools in the market to create an excellent Android app. Here are some of our top picks for Android development tools.

Over the last few years, smartphones have revolutionized our world. More and more people are using smartphones for different activities than ever before.

According to Statista, the number of users using Smartphones has reached 3 million users already, and this figure is expected to grow even more in the next few years. Needless, to say Android is the most favorite out of all the operating systems running on different smartphones. Android has reached every corner of the world, powering numerous smartphones, tablets, and E-Readers. Every day, over a 1.5million Android devices, are activated worldwide as per Google.

As the usage of Android devices goes up, the demand for high-quality Android apps continues to rise. In this article, we are going to extract the top Android development tools to build the most unique, feature-rich, and responsive apps.

If you want to enrich your career and become a professional in Android, then visit Mindmajix - a global online training platform: "Android Training Course" This course will help you to achieve excellence in this domain.

Android Studio is always the most preferred tool for developers. It's an official integrated environment for Android application development that easily code, test, and debug. 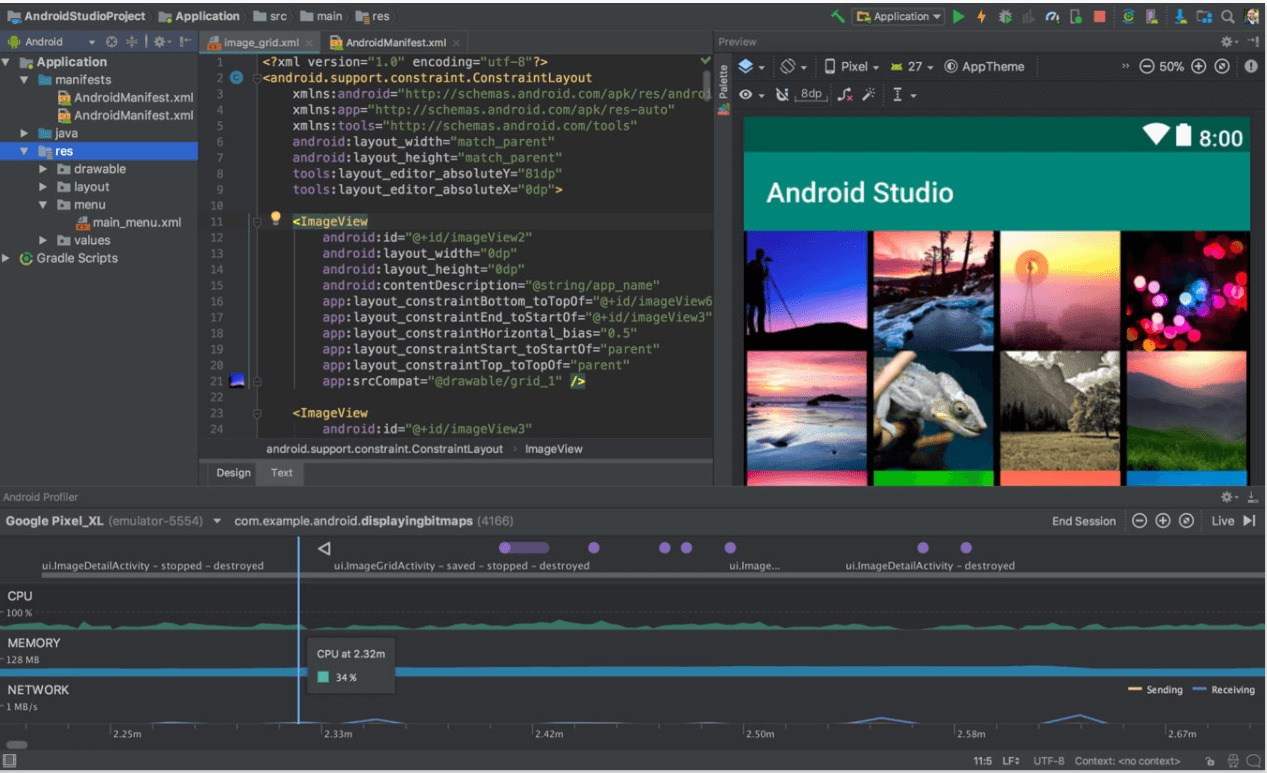 Google developed this tool back in 2003. Among many other Android development tools, this software claims to have more attention among developers worldwide.

Android Studio presents code altering, troubleshooting, and testing devices all inside a simple-to-use intuitive interface. It's free to download and supported by Google, along with a large and actively engaged community of Android developers.

Android Debug Bridge, shortly known as ADB, is a versatile command-line tool used to communicate with android devices and other computers while developing, performing QA, and debugging processes.

By connecting Android devices to PC development and entering a series of terminal commands, you'll be able to make the required modifications in both devices.

Eclipse is one of the well-known tools used for Android application development. Eclipse was here for a long time and the most preferred official IDE for Android development.

Eclipse provides a separate codebase environment and tools to customize the app development projects. Even though Google no longer supports Eclipse, many developers still prefer this tool for Android development, as it works very well with a variety of programming languages.

Majorly, Eclipse is used for writing applications in Java using plugins available in the libraries. However, the latest updates have given me the leverage to write codes in C++, C#, ABAP, Python, Fortran, JavaScript, Scala, Ruby, and many other languages.

This tool offers various powerful features that allow you to advance further and optimize applications. Some of its features that made it famous are automatic error reporting, module distribution, a profound development environment, and more.

If you don't like to build apps on the emulator but want its ease, check out the Vysor tool that allows mirroring your real device to your computer. This tool brings Android to the desktop to display and interact with the device right away from the computer. 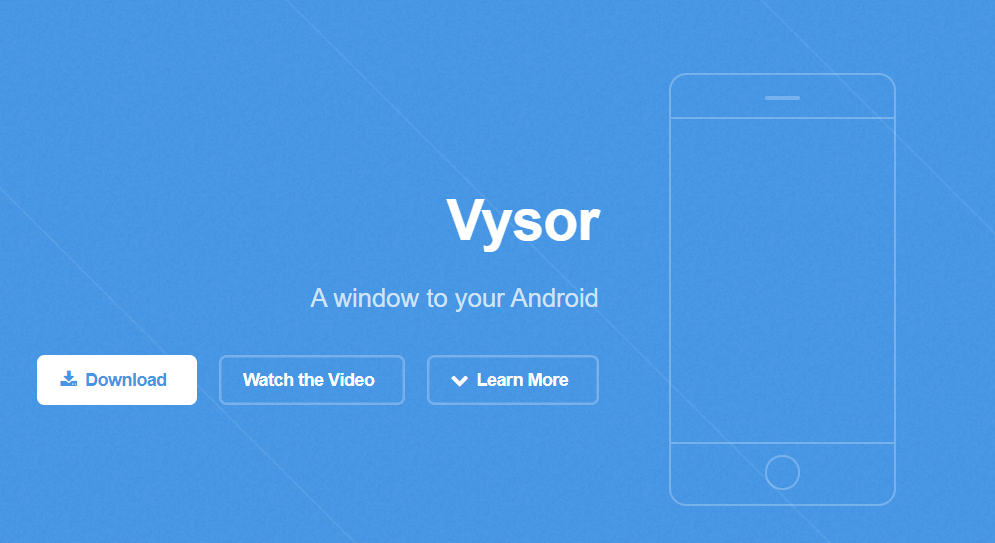 It lets you type from your keyboard, shows your screen while meetings, and more. You can also screencast your device to show live app demos on big TV screens and projectors for your team members. It's compatible with all the operating systems and is cheap to buy for a single device. Vysor prices are very affordable and start at $2.50 per month, $10 per year, or $40 for a lifetime license.

The FlowUp is a fantastic tool used for Android development to monitor app performance. Handy dashboards let you gain critical insights on various performance metrics such as CPU usage, disk usage, memory usage, and much more from your live production app.

FlowUp offers a free version for the Developer role and offers monthly subscription plans depending on business size.

Stetho is the best debugging tool available in the market for Android applications. Facebook developed it for quick application debugging. This tool gives your application a website experience by allowing it to access the chrome developer features native to the desktop browser. Through this, you can easily view the application hierarchy, monitor network activity, inspect the SQLite database, and more with ease.

For android developers who aspire to develop game applications, GameMaker Studio is the most preferred development tool. GameMaker Studio gives you everything you need to create 2D games with less code.

GameMaker Studio 2 is the ultimate 2D development environment and a user-friendly tool with a simple drag-and-drop interface. GameMaker Studio provides free access for 30 days, and then pricing starts based on creator, developer, and console roles.

Gradle is a top open-source build automation tool used for building android apps. Google endorsed this tool back in 2003. Based on Apache Ant and Apache Maven, this tool is ideal for building large-scale apps involving Java. Adding third-party libraries is easy in Gradle with few lines of code. 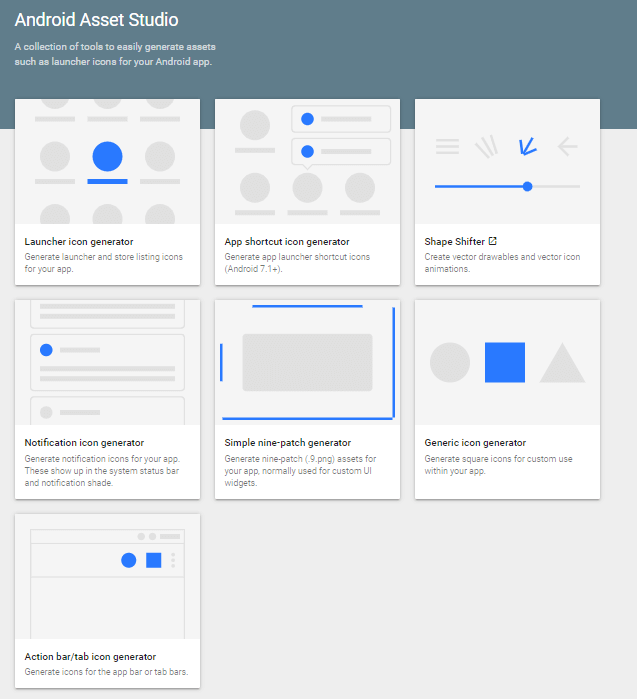 RAD Studio is an integrated development environment where you can create applications 5x faster for Android devices. Code editor and Visual designer allow you to write, compile, and deploy cross-platform applications. It comes with the support for the full development lifecycle in a single source codebase which can be recompiled and redeployed.

RAD Studio gives a trial version free for 30 days and also one of the most expensive solutions on the list.

Android Virtual Device is a useful tool from the Android studio that tests your application on various devices and API levels without having a mobile device. The AVD manager is an emulator used for running android apps on computers. This tool allows working with any android device for testing performance and responsiveness on different screen sizes, versions, and resolutions.

LeakCanary is a powerful memory detection library for Android developed by Square. Once installed, it automatically notifies whenever a memory leak happens in the application with the complete stack trace to fix it. LeakCanary is available on GitHub. 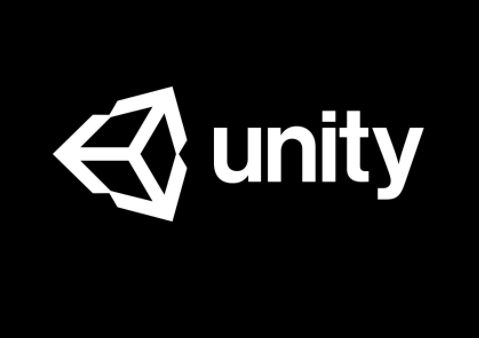 Primarily, this tool is used for creating games on mobiles, desktops, websites, and more. Recent upgrades in this tool made it possible to build cross-platform games as well.

NimbleDroid is another fantastic tool for testing Android Apps for flaws before publishing it on the play store. It works quite well and tests automatically various user flows of the app to identify potential crashes and critical issues that need instant attention.

The features that made this tool famous are application performance analysis, catching the app crashes, auto-discovers user flows, and many more. Some of the tech world's recognized names like Flipkart, PayPal, eBay, Yahoo, Pinterest, and more use this tool.

Instabug is a complete solution for mobile apps. It helps to improve your app performance and quality and share valuable insights. Top companies like Yahoo, BuzzFeed, Paypal, etc., use this tool for bug reporting and beta testing. It allows users and beta testers to share detailed error logs and screenshots during the QA and debugging process to quickly identify and fix bugs.

Instabug provides custom-priced based plans based on team size and overall project length.

As the demand for Android apps continues to grow, the pool of tools that reduce the developer's time producing quality apps will continue to rise. We hope you found exciting and useful tools on this list to boost your development productivity.

If you found this post helpful, please share it on other channels to help them discover better Android application development tools. Also, tell us your favorite Android development tool in the comment section below.