.NET often pronounced as 'dot-net,' is a quintessential framework featuring several editors, language, and libraries used by C++/CLI programmers every day. .NET libraries or .NET Class Libraries are a massive collection of classes that serve specific purposes; they are predefined or pre-written code that supports both simple and complex data structures.

In this blog, readers will come across essential Libraries in .NET to better understand the framework. .NET Class libraries are meant for encryption, security, and access to the database. To compete with other frameworks, Microsoft has turned numerous segments of .NET into open-source licenses, allowing developers to download, study, and contribute to the source code's development.

If you want to enrich your career and become a professional in .Net Programming Language, then visit Mindmajix - a global online training platform: ".Net Certification Training" This course will help you to achieve excellence in this domain.

The .NET Framework Class Library (FCL) features hundreds of structures and classes which are confined to namespaces in the form of hierarchy. The C++/CLI developers and programmers make use of these classes as well as structures regularly.

As the Frame class library is massive, there is a myth that programmers often get lost while exploring. The myth is vague and indefinite as Framework Class Library is well organized, self-documenting, and easy-to-use. Once you get an overall understanding of the very essence of Framework Class Library, the properties, namespaces, methods, variable names, and properties will make proper sense.

The single-most exception that experts have found in the Framework Class Library is that the library is wrapped around native classes. The FCL is a language-independent library that suggests programmers can use any language for programmings such as C#.NET, Visual Basic.NET, C++, and J#.NET. Additionally, programmers use any third-party language that fits with Common Language Specification or CLS.

.NET also features a reusable kind of FCL which provides a straightforward and easy-to-understand interface to programmers and developers as:

The FCL comprise of the classes which extend the support to the functions mentioned below:

Framework Class Library has been curated for providing the services which share a resemblance with the Windows API. Windows API was utilized by programmers much before the curation of .NET. The .NET FCL is combined with the Common Language Runtime of the .NET framework that manages code execution.

The classes in FCL follow an objective model, which is often used by IL or Intermediate Language, which depends on single-most inheritance. Moreover, the interfaces and classes are further grouped in the namespace to make accessibility an absolute treat.

In .NET, namespaces are hierarchy-based logical groups of classes related to each other. They can be utilized by language that targets the overall .NET framework. They are often found to be residing inside assemblies, the deployment units that comprise all the necessary details regarding interfaces, classes, as well as, structures. All the classes in .NET are segregated into the namespace. Some of the standard namespace in .NET FCL are:

Comprises the classes that handle events that are raised by OS. Further, it manipulates the overall registry of the system

Here the classes define collections of the objects like queues, lists, hash tables, arrays, and dictionaries

The classes in this namespace allow structure, classes, methods, interfaces while delegating towards declaration and are further defined irrespective of their innate types

With this namespace, the classes handle direct access to the OLA DB database.

Classes in the namespace have access to the Active Directory

The classes define information related to cultures like currency, numbers, and language

Classes oversee the writing and reading of data files and streams

Comprises of the classes that examine methods, loaded types, fields while dynamically invoking and creating types

Classes aid in the configuration and creation of the distributed applications

Classes oversee the communication between a server and a browser

Handles the overall security of ASP.NET in web-based applications

Classes aid in the curation and utilization of Web Services

Classes aid in the creation of applications based on Windows

The base class library is also regarded as a class library or CL. It is a popular subset of the FCL. BCL is a culmination of the reusable type of libraries integrated with CLR, as mentioned earlier. It is CLS-compliant, which has incredible accessibility.

It provides the types and classes which are useful to execute day to day functioning such as dealing with conventional and string kind of database connection and IO operations. Generally, BCL can be put into use to curate any type of software from scratch.

BCL is a revolutionary library that uses ASP.NET to build REST services and websites alongside WCF for curating distributed systems, WPF for building GUI applications for desktop, among others. Base class libraries create avenues for developers to interact with file systems and directories on any computer. Programmers can also use ADO.NET to establish communication with relational databases.

BCL features core types in its system namespace. The namespaces are the most fundamental in nature, such as System.DateTime, System.Diagnostics, System, System.Runtime.Serialization, System.Resources, System.Data, System.String, System.Text, among others.

These libraries are confined to a single-most .NET implementation. For instance, the most sought-after .NET Framework on the Windows OS is the perfect example of Platform-Specific Class Libraries. So far, this is also why platform-specific class libraries take up significant dependencies directly on the known environment for execution.

Moreover, the environment further exposes a familiar set of APIs such as the OS APOs and .NET. It also maintains and exposes the expected state, such as the Windows registry.

Programmers and developers who are well-versed in creating this library can completely exploit the fundamental platform. However, these libraries would only run on a specific platform, further making the platform check on other types of conditional code.

.NET stand class exposes a definite set of library contracts. The implementations should support either entirely or not at all. Hence, the standard class libraries are curated in such a way that it supports .NET Standard contracts.

The best thing about this library is Standard Class doesn’t reveal the full functionality of the .NET framework neither its goal. However, they tend to expose a significant number of APIs compared to the Portable Class Libraries. In time, more APIs are going to be added to the library.

The platforms which support the Standard Class LIbraries are:

These libraries are supported on numerous .NET implementations allowing them to depend on a known execution environment. It enables programmers to build and also write managed assemblies that support cross-platform integration.

Moreover, programmers have the liberty to create classes comprising codes that you can share across several projects like business logic and then reference the classes from projects of distinctive nature.

Developers could find the following assemblies in Portable Class Library:

At the time of curating a library, developers can choose a pogrom of their choice. However, the platform configuration must support Windows Phone 8.0+ and .NET Framework 4.5+. If you as a developer decide to support more platforms, you’ll have fewer platform assumptions and significantly fewer APIs.

At first, this characteristic could be incredibly confusing as people tend to think more is better; however, the shortcoming lies in supported platforms with fewer APIs.

The remarkable characteristics and classification of Mono existed even before the inception of the Portable Class Libraries; hence developers found Mono a to-go choice for enabling cutting-edge binary portability between the Mono Class and the .NET Framework. 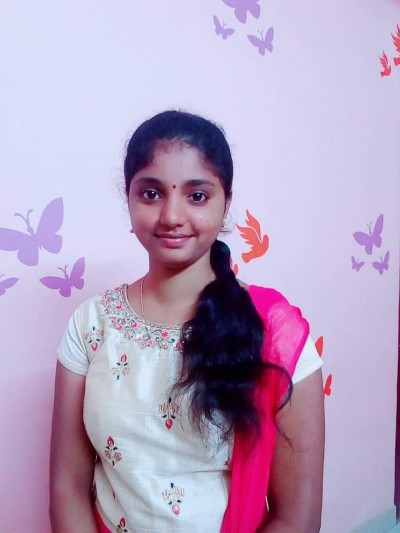