Using BEx Variables in your Workspace in SAP Business Objects

In this section, we will review how SAP BUSINESS OBJECTS ANALYSIS, EDITION FOR OLAP is able to leverage the BEx variables from you BEx queries. First, we will recap the level of support for the different type of variables and then we will continue by creating workspaces using BEx queries with variables.
Before we start creating a workspace, we first need to create a BEx query with variables. In our example, we will use a BEx Query based on the MultiProvider 0D_NW_M01 of the SAPNetWeaver Demo model.
The BEx Query contains the following characteristics in the Rows:
Country
Region 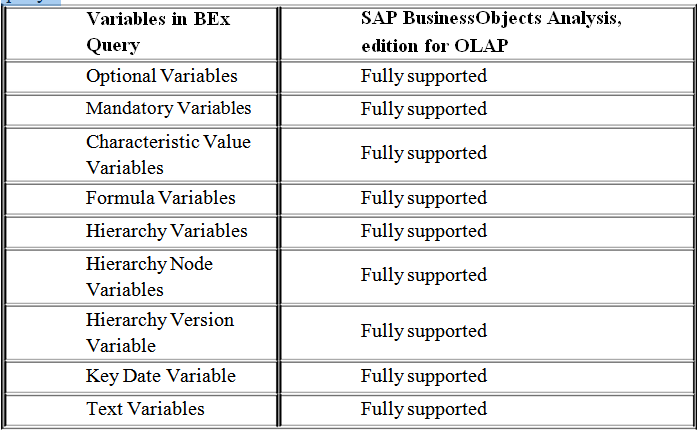 When it comes to the variable processing types, SAP BusinessObjects Analysis, edition for OLAP is also able to fully support all the available options (see Figure 5.2).

SAP BusinessObjects Analysis, edition for OLAP is able to support all of the different representation options, with one exception, which is the option to offer the user the Contains Pattern operator as part of the Selection Option variable. 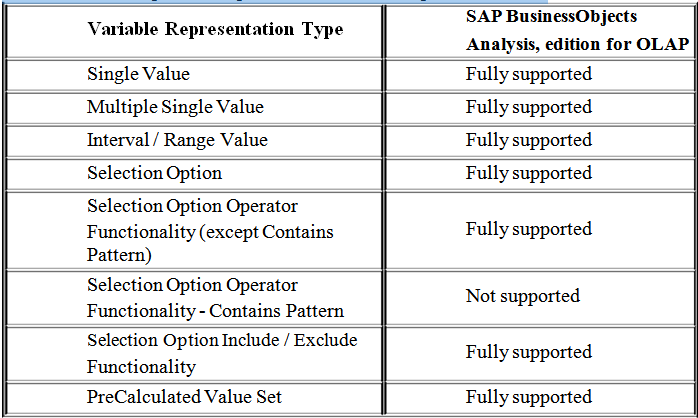 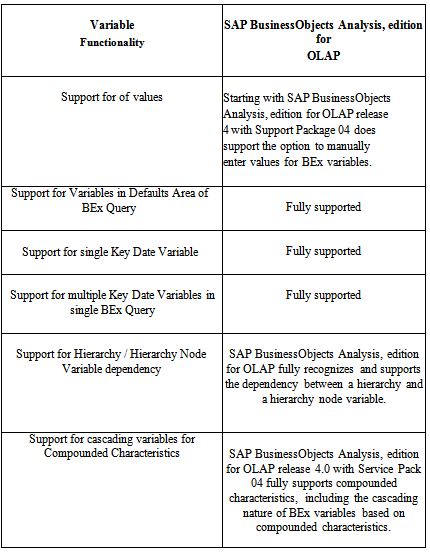 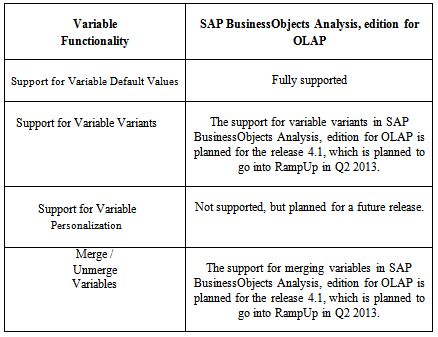 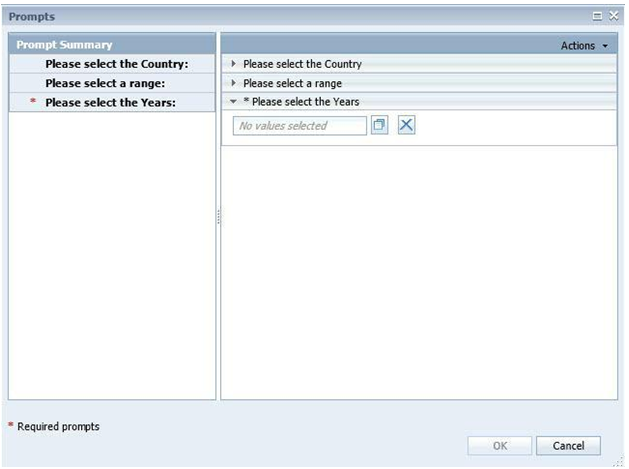 Because the underlying BEx query contains a set of variables, SAP BusinessObjects Analysis, edition for OLAP is prompting you so that you can fill in the values before the data is shown in the cross tab (see Figure 5.31).

As part of the prompting UI the user can select some actions available in the top right corner, which allows the user to quickly perform actions such as making all optional prompts visible or to hide the prompt summary (see Figure 5.32).

Figure 5.32 Actions in the prompting UI 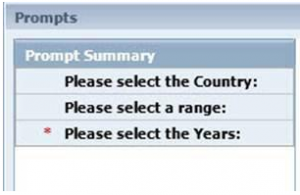 8. Navigate to the prompt for the Calendar Years by clicking the prompting text (see Figure 5.34).

9. Click on the Member Selector and you will be shown the list of available members for the prompt.
10. Select all available years.
11. Click OK.
12.  In your workspace, you can now use the Refresh button available in the data panel to refresh the data and to confirm or change any of the prompt values (see Figure 5.35).