Hierarchy is an ordered sequence of dimensions which is very helpful for multi-dimensional analysis of data.
SAP BUSINESSOBJECTS ANALYSIS, EDITION FOR OLAP is the premium alternative for your SAP BEx Web Analyzer and is targeting your business analyst and power users. The product is there to provide your users an environment for multi-dimensional analysis, which also includes hierarchical reporting. Especially when it comes to leveraging hierarchies from your SAP NETWEAVER BW system, SAP BusinessObjects Analysis, edition for OLAP, and SAP BusinessObjects Analysis, edition for Microsoft Office are your main BI clients.

For characteristic Country, we are using an active hierarchy as part of our BEx Query (see Figure 5.36).

Let’s now use the BEx query in combination with SAP BusinessObjects Analysis, edition for OLAP.

The hierarchy is shown in the rows (see Figure 5.37) and you can use the “+” and “-“ symbols shown next to the hierarchy nodes to open and close the levels for the hierarchy. The hierarchy will also leverage the setting for the placement of the subtotals (before or after the nodes) as configured in the BEx query.
8. Navigate to the tab Display.
9. Select the menu Totals & Parents > Total Settings (see Figure 5.38).

Here you can – in addition to the configuration option in the BEx query – also configure if the subtotals for the hierarchy nodes are being displayed before or after the nodes.
10. Activate the option Before (see Figure 5.39). 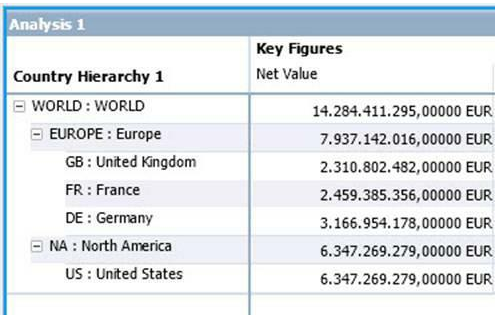 11. Now navigate to the Data panel on the left hand side.
12. Open the details for characteristic Country (see Figure 5.40). 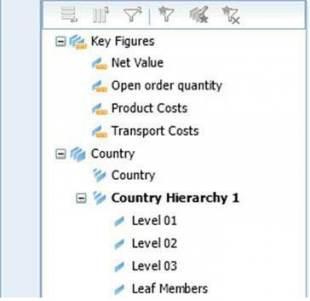 The information shown in the cross tab is now being filtered and only the leaf members of the hierarchy are shown (see Figure 5.42).

Figure 5.42 Hierarchy with leaf members only

You can use those entries in the data panel also in a combined way by using multiple entries in a single step.
15. Select the entries Level 1, Level 2, Level 3 from the Data panel. You can select one entry after the other without having to press any specific keys on the keyboard.
16. Now drag and drop the multiple selected items to the hierarchy in the cross tab (see Figure 5.43). 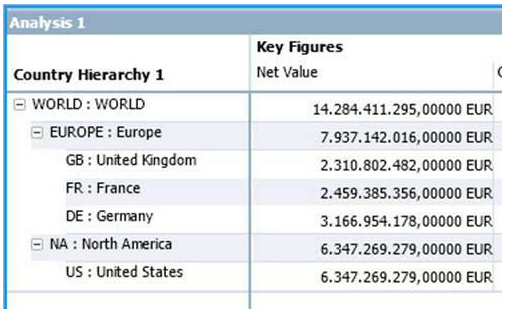 The data is then updated according to the selection we made.
17. Use a right-click on the entry for the hierarchy in the Rows of the Layout panel.
18. Select the menu Show Levels (see Figure 5.44). 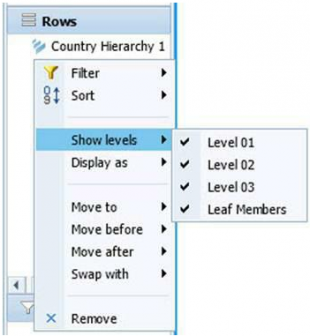 The menu Show Levels also allow you to filter the data shown by using the levels of the hierarchy. 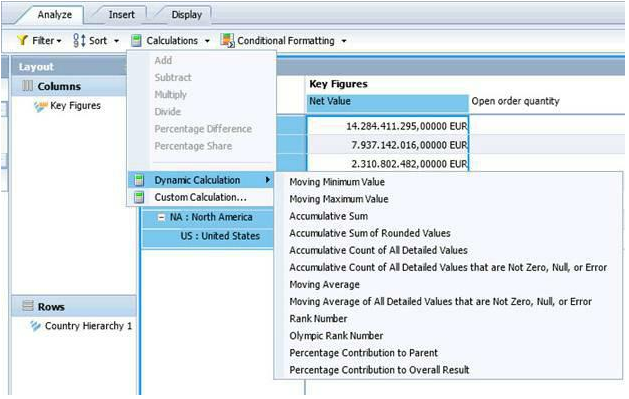 You are receiving an additional column with the Olympic Rank along the hierarchy based on the Net Value (see Figure 5.46). It is important to recognize that ranking information along a hierarchy is very different to ranking information along a standard characteristic. As shown in the image above, you can notice that the ranking of data is done according to the different levels in the hierarchy, for example Europe and North America are ranked against each other, so are the three countries in Europe – United Kingdom, France, and Germany, but these countries from Europe are not ranked against the countries in North America. 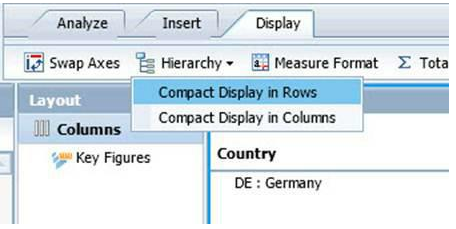 By using the option Compact Display in Rows, we are basically using two or more characteristics and simulate hierarchical navigation. 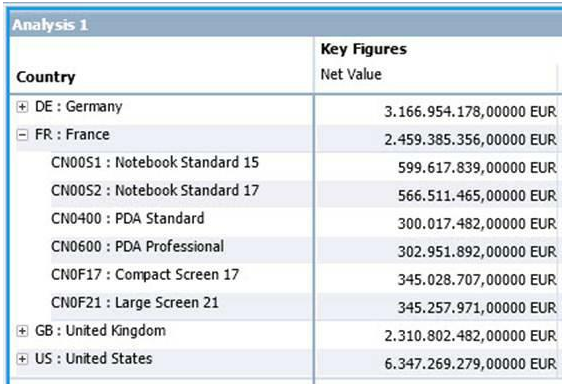 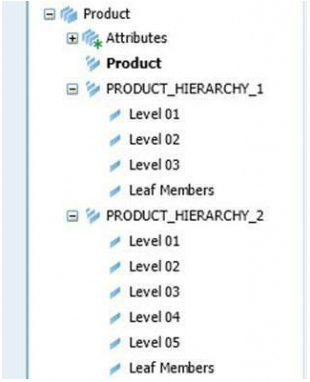 30. Remove all elements from the Rows.
31. Add the first hierarchy for characteristic Product to the Rows (see Figure 5.50). 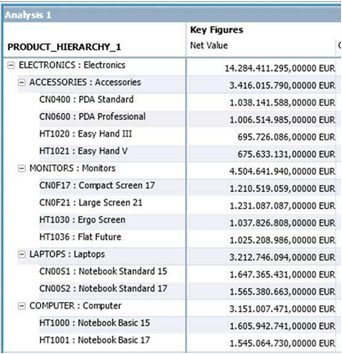 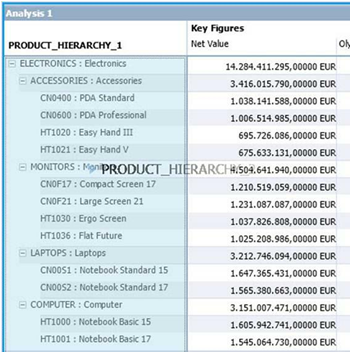 SAP BusinessObjects Analysis, edition for OLAP not only is able to navigate along hierarchies, but is also able to switch between different hierarchies on the fly – something that only the Analysis suite of products is able to do.
In this section, we reviewed the hierarchical reporting capabilities in SAP BusinessObjects Analysis, edition for OLAP. In the next section, we will learn how to create conditional highlighting as part of our workspace.