Is React Worth Learning?

React is a popular JavaScript library used for web development. React.js or ReactJS or React are different ways to represent ReactJS. Today’s many large-scale companies (Netflix, Instagram, to name a few) also use React JS. There are many advantages of using this framework over other frameworks, and It’s ranking under the top 10 programming languages for the last few years under various language ranking indices.

If you’re a novice or just looking to refresh your knowledge of ReactJS concepts, this Introduction to React JS article will give an introduction to all of the ReactJS fundamentals.

React.js is a front-end JavaScript framework developed by Facebook. To build composable user interfaces predictably and efficiently using declarative code, we use React. It’s an open-source and component-based framework responsible for creating the application’s view layer.

Let’s take an example: Look at the Facebook page, which is entirely built on React, to understand how react does works. 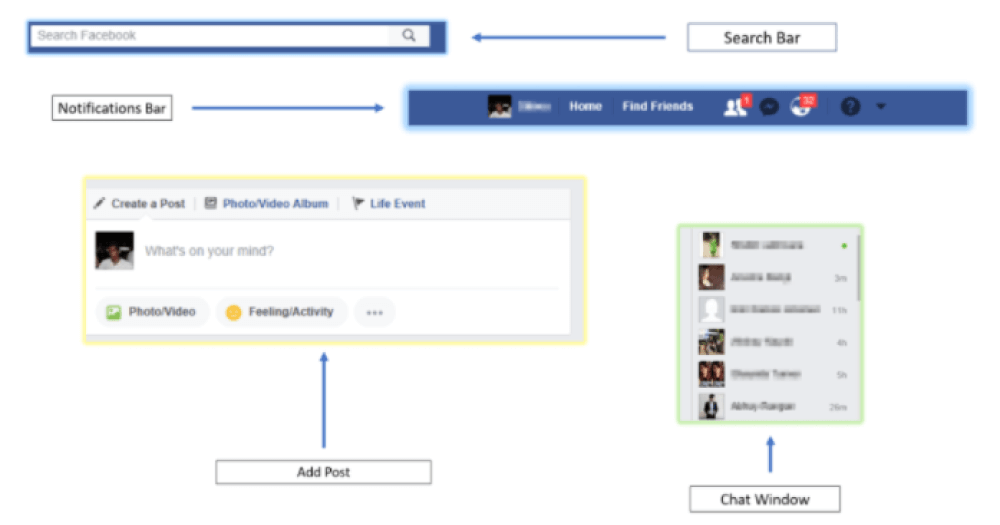 As the figure shows, ReactJS divides the UI into multiple components, making the code easier to debug. This way, each function is assigned to a specific component, and it produces some HTML which is rendered as output by the DOM.

In 2011, React was first deployed on Facebook's News Feed, and later in 2012 on Instagram.

Why do people choose to program with React?

There are various reasons why you should choose ReactJS as a primary tool for website UI development. Here, we highlight the most notable ones and explain why these specifics are so important:

The above reasons justify why ReactJS is more popular than other frameworks. Now, let’s familiarize ourselves with ReactJS features.

JSX is a preferable choice for many web developers. It isn't necessary to use JSX in React development, but there is a massive difference between writing react.js documents in JSX and JavaScript. JSX is a syntax extension to JavaScript. By using that, we can write HTML structures in the same file that contains JavaScript code.

React.js is designed so that it will only support data that is flowing downstream, in one direction. If the data has to flow in another direction, you will need additional features. 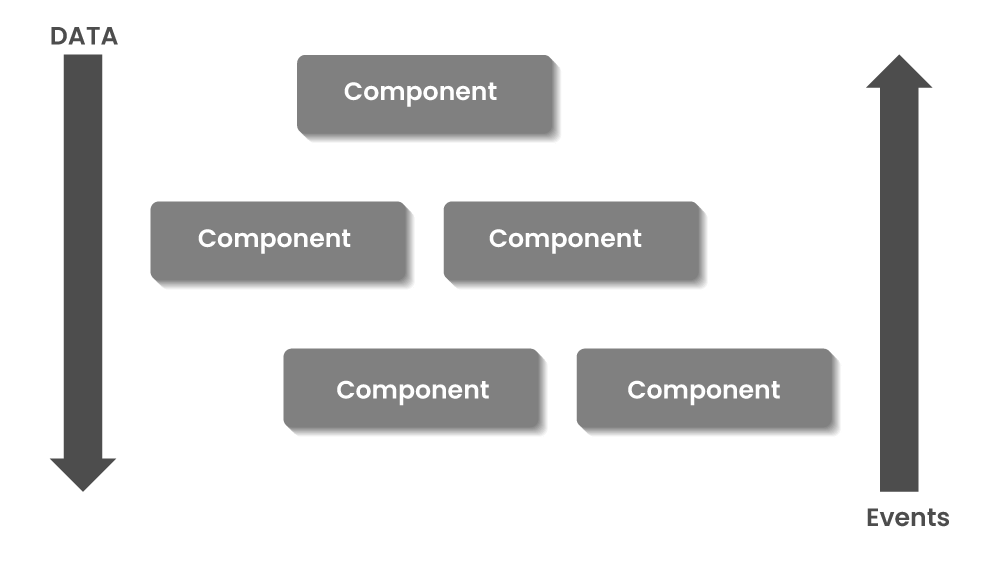 React contains a set of immutable values passed to the component renderer as properties in HTML tags. The components cannot modify any properties directly but support a call back function to do modifications.

React contains a lightweight representation of real DOM in the memory called Virtual DOM. Manipulating real DOM is much slower compared to VDOM as nothing gets drawn on the screen. When any object’s state changes, VDOM modifies only that object in real DOM instead of updating whole objects.

That makes things move fast, particularly compared with other front-end technologies that have to update each object even if only a single object changes in the web application. 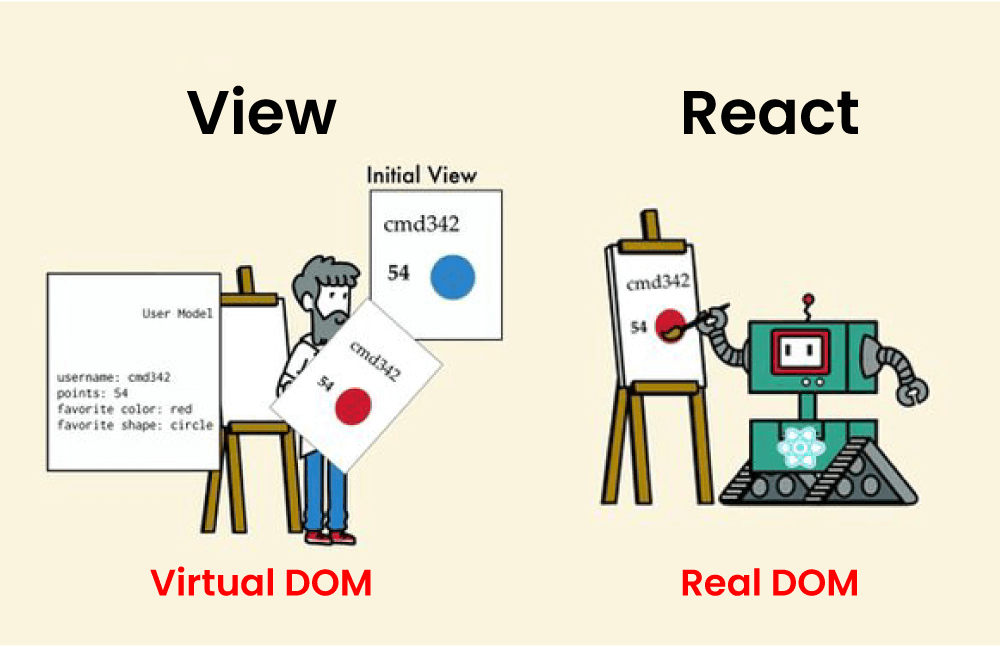 Next, let’s understand some essential concepts of ReactJS.

Components are the heart and soul of React. Components (like JavaScript functions) let you split the UI into independent, reusable pieces and think about each piece in isolation.

Components are building blocks of any React application. Every component has its structures, APIs, and methods.

In React, there are two types of components, namely stateless functional and stateful class.

Stateless functional components may derive data from other components as properties (props).

An example of representing functional component is shown below:

An example of representing class component is shown below:

A state is a place from where the data comes. The state in a component can change over time, and whenever it changes, the component re-renders.

A change in a state can happen as a response to system-generated events or user action, and these changes define the component’s behavior and how it will render.

The state object is initialized in the constructor, and it can store multiple properties.

For changing the state object value, use this.setState() function.

To perform a merge between the new and the previous state, use the setState() function.

Props stand for properties, and they are read-only components.

Both Props and State are plain JavaScript objects and hold data that influence the output of render. And they are different in one way: State is managed within the component (like variable declaration within a function), whereas props get passed to the component (like function parameters).

Props are immutable, and this is why the component of a container should describe the state that can be changed and updated, while the child components should only send data from the state using properties.

In React, Keys are useful when working with dynamically created components. Setting the key value will keep your component uniquely identified after the change.

They help React in identifying the items which have changed, are removed, or added.

In summary, State, Props, keys, and components are the few fundamental React concepts that you need to be familiar with before working on it.

Is React Worth Learning?

React has been the most used web framework by developers worldwide over the years. Most of the businesses are inclining towards React because of the simplicity it offers.

React developers are drawing lucrative salaries compared to other technology professionals. Due to the rising demand for React across the companies, the demand for talented professionals is high across all geographies.

Indeed shows the average salaries for React developers in the US range between 55k to 110k USD.

The popularity of React has been consistently gaining, and the Google Trends chart also shows the speed with which it is rising consistently with adding new features over time. 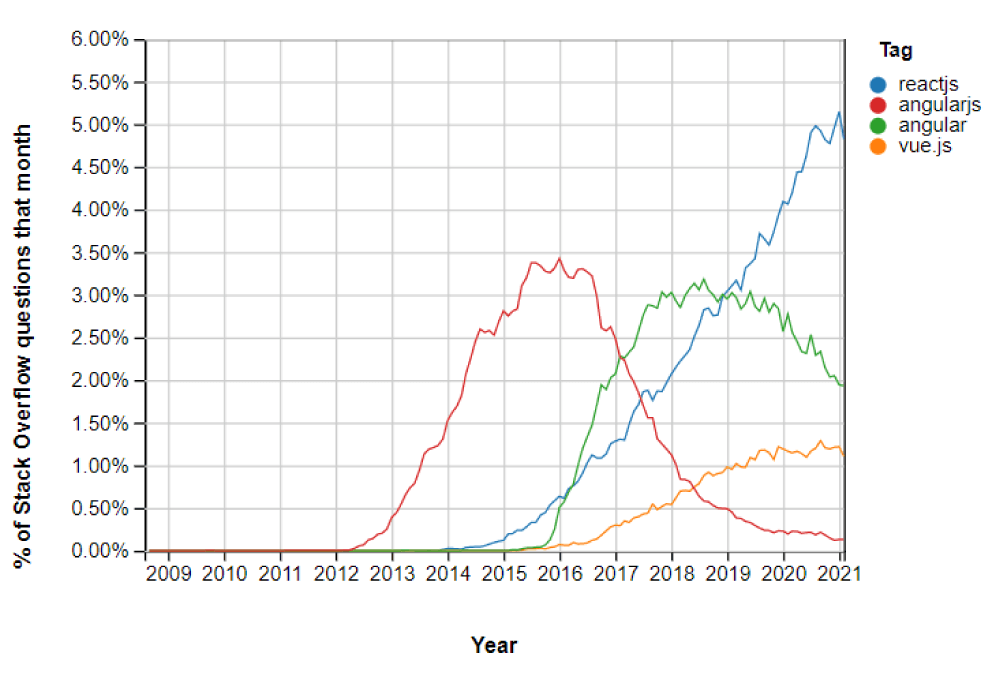 By looking at the reasons above, you must know why investing your time to learn React is worth it.

React is a good career path, and with a proper plan and approach, you can easily get into it and future proof your career because React here is to last.

This brings us to the end of this blog. We hope now you understood the fundamental concepts of React.

If you want to obtain the skills necessary to take advantage of its rising popularity, Mindmajix offers a ReactJS Certification Course that will help you become job-ready upon completion.

If you are interested to learn React Js and build React JS Applications? Then Find out about our React JS Online Certification Training Course in top Cities.

These courses are incorporated with Live instructor-led training, Industry Use cases, and hands-on live projects. This training program will make you an expert in React Js and help you to achieve your dream job.