IoT Tutorial - What is IoT?

By now, you may have come across the term IoT, which means, the Internet of things. IoT has evolved from the concept of Machine to Machine (M2M) communication, which means machines connecting to each other without human intervention.

M2M is the process of integrating with the cloud, managing it, and collecting data. The IoT integrates greater compute capabilities and makes use of data analytic's to perform meaningful extraction of information. IoT has become commonplace for everything, starting from homes and industries, to enterprises. Connecting everyone and everything, is making the world future-ready with smarter and better functionalities. Although, this is the initial stage of the internet of things, extracting the full potential requires businesses to understand the opportunities for the creation of value and carefully address the hidden challenges.

IoT is a group of connected devices that are accessible via the internet. The term ‘things’ in IoT refers to a car with in-built sensors or a person with a heart rate monitor, i.e. devices that are assigned with an IP address and have the ability to collect data and transfer it over a network without the need of any individual.

The technology embedded in the objects helps them to communicate with internal states or the external environment, which in turn affects decision making.

What is an IoT Device?

Any device which has a sensor attached to it and has the capability to transfer data from one device to another through the internet is known as an IoT device.

IoT devices consist of software, wireless sensors, actuators, and computer devices. They are connected to a particular device that operates with the help of the internet, enabling the data to transfer among the devices or people.

For instance, IoT systems in your car detect the heavy flow of traffic and send a message automatically to the person waiting for you.

Here are some of the examples of various IoT devices:

Samsung has released devices running with IoT enabled in them, some of those include hubs, smart outlets, motion sensors, water leak sensors, arrival sensors, and many more. The company also launched a complete home monitoring kit for making an ordinary home into smart homes.

Bosch has decided to become a leader in the IoT space, it has already started manufacturing sensors for IoT devices and a few smart home appliances.

Fitbit is the pioneer in the manufacturing of smartwatches and health monitoring devices. These devices can be connected to your smartphone, enabling you to track your health and set fitness goals.

There are four important components used in IoT they are:

Less amount of battery consumption, high performance are the significant factors that play a major role in the design of electronic devices.

These IoT devices collect a massive amount of data and are stored on a reliable storage server. Cloud computing can seamlessly handle huge amounts of data. The data is then processed and learned, helping us to discover electrical faults/errors within the device.

The fact is that the Internet of things relies a lot on sensors, especially in real-time. As the spread of these electronic devices is more in every field, their usage may trigger a massive flux of big data.

To make communication possible, internet connectivity is required where each device is represented by an IP address. Although, the addresses are less in number according to the IP naming.

Due to the increasing amount of devices, this naming will no longer be sufficient. Hence, researchers are finding an alternative for the IP naming system to represent each physical device.

Every device that is connected creates opportunities for hackers. These vulnerabilities are wide, even for a single device that is small. The danger posed includes data transfer, malfunctioning devices, device accessibility, and devices connected constantly.

The main challenges in security remain the safety limits associated with producing devices with low cost, and the rising number of devices that create more chances of risks.

How to address current requirements?

With the help of an integrated solution, IoT security can be accomplished. This solution offers segmentation, visibility, and protection for the complete network infrastructure, like the holistic approach known as security fabric.

These solutions should have the ability to:

Skills required for an IoT Developer

Internet of Things is all about the interaction between applications and physical devices. An IoT development team should be essentially large and developers are divided into different areas depending on their respective works.

Leave an Inquiry to learn IoT Training in Bangalore

IoT development consists of a lot of hardware prototyping, to achieve this, it requires the building of circuits and integrating them on breadboards. Understanding of electronics and various electrical components like capacitors, resistors is essential.

Sensors are a crucial part of IoT, without them, it becomes hard to collect data from its environment. Knowing the functionality of these sensors can help developers to build devices more easily.

The Raspberry Pi has become very popular because of its size and efficiency. It is a fully capable computer with very little cost, it is preferred mostly by experts in computer science and electronics for assembling prototypes. So, it is well suited for IoT development.

Similar to any other digital network, the IoT devices are always connected to the Internet and are vulnerable to cyber attacks, like denial of service attacks. As most of the devices are embedded in our homes we need to consider this as a top priority. 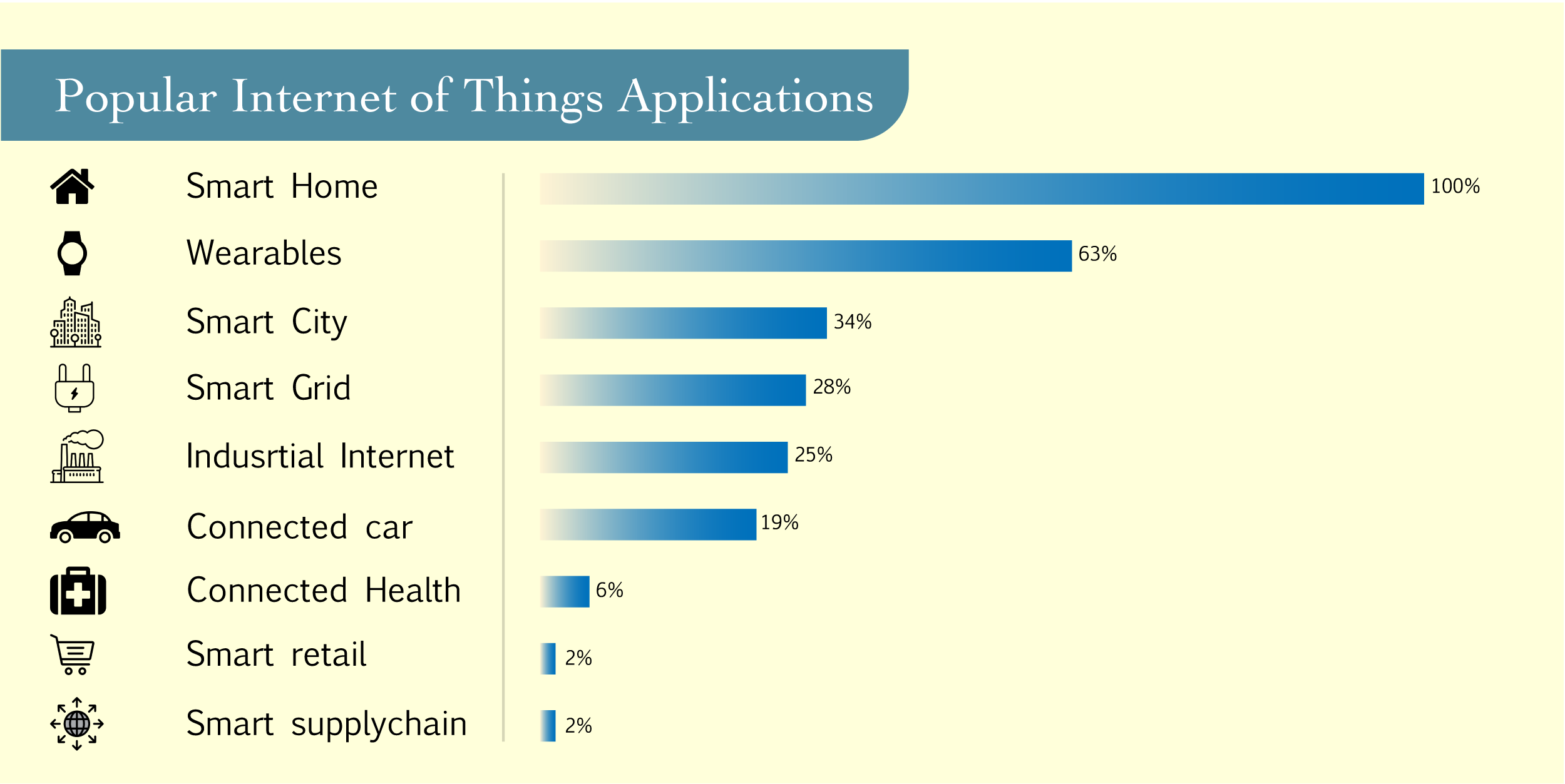 IoT training and certifications are based on a particular job role with dedicated programs designed to support the growing need for specialized talent.