Differences Between Functional and Non-Functional Testing

How to Conduct Functional Testing?

If you want to build high-quality software, undoubtedly, you must perform robust software testing. That’s why functional testing is considered essential in every software development. By performing this testing, you can identify code bugs at earlier stages and rectify them altogether. Not just bugs, you can test the behavior of the software in different test scenarios. Doing so can ensure that the software will generally work in a real-time environment.

What is Functional Testing - Table of Contents

It is one of the effective Quality Assurance methods with which we can test the basic functionalities of software elaborately. Mainly, functional testing focuses on the results of the functions or features of the software. The features can be User Interface, data retrieval, API, Client/Server communication, security, etc.

It is essential to note that this testing method doesn’t test the performance of the software. But functional testing helps ensure that the software meets the desired specifications. In other words, it checks whether the requirements of end-users and business owners are satisfied or not.

If you are wondering why function testing is crucial to test software, then look at the points below to know the reasons better.

By performing functional testing, you can:

Differences Between Functional and Non-Functional Testing

Types of Functional Testing with Examples

Let’s discuss the various types of functional testing with relevant examples in the following one by one.

Know that unit testing is a sort of white-box testing. Like smoke testing, most of the time, it is performed by developers rather than testers. With unit testing, individual units or components of the software are tested, and defects are found before performing high-level tests such as integration testing, system testing, and regression testing. In other words, unit testing focuses on the individual components of the software to verify that they are working as expected. 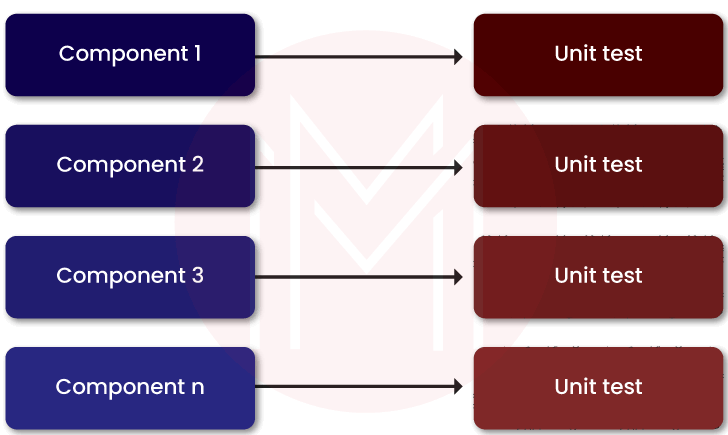 Suppose you have built an online shopping application. In that case, you must have developed codes for the various components of the application, such as the product page, payment part, user account, order history, my cart, recommendations, etc. Unit testing allows you to test the codes of the various mentioned components. As a result, you can identify code defects and debug them to meet the desired expectations.

Take the previous online shopping application example for this case too. You can use module testing to test how UI works, how the product information is displayed, how a particular page loads, how information is retrieved, how the login page works, and so on.

If you have built an employee portal for an organization, the portal may include many features such as adding new employees, payroll, attendance, etc. By using smoke testing, you can test one of the crucial features of the application – ‘adding new employees'. Suppose the employee name section doesn’t have enough fields to enter first name, surname, and last name but has only one field to enter a name; no doubt it is a significant flaw in the software.

Testing the other features without resolving this bug is a waste of time. Developers should rectify this issue first and then move to advanced testing, which will save their time significantly.

This testing is yet another basic level of testing. It is performed before regression testing or system testing. This test is used to verify how a software build works after a code change. Once the software build passes the sanity testing, it is ready for advanced testing. Unlike smoke testing, sanity testing examines only the stable builds.

Again, take the same online shopping application. If you have added a new feature in the application like 'Rewards and Offers', you must perform sanity testing before making any advanced testing. 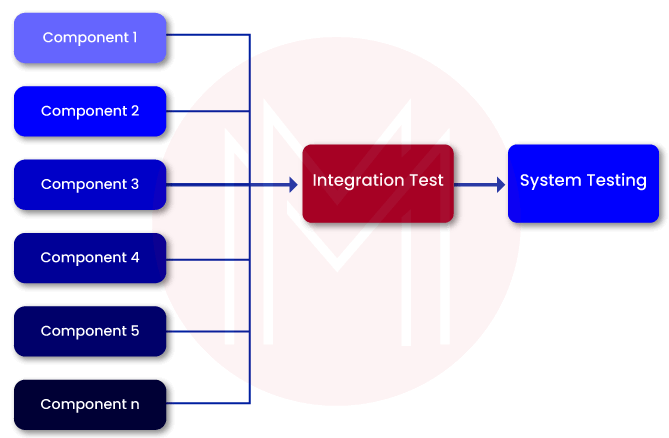 Consider the online shopping application. It may have many features, from the product to the payment page. As you know, unit testing is used to test the features' functionalities individually. But the question is, how the whole application will work together when you want to make a purchase? You can test this with the help of integration testing because if you want to complete a purchase, all the application features should work together without noise.

This testing is also named Beta testing. It is conducted before launching software. Only selected users can test the software to check whether it meets the user requirements. This testing allows for verifying how the software works in a real-time environment. Simply put, you can assess various software functionalities from the users’ perspective.

If you have modified one or more software modules, this testing must be performed. This is because when new features are added to the software, it opens up many opportunities to malfunction the software. With regressing testing, you can ensure that the new features, as well as existing functionalities, are working smoothly and don’t create conflicts in the software.

It is also known as visual testing. It helps test the functionalities of a Graphical User Interface. By conducting this testing, you can test the UI components of the software, such as the menu, text fields, buttons, etc., to test whether it meets the users' expectations.

How to Conduct Functional Testing?

You need to know the procedure to perform functional testing on software effectively.

Let’s take a look at them below: 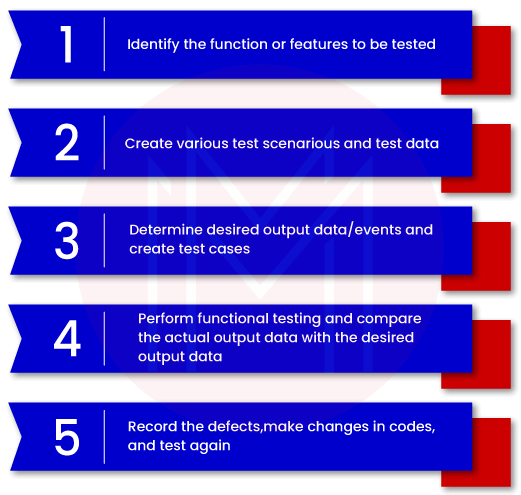 What are the Functional Testing Best Practices?

Let us know a few best practices with which you can simplify performing functional testing seamlessly.

There are a lot of excellent benefits that you can achieve by conducting functional testing. Let’s have a look at them below: