What Is Unit Testing?

In this blog, we will explain the importance of unit testing and its importance in the industry to provide the best software applications. By the time you finish reading, you will have complete knowledge about how unit testing helps in real-time problem-solving. We have curated this blog to serve you all the core concepts involved in testing an application in the early phases of development.

What Is Unit Testing?

Why is Unit Testing important?

How does the Unit Testing process work?

What are the Types of Unit Testing?

What are the most effective Unit Testing tools?

What are Unit Testing best practices?

Advantages and disadvantages of unit testing

How can you get the greatest results from unit testing?

Unit testing is a software testing method in which individual units of software, such as groups of usage procedures, computer program modules, and operating procedures, are tested to determine whether or not they are suitable for use.  Unit testing is crucial in software development because it helps produce higher-quality software by isolating and testing certain modules.

Unit testing is a kind of software testing that focuses on verifying the functionality of discrete code units. The main purpose is to guarantee that the program operates as expected. Developers use unit testing to ensure their code is performing as expected while it is still being developed.

Separate code sections may be tested using unit tests to verify they are functioning correctly. Unit testing examples include functions, methods, procedures, modules, and objects. This type of process is used to evaluate the standalone features or functions of the software. Its primary function is to act as a test bed for various components and features. Unit testing requires little input from the user and returns a single, meaningful output. Object-oriented languages use the terms Base/Superclass, abstract class, and Derived/Child class. 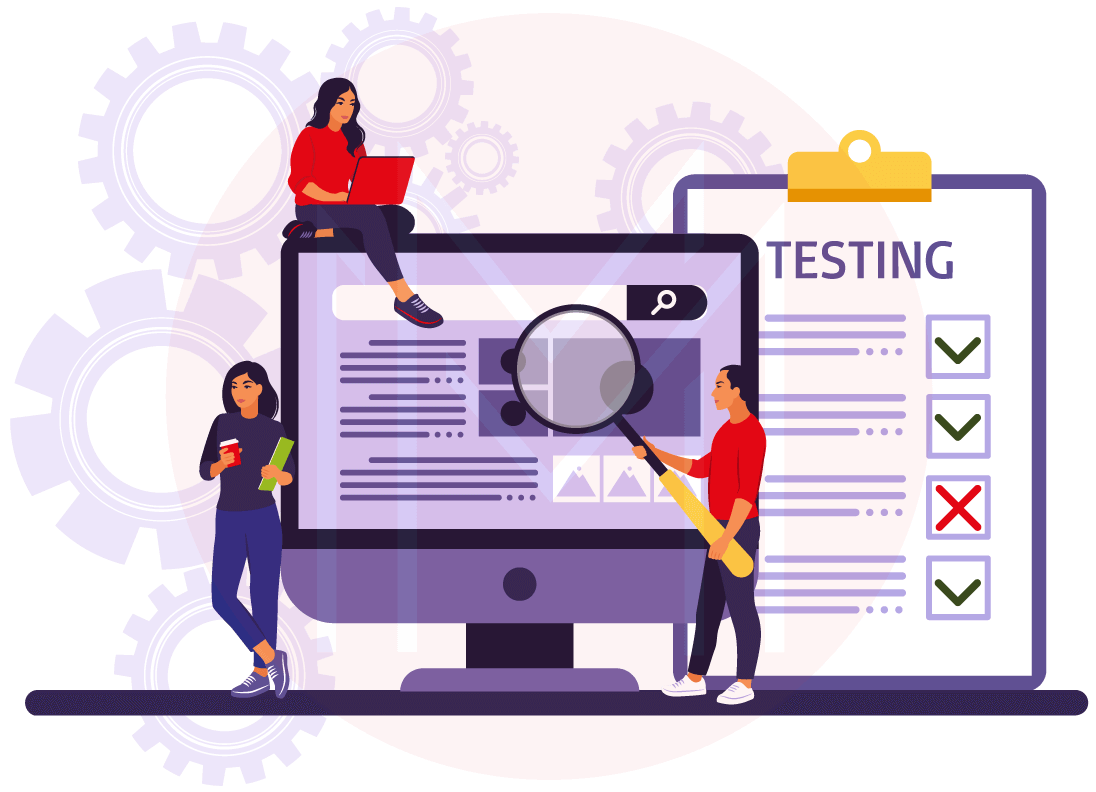 Why is Unit Testing important?

Unit testing encourages programmers to plan the software's architecture and requirements before creating code. It may be easier for developers to focus and provide creative solutions for their ideas.

Some developers may try to save time by doing little or no unit testing. If unit testing is skipped, it will cost more time to fix bugs during system testing, integration testing, and even beta testing when the app is finished.

Software testing is a complicated process with a lot of steps. It's an integral part of making software, ensuring that only the best product gets to the end user. Unit testing is a way to test software programs and apps to see if they work the way the client wants them to. If there are still problems, they should be fixed as soon as possible so that they don't show up in the version sent to clients. Unit testing is mostly about looking for mistakes in each module.

Unit testing is an essential component of developing software and plays a vital role in ensuring that the final result is of high quality. It lets developers check how each unit works and find problems before they happen. During the whole process of making a product, unit tests save you time and money and improve the quality of the code.

The following are examples of Unit Testing strategies that focus on code coverage:

With a good unit testing process, developers and testers can save time because bugs are found early in the process. It is because unit testing is the first step in testing. And skipping or limiting unit testing can make it harder to fix bugs later on. So, it is vital to do unit testing at the beginning of the software testing process before making plans for integration testing.

How does the Unit Testing process work?

In software testing, this is usually how the process of unit testing works:

Unit test cases should be separate from each other so that if changes need to be made, they can be done without affecting the others. One piece of code is tested at a time, and naming rules should be clear to make the process much more transparent and manageable. Before moving on to the next phase, any bugs that have been found should be fixed. Unit testing can be simple or complicated, depending on the application, developer, or independent testers' testing strategies.

What are the Types of Unit Testing?

The following two categories of unit testing are described below:

Manual testing is going to take time in most situations. But the manual approach is typically preferred in other scenarios, such as when it's impossible to develop automated test cases to cover every possible scenario.

Developers often think that they'll save time and money if they don't test their code enough at the unit level. If unit testing isn't done right, fixing problems found during system testing, integration testing, and beta testing will take a long time and cost a lot of money. But if unit testing is done well, fixing bugs found at these later stages won't be necessary. Unit testing done well early in the development process could save both time and money in the long run.

Here are some essential justifications for using unit testing in software development: Stages of unit testing: 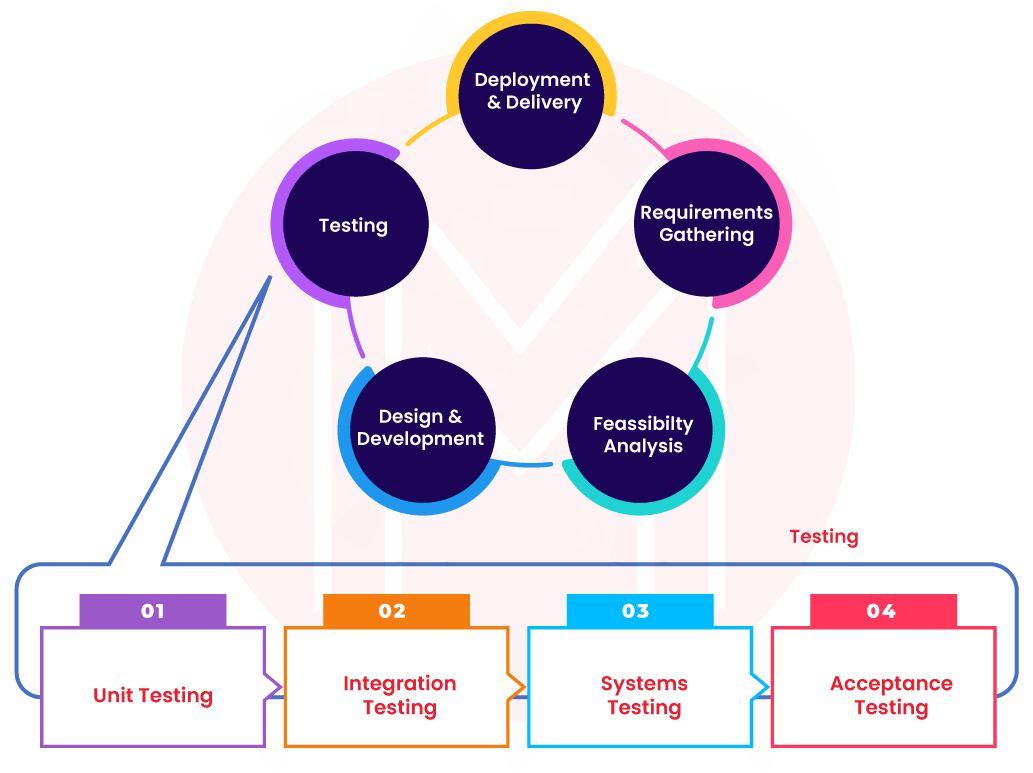 The unit testing technique helps verify the correctness of a piece of code, and it makes use of stubs, mock objects, drivers, and unit testing frameworks. Because it is used from the beginning of the SDLC, this testing strategy guarantees that flaws are discovered and repaired before they become too costly for organizations to rectify later. Unit testers may test each piece of source code independently by using one of three primary forms of Unit testing techniques. Unit testing in its many forms guarantees that the program meets all of its various needs.

Unit testing techniques strategies can be broken down into three broad categories:

Unit testing's biggest challenge is that it takes a lot of time. Sometimes it takes more time to write the unit testing scripts than it does to write the code being tested. Unfortunately, this extra complication causes many software development teams' build times to extend beyond what is acceptable.

The software development team may face many potential stumbling blocks when carrying out unit testing that might prevent the process from going as smoothly as planned or the team from achieving the desired outcomes. The testing team encountered issues like:

What are the most effective Unit Testing tools?

The following is a list of the most refined unit testing tools available:

JMockit is a testing tool that is available in an open-source format. JMockit is a tool for performing code coverage. Mocking an API is made more accessible due to its ability to record and verify syntax. A sort of tool known as this provides coverage for lines, paths, and data, respectively.

Testing software for the PHP language is referred to as a PHP Unit. It then performs individual tests on each unit, which are referred to as being comprised of "units." This testing tool employs pre-defined assertion techniques to assert that the system should act in a particular fashion to achieve the desired testing results.

As a testing framework, NUnit was employed, and this tool was used for all of the tests. Net languages. It is an open-source tool that may be used to develop scripts manually. NUnit allows data-driven tests to be done in parallel.

An integrated development environment (IDE) plugin known as Parasoft Jtest uses open-source frameworks such as JUnit, mockito, PowerMock, and Spring to facilitate guided and one-click activities for the creation, scaling, and maintenance of unit tests. It does this by automating the parts of Unit Testing that take up the most time, which enables it to concentrate on the business logic and provide more helpful test suites.

EMMA is a free toolkit and may be downloaded online to analyze and report on Java source code. EMMA supports coverage kinds such as method, line, and basic block. It is a utility that runs on Java.

JUnit is a tool that supports the Java programming language and may be used for free. Additionally, it offers support for making assertions to identify the testing technique. JUnit is a testing tool that examines data before incorporating the results into a program's code. 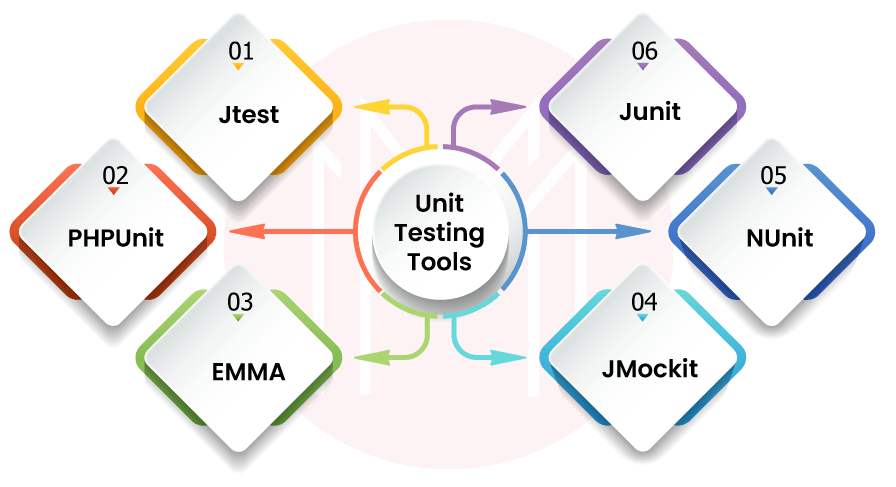 What are Unit Testing best practices?

When developing a project, it's important to use the following best practices for unit testing to guarantee success. Make sure each set of unit tests can be run in isolation. When doing unit tests, it is essential to ensure that each test can stand independently. Unit tests may fail if they rely on external dependencies when making updates or improvements. It may also make running and debugging test cases more complicated. That's why ensuring that the cases in your unit tests can stand independently is crucial.

Even though a single code may affect many distinct scenarios, unit testers must execute separate test cases for each use case. This will make it much easier for teams to make modifications or rework existing code.

Plan, take action, and insist; in other words, AAA. With the use of the "Act" phase, this pattern helps to limit the mingling of assertions by separating them from the "assemble" and "assert" processes, which are necessary for testing. It results in more understandable test scenarios.

Having well-thought-out variable names is a recommended practice that should be adhered to in all unit tests. As a result, stay away from magic strings and stick to standard naming patterns.

Using a build script to automate your unit tests is a great idea, but you should make sure that the test code is not released with the main program.

Bugs in your test suite are more likely to occur if you write unit tests with logical criteria and manually concatenate strings. The desired outcome should be tested rather than the specifics of the execution. The tests may become less predictable and more challenging to interpret with the addition of conditions like if, while, switch, for, etc. If you must include logic in your test, you can always divide it into two or more parts.

How can you get the greatest results from unit testing?

By adhering to the principles outlined below, unit testing may provide the best possible results without causing confusion or adding an unnecessary layer of complexity:

To put it simply, unit testing is a kind of software testing in which discrete parts of a program are examined and evaluated. As you can see, unit testing may include a wide range of activities. It might be either simple or quite complicated, depending on the application being tested and the testing methodology, tools, and philosophies employed.