JSF (JavaServer Faces) offers a component library to define your application's architecture. Understand how to add Faces components to a JSF page and link them to page data here.

In this example, we will create a simple caching system that uses an EJB singleton to handle the cache in memory. Later, we will show how to introduce data persistence to keep our cache on storage.

Enthusiastic about exploring the skill set of Jboss? Then, have a look at the JBOSS TRAINING COURSE together with additional knowledge.

Let’s start by adding a page named home.xhtml to your Dynamic Web Project: 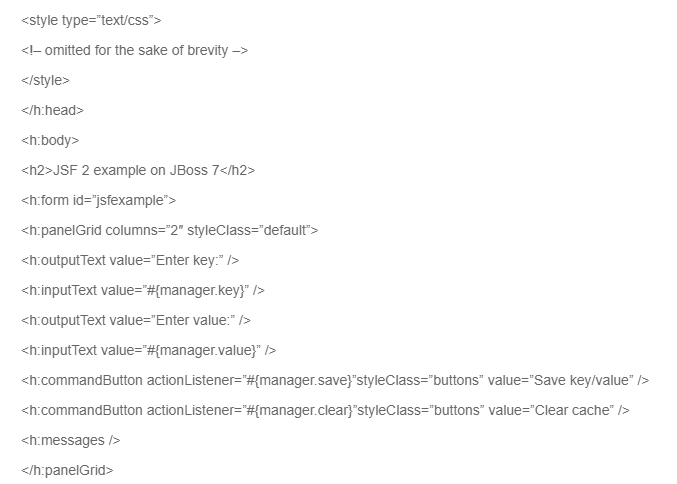 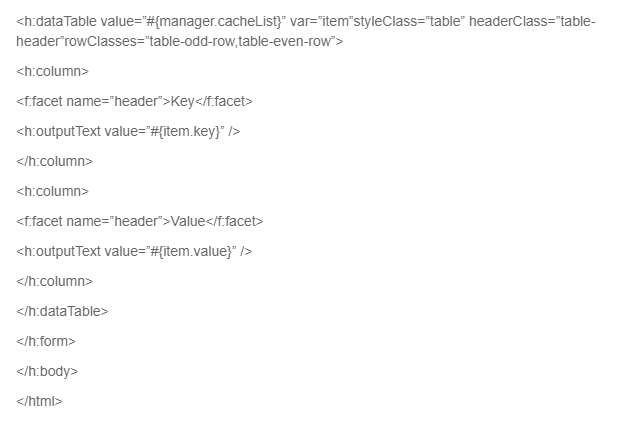 Luckily, JBoss JSF 2 has introduced annotations to register Managed Beans. With annotations, the bean and its registration are in the same place (Java class), so it becomes much easier to manage.

Now, let’s see how to code the PropertyManager Managed Bean: 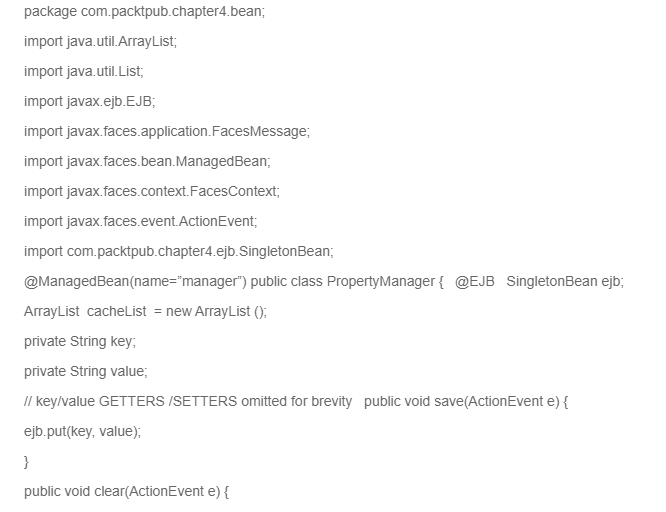 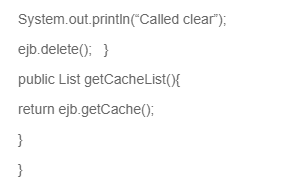 The most relevant part of this class is the @ManagedBean annotation that registers this class as a JSF Managed Bean. Next, the @EJB annotation is used to inject the SingletonBean into the class.

The SingletonBean is an EJB, which is marked with the special @javax.ejb.Singleton annotation. A class with such annotation is guaranteed to be instantiated only once, thus it is the middleware equivalent of the J2SE singleton pattern. In the Java EE context, they are primarily used to store application-wide shared data.

Create a new class named SingletonBean. The aim of this class will be to store key-value pairs in HashMap: 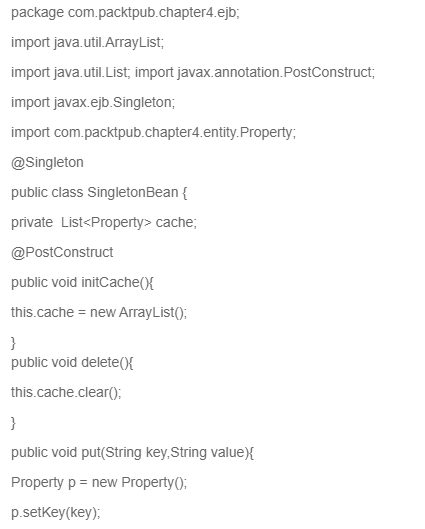 This class is intentionally placed in a package com.packtpub.chapter4.entity, since in the next section of this chapter, we will use this class as an Entity for storing data.

If you have completed all these steps correctly, you will end up with a project containing the following items: 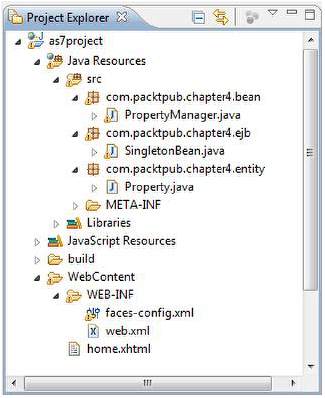 Choosing the web context of the application

The context name is, however, customizable, and the simplest way to achieve it (without changing the archive name) is by adding a jboss-web.xml file to the WEB-INF folder of your project: 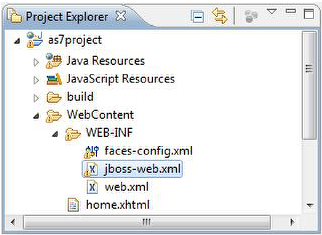 The content of this file will include the custom Web context, as specified by the context-root element: