Tomcat and JBoss are two of the most widely used Application and web servers around the world.  Both of them have their own areas of strength and usability. Any java developer building online Java apps and Java-based sites always had to think more than once regarding which choice to make. Making the right choice of keeping the requirements in mind helps in completing the job faster.

No need to worry if you are stuck in the same boat. By the end of this article, we'll help you decide which one is the right fit for your requirements but before that let's have a quick recap of what an application server is. 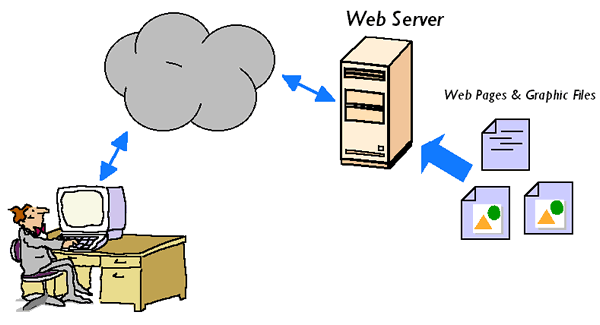 What is an Application Server?

In simple words, we can define an Application Server as a software framework that facilitates a user to create web applications and also provides a server environment to run them. One of the main functions of an application server is to give access to business logic to the clients which help in generating dynamic content. Business logic is the code that helps in transforming the data to provide specialized functionality offered by a business, service, or application.

Enthusiastic about exploring the skill set of Jboss? Then, have a look at the JBoss Training together with additional knowledge.

Application Servers can be web containers and EJB containers.

Jetty, Tomcat, Jersey are the popular ones.

EJB containers give you data storage APUs like EJB CMP and BMP, plus CMT for transactions.

JBoss, WebLogic, Glassfish, and WebSphere are some of the examples.

The architecture of Application Server

The Java EE infrastructure is partitioned into four logical containers.

The second is the Web container. This module includes servlets and JavaServer Pages (JSP). It is the component that interacts with Java servlets.

The third container is the JCA container. This contains the Java EE Connector Architecture. It helps in connecting application servers and enterprise information systems.

The final one being the JMS provider. It provides the Java Message Service. It is a Java message-oriented middleware API for sending messages between two or more clients.

Commercial Java application servers have been dominated by WebLogic Application Server by Oracle, WebSphere Application Server from IBM, and our topic of interest today, JBoss Enterprise Application Platform (JBoss EAP) by Red Hat. A Java Server Page (JSP) executes in a web container. JSPs provide a way to create HTML pages by embedding references to the server logic within the page. HTML coders and Java programmers can work side by side by referencing each other's code from within their own.

The application servers mentioned mainly use RMI, EJB, JMS, and SOAP. Some also target networks other than web-based ones.

Application servers are considered as an extension to Web Servers. Let us have a quick recap of what a Web Server is and then we can point out the difference between Application Servers and Web Servers.

What is a Web Server?

Web Servers are software programs that take HTTP Requests from clients (you and me), process the requests, and deliver the web pages back to the clients. Web servers are basically computers that serve web pages. Each one has an IP Address along with a possible domain name. When you enter the URL http://mindmajix.com/ in your browser, a request to the webserver with domain name mindmajix.com is sent. Now, that particular web server gets the page and displays it on the browser.

If we look back, the concept of web servers was formed considering only the static content on the web. For Example
For a better understanding, let us consider two simple scenarios in the setting of an online marketplace. One with Web Server without any Application Server and the other in which both are running in conjunction.

In the 1st scenario, when you search for a particular item on the portal the site performs a lookup back in the database and an HTML result is given. Every time you send a query, this back and forth communication happens. If another user searches for the same query item, the entire process is repeated. This redundancy can be handled by using an application server.

In the 2nd scenario, upon a search of the same query by another user, the results are generated by the server without a need for lookup in the database.

The open-source implementation of the Java Enterprise Edition suite of services is the JBoss Application Server or JBoss AS. It is developed by JBoss, one of the subsidiaries of Red Hat Inc. For its functionality, it primarily relies on JavaBeans API developed by Sun Microsystems.

It serves enterprise customers looking for pre-configured profiles of JBoss Enterprise Middleware components that have been tested and also certified providing an integrated experience.  It is not only ideal for users who have just started with J2EE but also for senior architects requiring a more customizable middleware platform.

Why is JBoss popular?

JBoss Application Server was renamed WildFly on November 20, 2014. The JBoss Community and other Red Hat JBoss products like the JBoss Enterprise Application Platform were not renamed.

Apache Tomcat often referred to as Tomcat Server, is an open-source Java Servlet Container developed by the Apache Software Foundation (ASF).  Apache Tomcat is a widely used application due to its lightweight, effective, and efficient nature.

Tomcat is often described as a reference implementation of the Java Servlet and Java Server Page (JSP) specifications. It is the result of an open collaboration between developers. The Apache web site has made both the binary and source versions available.

Commonly referred to as Tomcat, it implements several Java EE specifications like Java Servlet, JavaServer Pages (JSP), Java EL, and WebSocket. Tomcat can be used as either a standalone product with its own internal Web server or together with other Web servers.  Tomcat can also be used as an HTTP Server since a default HTTP connector is provided on port 8080.

Since the performance of Tomcat as a web server can't be compared to that of a designated one, people go for the likes of Apache HTTP Server. It also provides a pure Java HTTP web server environment in which Java code can run.

Tomcat vs. JBoss: Which one is better?

First things first, Tomcat is merely an HTTP server and Java servlet container But JBoss is a full-blown Java EE application server.  We can't compare Tomcat and JBoss, because one of them is a superset of the other. JBoss is Tomcat plus JMS messaging provider, Web Services engine, Management capabilities, scripted administration interface, data grid solution, Advanced security, dynamic and powerful clustering engine, and Transaction management service.

Saying JBoss is better than Tomcat or the other way around would be very erroneous. Factors like situation, architecture come into play.
You should choose Tomcat if all you need is JSP and Java servlet support. JBoss is very powerful, but it is more complicated than Tomcat and also consumes considerably more memory and processing resources.

Another factor of comparison would be the price or Return on Investment on the project. Mastering the complex stack of technologies with Tomcat and Spring requires skilled and well-paid developers. JBoss can be easily picked up by even average-to junior developers.

With improvements like TomEE coming up and recent developments like a lighter version of JavaEE and a JavaEE certified version of Tomcat, there's a chance to get the best of both worlds now. To conclude, it boils down to your requirements. We have provided you with some of the use cases where Tomcat is preferable and other use cases where JBoss is preferable. We assume our readers will carefully consider the requirements, consider the budget, and make a careful decision.