In this Keras tutorial, you will learn about the Keras framework or API. It is used to develop and define Deep Learning Models. It is implemented on the freeware machine libraries such as Theano, TensorFlow, etc. Keras Tutorial provides a simple method to Develop Deep Learning Models.

Keras is a freeware deep learning framework of Python. It is developed by an artificial intelligence researcher whose name is “Francois Chollet”. It is a top-level neural network API developed in python. It supports both recurrent and convolutional networks and the amalgamation of both. Many Top companies, like Netflix, Google, Square, are presently using Keras tools. It is used to develop Deep Learning Models. It uses libraries of different programming languages like Python, C++, C, etc.

The features of Keras are as follows:

The Advantages of Keras are as follows:

Deep Learning is considered a subdomain of Machine Learning. The main job of deep learning is studying the input layer by layer. Some of the fundamentals of Deep Learning are as follows:

It is a well-known Artificial Neural network. It is hugely used for the purpose of video and image recognition. It is founded on a mathematical concept called “convolution”. It is identical to the Multilayer Perceptron. The main layers of Convolution Neural Network are as follows:

It is used to detect the defects present in the other ANN Models. The main job of RNN is to save past data and decisions. This method is mainly used in image categorization. The RNN bidirectional is useful to anticipate the future according to the past.

The Existing Models of Keras are as follows:

The API of Keras is distributed into three primary categories:

In Keras, each ANN is indicated using Keras Models. 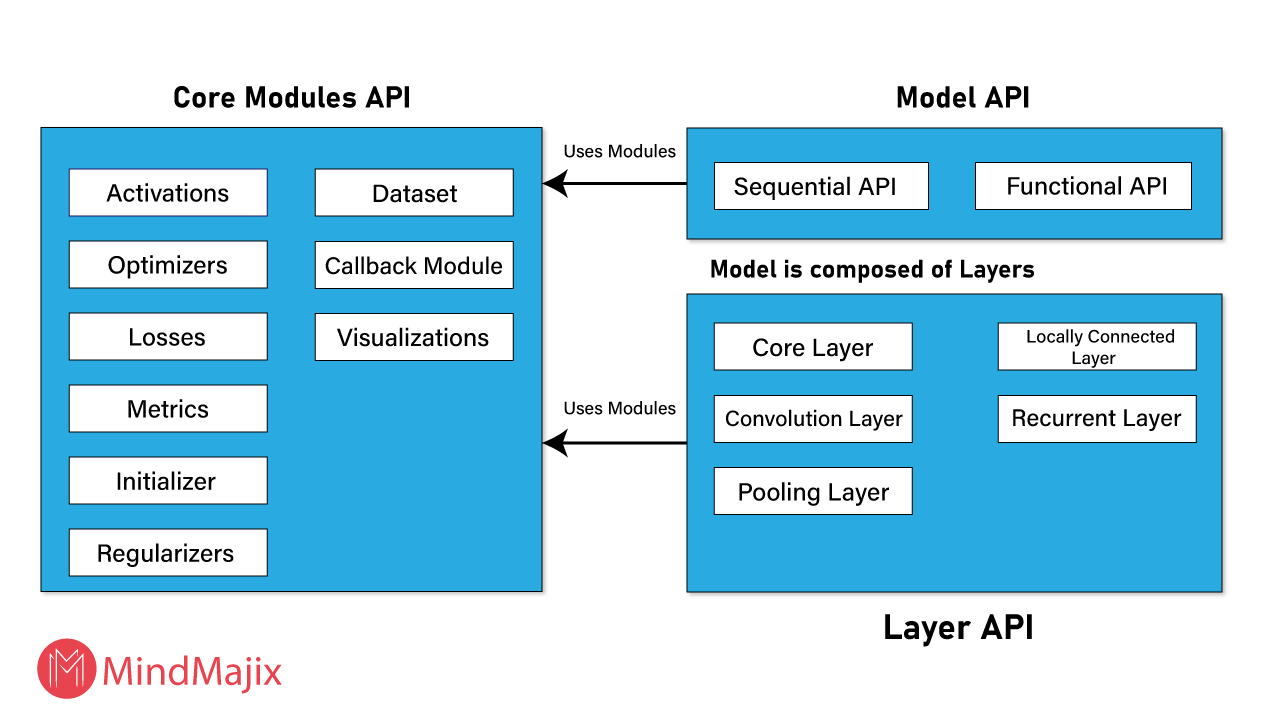 The above diagram represents the Keras Architecture.

Keras Models are of two types, they are:

Keras Provides some neural network functions; they are as follows: 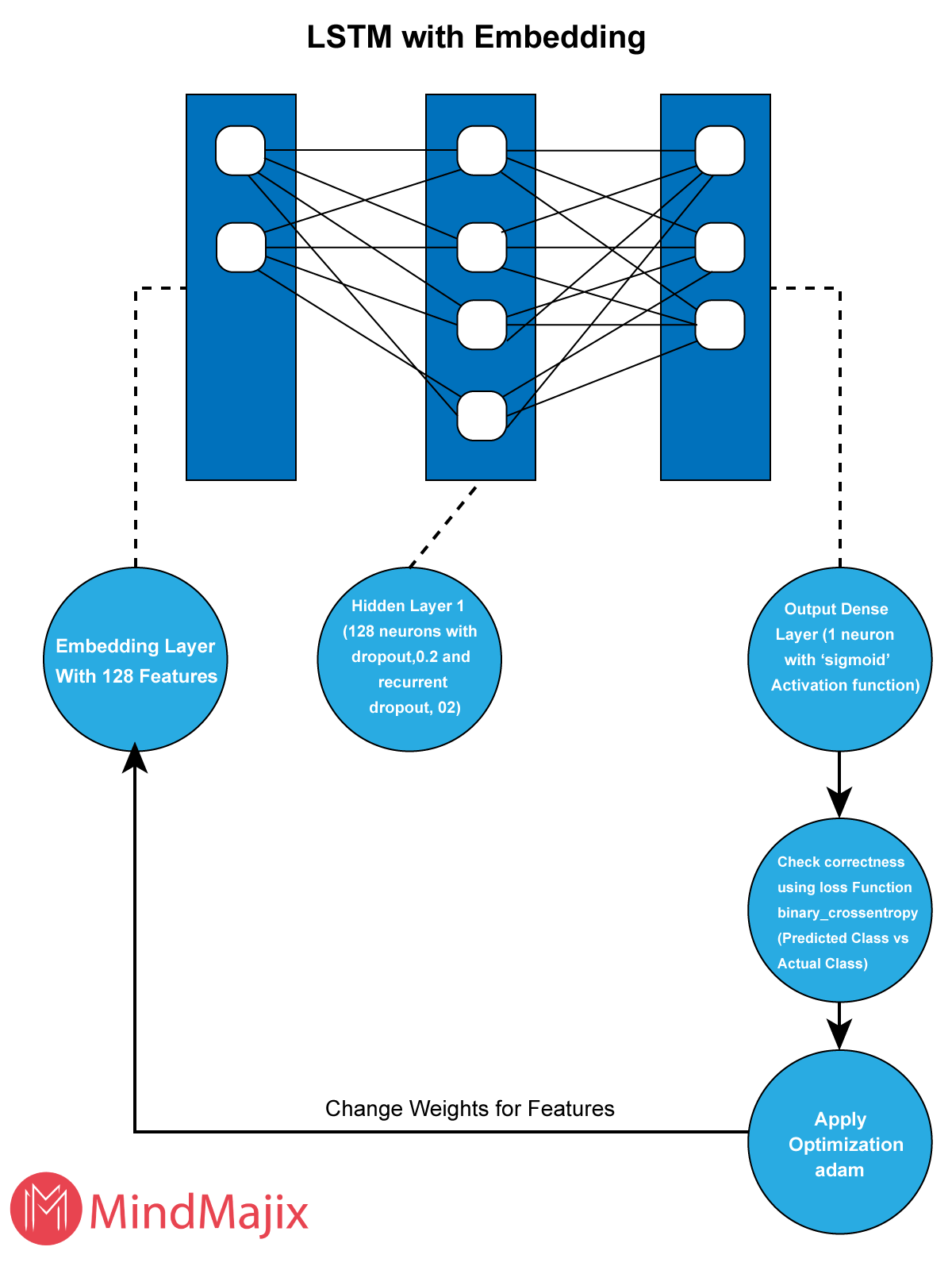 The features of the above model are as follows:

The Convolution Neural Network is depicted as follows: 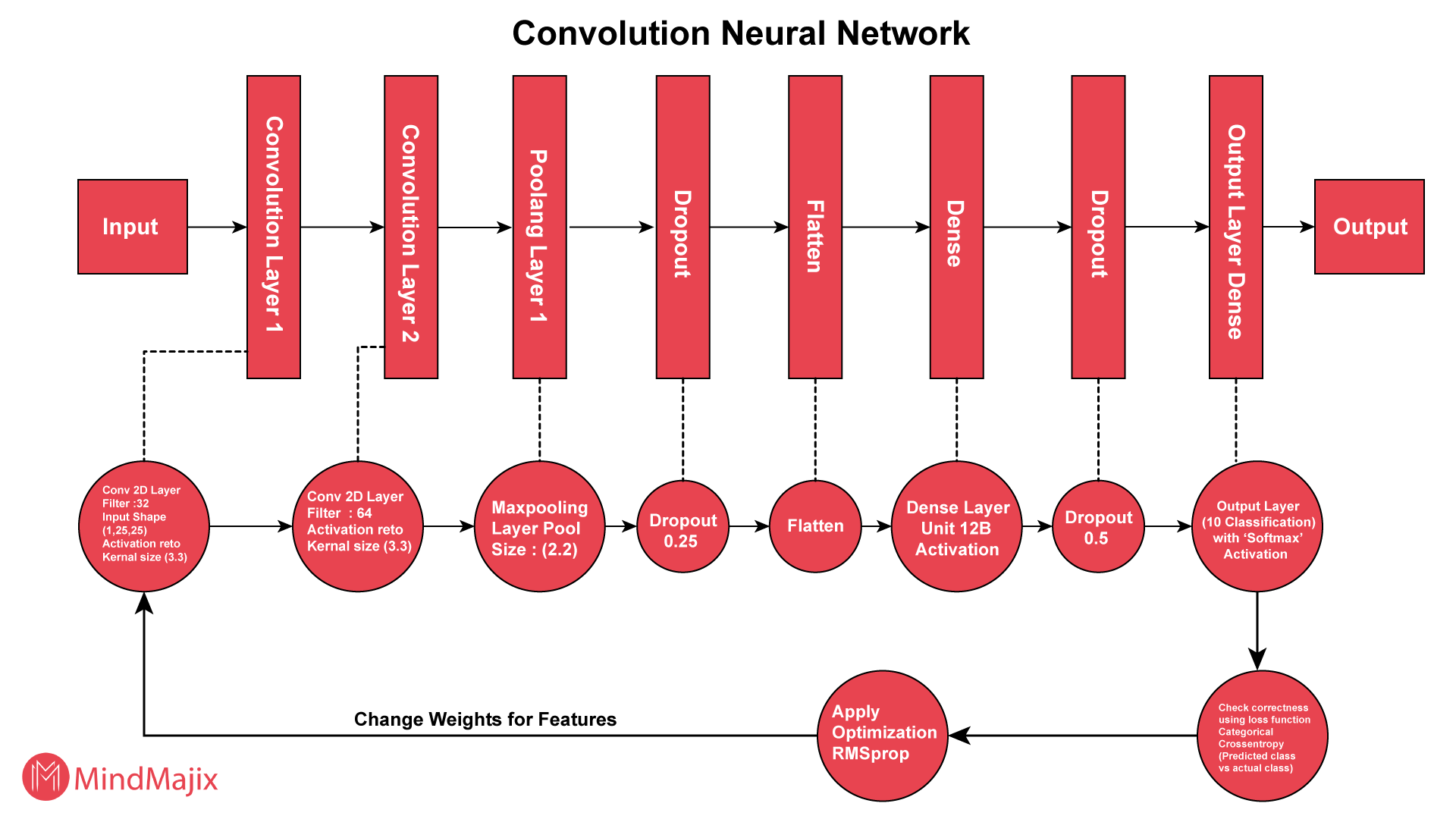 The important features of this model are as follows:

At the time of development of the model, Evolution is a process to check the model is suitable for the problem and the respective data. To do the evolution process, Keras has a function. The three arguments of the function are as follows:

The Keras Applications is used for developing pre-trained models for the purpose of deep neural networks. Keras Models are used for fine-tuning, prediction, and feature extraction.

Trained Models contains two modules: Model weights and Model architecture. Model weights are big files. Therefore you have to download it, and the feature should be

Extracted from the ImageNet database. The famous Pre-trained Models are as follows:

Keras is considered as a framework used in deep learning to analyze the given input and develop the Deep Learning Models. It is built on libraries like Theano, Caffe, TensorFlow, Caffe, etc. It is more helpful in the image and video recognition process. As the requirement of machine learning is increasing, the demand for Keras framework and Deep Learning is also increasing. So, the professionals who are working with Machine learning must have knowledge of the Keras framework.