Creating SUBVIS From Sections Of A VI in Modular Programming - LabVIEW

In the simplest terms, modularity is using smaller elements to accomplish a larger goal. Program modularity in LabVIEW refers to the division of code into smaller units known as subVIs. A subVI is like a subroutine in a text-based computer language. This article will demonstrate you how to construct a subVI, how to customize its icon appearance, and how to build and configure the connection pane.

You can convert a section of a VI into a subVI by using the positioning tool to select the section of the block diagram you want to reuse as shown in Figure 3.11. Then select Edit» Create SubVI as 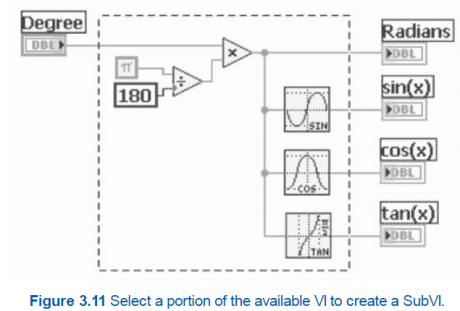 shown in Figure 3.12 from the menu to convert the selected portion into a subVI. SubVI created with default icon is shown in Figure 3.13. An icon for the new subVI replaces the selected section of the block diagram. LabVIEW creates controls and indicators for the new subVI, automatically configures the connector pane based on the number of control and indicator terminals you selected, and wires the subVI to the existing wires. 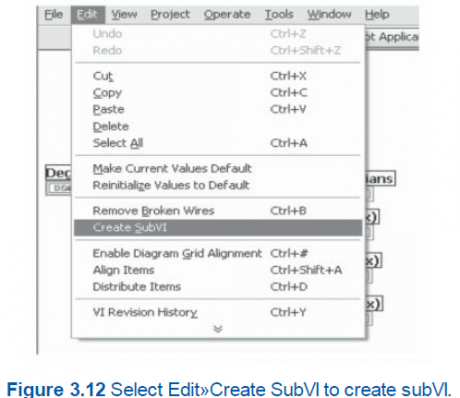 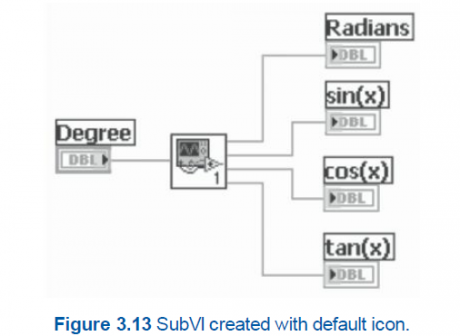