Kubernetes has a wide and rapidly growing ecosystem and it has extensive support, services and tools. In the year 2014, the Kubernetes project was open sourced by Google. In this blog, we’re going to cover Kubernetes Ingress including what it is and a few of the concepts you will have to learn.

Kubernetes is a portable extensible open source platform that is used in management of containerized services and workloads. Kubernetes helps in facilitating both automation and also declarative configuration.

There are number of Kubernetes features and it is:

A management window that is container centric is provided by Kubernetes and it choreographs networking, computing, and also storage infrastructure for the workload of the users. This helps in providing simplicity of platform as a service that has the flexibility of infrastructure as a service. It also helps in enabling portability throughout infrastructure providers.

Kubernetes as a platform

Kubernetes provides lots of functionalities. With the help of application specific workflows are streamlined so that velocity of the developer can be accelerated. The ADHOC often requires robust automation at scale and this is the reason why Kubernetes is designed in such a way so that it can serve as a platform which is required for building an ecosystem of components and also tools which makes it easier to scale delay and manage applications.

There is a label which allows the users to organize the resources according to their preferences. Then there is an annotation that allows the users to decorate resources with the help of custom information so that it can facilitate the workflows. This helps in process of checking state for the management tools.

There is Kubernetes control plane from which is built on same APIs which are available to developers and users. Also the users have the power to write their own controllers that includes schedulers.

One of the Kubernetes architectures is node. This is a worker machine in Kubernetes which was precious named as minion. Depending up on the cluster a node can be a VM or a physical machine. Each node is managed by the master components and they have the services which are necessary for running pods. A node status will contain the following information

Another one of the Kubernetes architecture is master node communication. It is a fact that all each and every communication paths that start from the cluster to the master has its termination point at the API server. With the help of single or multiple forms of client authentication enabled, this API server is configured in such a way that it can listen to connections that are remote on an HTTPS port (443) which is secured. This happens in case of a cluster to master.

There is a lot of confusion regarding how Ingress works with Kubernetes does. So first let us have a clear idea of what Ingress means.

If you want to expose each and every public system traditionally you would want to create a load balancer. With the help of Ingress, you would be able to create a route request to the services. These route requests are based on the request path or host that centralizes a series of services into a single of a single entry point. Ingress can also be defined as an API object which helps in managing external access to the services in a form of a cluster which is typically an HTTP. Ingress can be used to provide load balancing; name based virtual hosting and also SSL termination.

Leave an Inquiry to learn Kubernetes Training Course in Bangalore

Any system that is capable of reverse proxying is known as Ingress controller. It is also commonly known as Nginx. Also you should keep in mind that if you do not have a provider that supports load balancer services then you might want to create a Node port and then you can point to the nodes with a different solution that will reverse a proxy cable on the basis of routing requests that are to be exposed to the Node port for the Ingress Controller on each and every nodes.

Some of the terminologies that are related to Kubernetes Ingress

Pods and services typically have IPs that can only be routed by cluster network. That traffic that ends up at a router which is an edge router can be either forwarded or dropped elsewhere. In order for inbound connections to reach cluster services, there are certain sets of rules which are known as Ingress.

Kubernetes was built by Google and it was based on the experience which involves running containers in production and the success of this relies much on the involvement of Google. These are the four main benefits of using Kubernetes. 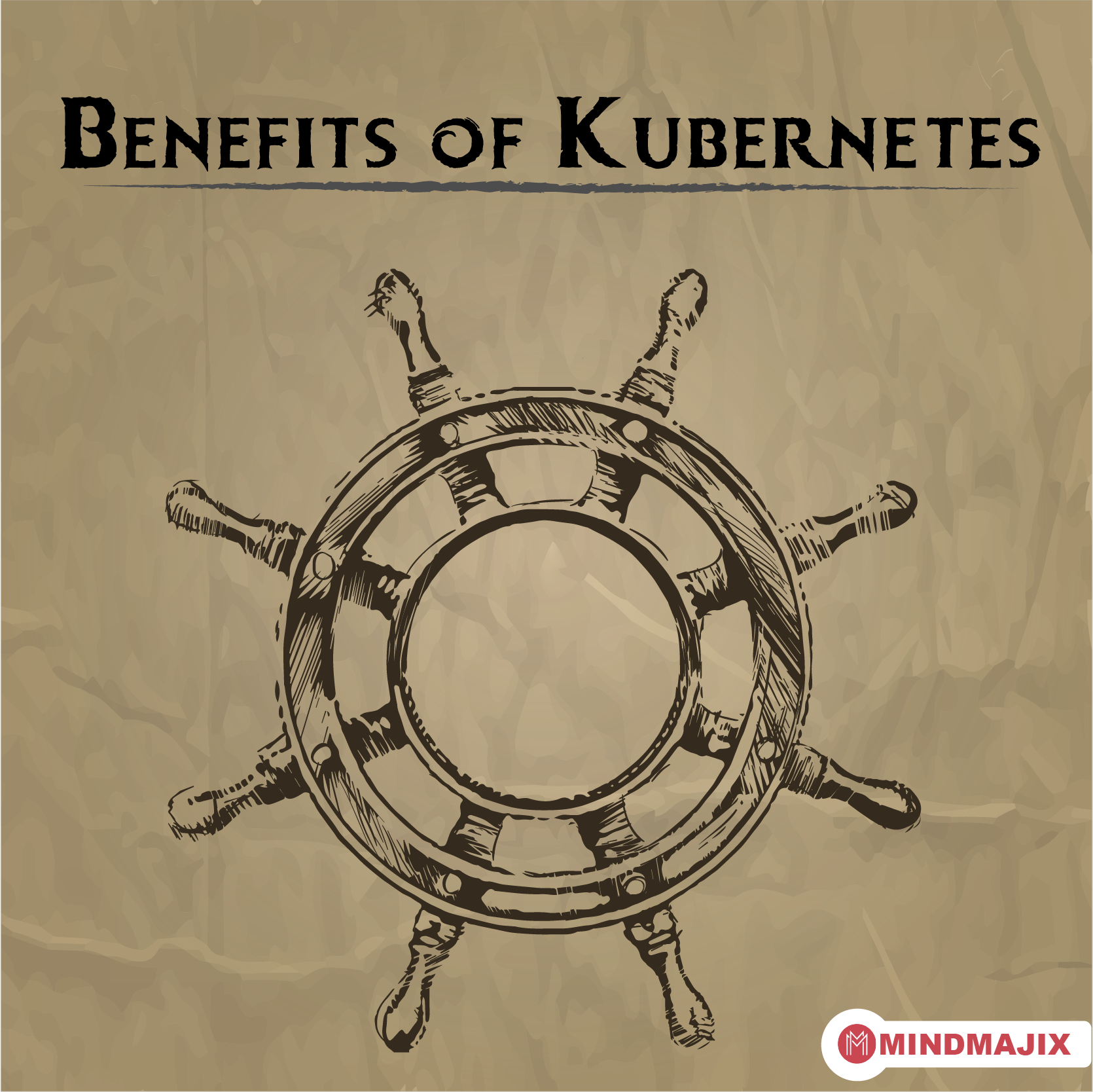 1. It is an infrastructure framework

With a clear separation of concerns, applications are divided into smaller parts that are allowed by containers. An individual container image that is provided by a straying layer allows us to rethink how to build applications that are distributed. This type of modular process enables a faster development by smaller and also by more focused teams. This will allow the process of isolation of dependencies. But it cannot be done through container alone and you will need a system for the purpose of orchestrating and integrating the modular parts and this is achieved by the use of Kubernetes which uses pods. The term service in Kubernetes means that it is used to group a number of pods which can perform the same functions. Services can be very easily configured for the purpose of observability, discoverability, horizontal scaling, and also load balancing.

3. The benefit of deploying and also updating software at a scale

The emergent of DevOps has increased the speed of the building and testing process but this method is not supported by all frameworks. This model is supported by Kubernetes with the help of Kubernetes controllers.

Kubernetes also simplifies certain deployment operations that are really helpful for the developers of modern applications.

Kubernetes does not restrict those supported language rules times and dictates application frameworks. A wide variety of workloads is supported by Kubernetes and it also includes stateful, stateless, and also data processing workloads.

4. Kubernetes also lays the foundation for the cloud-native apps

The cluster on Kubernetes can run on EC2 and it can also integrate with certain services like Amazon elastic block storage, auto-scaling groups, elastic load balancing, and many more. Kubernetes is very popular because of the innovation, architecture and also the huge open source e community that surrounds it. You will also be able to derive the maximum amount of utility from the containers by using Kubernetes. It helps in building cloud-native applications and these applications will run anywhere. It makes a breakthrough for the purpose of DevOps since it will allow keeping track of the requirements of modern software development. Kubernetes is indeed a very efficient model for the purpose of application development and also operations.