Common Mistakes And Other Useful Hints And Tips - Talend 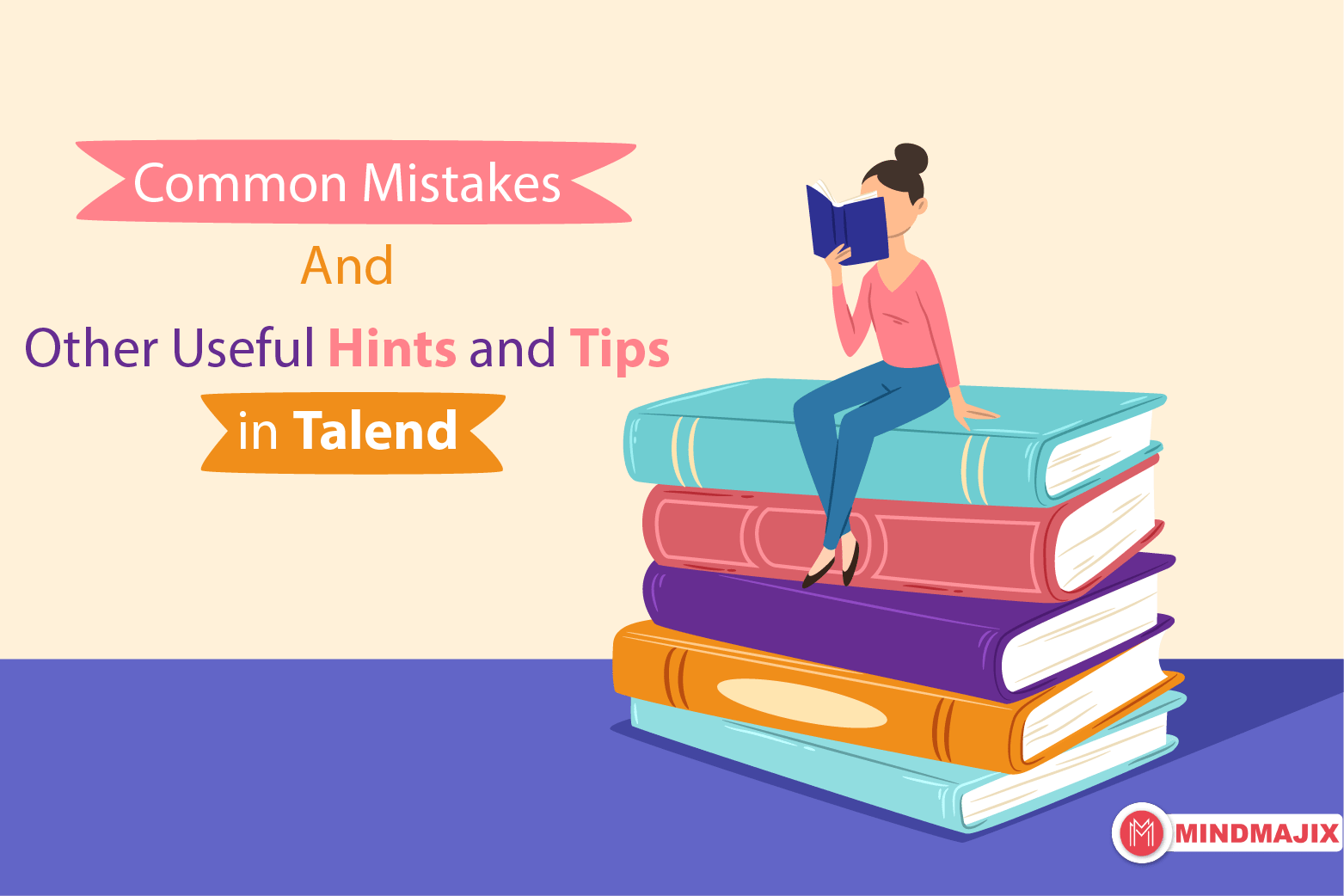 My tab is missing

If you find that, say, your Run job or context tab has gone missing, perhaps as a result of you accidentally closing them, then there are two options for getting them back.

If you would like to Enrich your career with a Talend certified professional, then visit Mindmajix - A Global online training platform: “Talend Certification Training” Course. This course will help you to achieve excellence in this domain.

The first option will restore a tab, the second will reset your whole UI.

This method allows you to simply restore a missing tab. 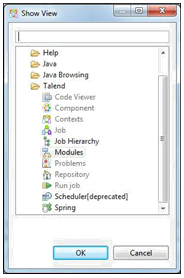 This option allows you to reset the UI to its original format, so it is more disruptive than the previous method. 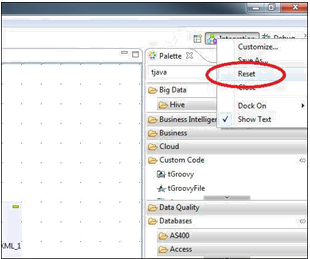 When using RELOAD at each row with global map Key, Talend allows you to cut and paste expressions into the global map variable, but when you go out of the tMap component and come back in again, you will see that it hasn’t changed. 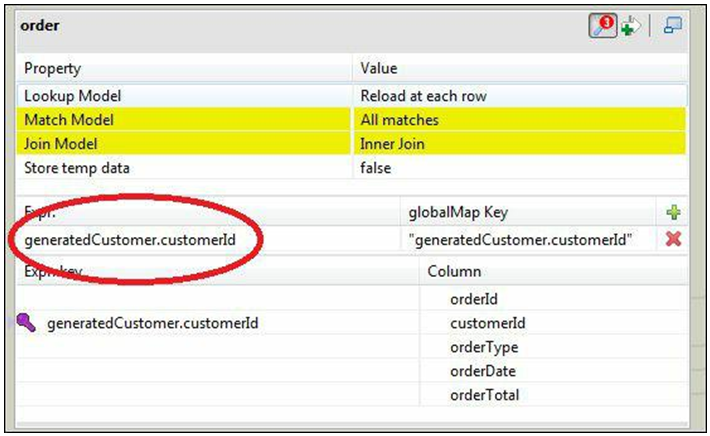 To get around this, you have one of two options: 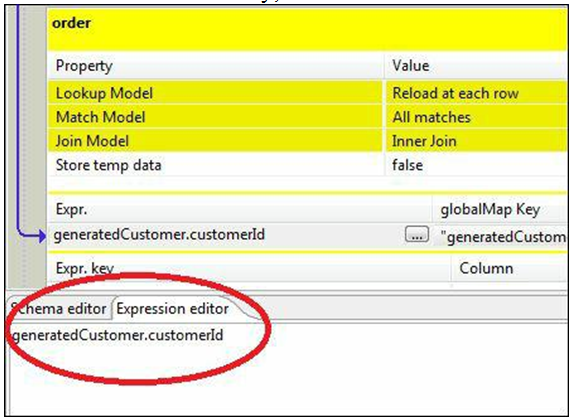 All components produce one or more globalMap variables that can be used in other components, such as tJavaRow.

If you do have lots of components, then using Ctrl + Space to locate your specific globalMap variable may be difficult.

A simpler method is to open the component tab for the component, ensuring that it is in panel mode and that you can see the outline view in the bottom right-hand side of the studio.

You can then simply expand the given component and drag the variables from the outline panel into your code panel, as shown in the next screenshot:

Upon dragging the GlobalMap variable from the Outline window to the value property of the tSetGlobalVar component the value entry field remains grey and the windows cursor shows a stop sign.

Java provides a wide range of date options that can be used to define date formats, but sometimes the options to choose for a particular date-time string aren’t immediately obvious.

Some date formats that may prove useful are as follows:

The pattern for this date and time format is yyyy-MM -dd’T’HH:mm:ssXXX.

The pattern for this date and time format is EEE MMM dd HH:mm:ss z yyyy.

The tMap component is the most powerful and flexible of the Talend components, but unless you know where to look, some of the options available aren’t immediately obvious. Take for example, the Die on error flag.

For most components, this is in the main component panel, but for tMap, it is in the tMap configurations dialog, as shown in the next screenshot: 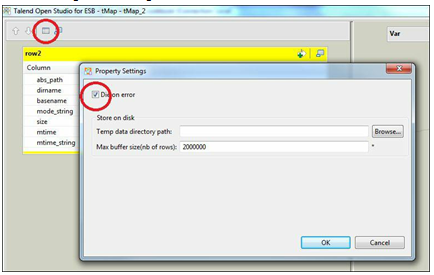 Unchecking the Die on error box will create a new output error flow called ErrorReject, containing a message and a stack trace. Additional fields may be added if required, as shown in the next screenshot:

Often, for logging or error messaging purposes, it is required to capture information about the job, such as the job name or the project name.

Three common values that can be used in a job are shown in the following table:

Talend also stores a host of other variables, such as parent and child process IDs that can be easily found by opening an empty job and inspecting the Java code.

If you inspect code generated from a tMap variable, you will see that each of the expressions are converted into a line of the following format: output column = expression;.

In this case, we simply force the expression logic in the generated code to become:

This is how it looks in the expression editor in Talend: 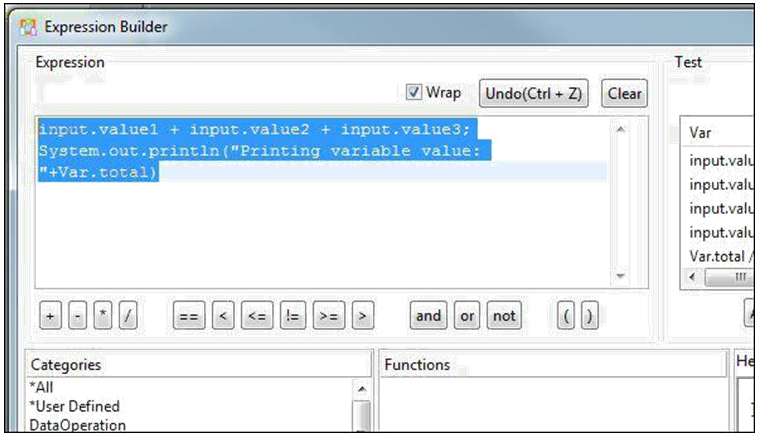 When dealing with large amounts of data, there is often a trade-off between performance and memory usage, so it is likely that at some point in your Talend career, you will encounter a problem that is memory-related.

This section will cover many of the actions that can be taken to ensure that you are able to deal with your memory errors quickly and efficiently.

Increasing the memory allocated to a job

By default the ini file includes the following JVM parameters:

The memory that you can allocate to your Talend Studio depends mostly on your system memory availability. However, the following settings are recommended based on the most usual system memory values.

With 2 GB of memory available on a 32-bit system, bounds can be changed as follows:

With 8 GB of memory available on a 64-bit system, the optimal settings can be:

Modify the Java parameters to allocate more memory to Talend Studio, for example, with 8 GB of memory available on a 64-bit system, the optimal settings can be:

The tMap lookup data is by default stored in memory, so large lookups will consume large amounts of memory. Wherever possible, ensure the following:

This should be best practice for any lookup, regardless of size, but for large lookups, the removal of just a couple of columns for every row can sometimes reduce the memory requirement significantly.

If you need to read the same lookup data multiple times in a job, then it is wise to load only one copy of the data into either a tHashOutput component or an in-memory table at the start of the job, and then read the lookups directly from the in-memory constructs.

This technique will also ensure that your job start-up time is lower since there will be no requirement to load multiple versions of the same data from a file or a database.

You may also consider splitting the job into multiple jobs, assuming that the process can be split. This enables the memory to be freed at the end of each job, meaning that each individual job can have access to the whole of the memory available.

Be aware that this method will require one or more temporary tables to be created to hold the data between jobs.

The tMap does allow the option to dump lookup data to disk. This method is useful when you have one or more large lookups that take up more memory than the input data would. First, you need to define the properties for the files. The tMap configurations options allow you to define a folder and the size of the temporary files that will be stored, as shown in the next screenshot: 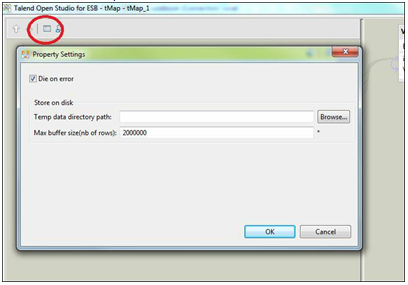 When Talend executes a tMap where this method is used it will write the lookups to disk, and then read the input data into memory prior to processing.

If you choose to use this method, then you must ensure that the input data to be processed takes less memory than the lookup, and you should also be aware that the order of the input records is not maintained.

If the disk method would struggle because the input is too large, then you could consider using the same method but splitting the input into a number of files and processing them individually.

While this may affect your processing time, it will stop you from running out of memory.

As a last resort, or if an increase in the time to process is not acceptable, then consider adding more memory to your server.

It would also be possible to add additional servers and processing subsets of the input data on different servers at the same time, and then recombining the output data in a final stage.