What Is Artificial Neural Network And How It Works?

In order to understand the topic of the day, we need to first understand what a neural network means? The term Neural hails from the name of the nervous system basic unit called the ‘neuron’ and hence a network of such is called a Neural Network. That would be the network of neurons in a human brain, but what if the same power is imbibed into an artificial set of things which can simulate the same behavior – that’s the advent of Artificial Neural Networks.

Artificial Neural Networks, ANN for short, have become pretty famous and is also considered the hot topic of interest and finds its application in chat-bots that are often used in the text classification. Being true to yourself, if and only if you are a neuroscientist, the analogy of using the brain isn’t going to illustrate much. Software analogies to synapses and neurons in the animal brain have been on the rise while the neural networks in the software industry have already been in the industry for decades.

What does artificial neural network mean?

Artificial Neural Networks can be best described as the biologically inspired simulations that are performed on the computer to do a certain specific set of tasks like clustering, classification, pattern recognition etc. In general, Artificial Neural Networks is a biologically inspired network of neurons (which are artificial in nature) configured to perform a specific set of tasks.

How does artificial neural networks work?

Artificial Neural Networks can be best viewed as weighted directed graphs, where the nodes are formed by the artificial neurons and the connection between the neuron outputs and neuron inputs can be represented by the directed edges with weights. The Artificial Neural Network receives the input signal from the external world in the form of a pattern and image in the form of a vector. These inputs are then mathematically designated by the notations x(n) for every n number of inputs.

If the weighted sum equates to zero, a bias is added to make the output non-zero or else to scale up to the system’s response. Bias has the weight and the input to it is always equal to 1. Here the sum of weighted inputs can be in the range of 0 to positive infinity. To keep the response in the limits of the desired value, a certain threshold value is benchmarked. And then the sum of weighted inputs is passed through the activation function.

A perfect guide for getting started to applied machine learning. Access to free.Machine Learning

The Sigmoidal Hyperbola function in general terms is an ‘S’ shaped curve. Here tan hyperbolic function is used to approximate output from the actual net input. The function is thus defined as:

where ?????is considered the? steepness parameter.

The Architecture of Artificial Neural Networks 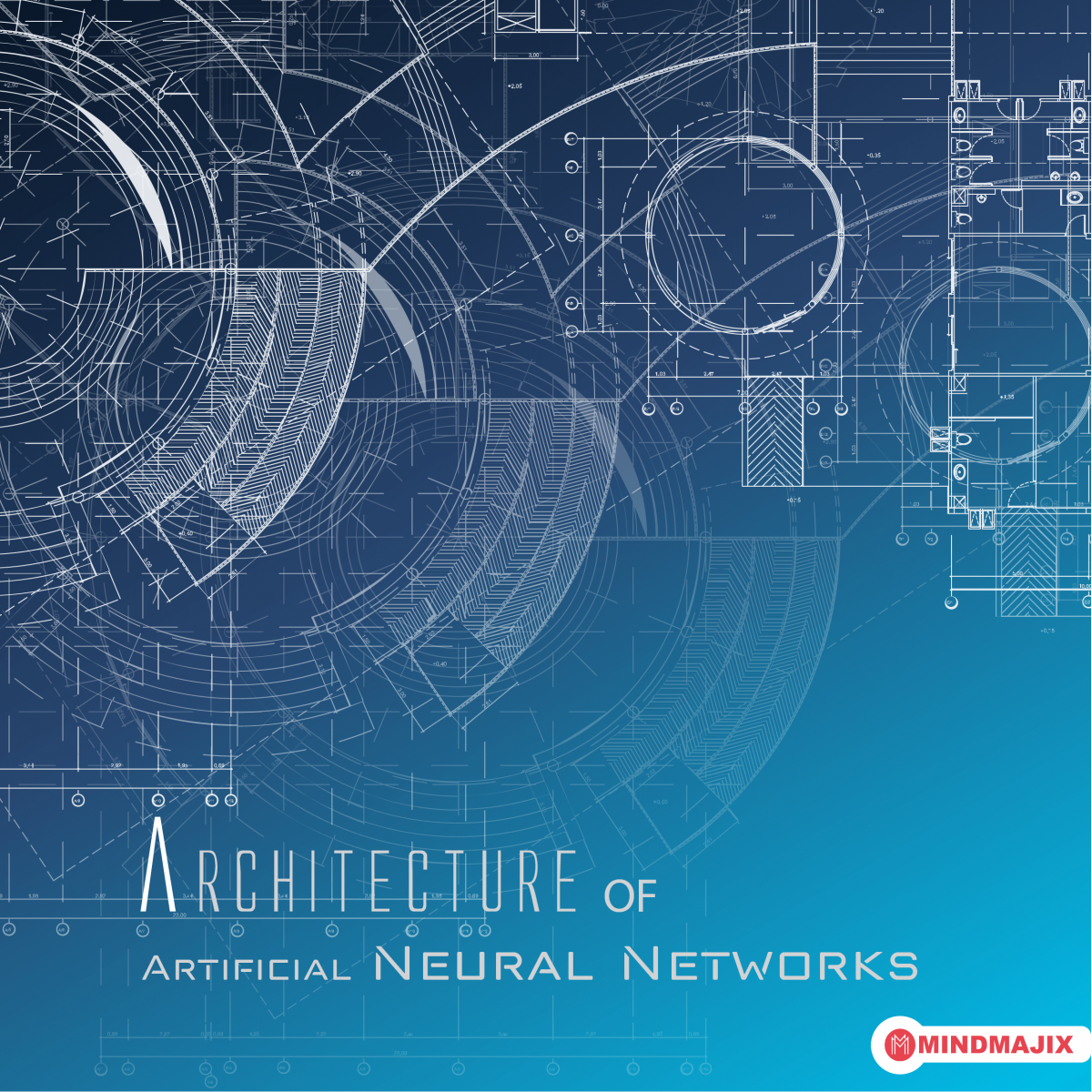 The Input layers contain those artificial neurons (termed as units) which are to receive input from the outside world. This is where the actual learning on the network happens, or recognition happens else it will process.

The output layers contain units that respond to the information that is fed into the system and also whether it learned any task or not.

Most of the artificial neural networks are all interconnected, which means that each of the hidden layers is individually connected to the neurons in its input layer and also to its output layer leaving nothing to hang in the air. This makes it possible for a complete learning process and also learning occurs to the maximum when the weights inside the artificial neural network get updated after each iteration.

Since this is a very advanced topic, we were unable to put the entirety of artificial neural networks to a single article. If a further read is required, you can browse through the official documentation and also abstracts from various other data scientists.