This artificial intelligence tutorial introduces AI and advanced topics on the subject. In this article, we'll go over why it'd be a good idea to know the importance of AI, what they do, and how valuable AI research is to the modern economy. This Artificial Intelligence tutorial will help you learn how to master AI, giving you a higher level of knowledge for applying AI concepts in real life.

What is Artificial Intelligence?

Why is Artificial Intelligence important?

What is Artificial Intelligence?

AI (Artificial Intelligence) refers to the intelligence demonstrated by machines. It enables us to create machines capable of performing various tasks and precisely addressing problems in the actual world. By automating repetitive tasks, artificial intelligence may boost productivity and efficiency. Additionally, it may generate an immersive, responsive experience and help understand human emotions. 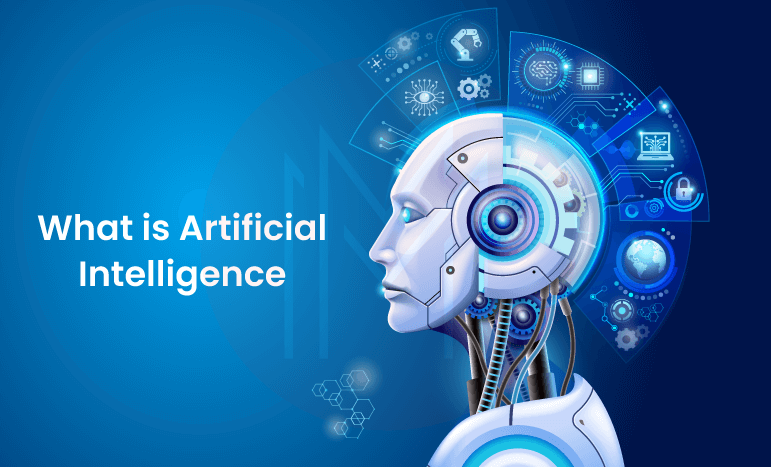 With the help of AI, computers can mimic and surpass humans' cognitive powers. Artificial intelligence (AI) is becoming increasingly integrated into daily life, from the creation of autonomous vehicles to the popularity of virtual assistants like Siri and Alexa. Therefore, businesses across various sectors are increasingly investing in AI systems. Artificial intelligence is a group of many different technologies that work together to give machines the ability to sense, understand, act, and learn like humans. Because AI isn't a singular concept, it's understandable that many people will have various ways of defining it.

AI technology has become crucial to the current economy because AI systems can significantly outperform humans in numerous situations and for many artificial intelligence applications.

Why is Artificial Intelligence Important?

Today, machines create much more data than people can absorb, understand, and use to make complex decisions. Artificial intelligence is the basis of how computers learn and is the future of making decisions that are hard to understand. 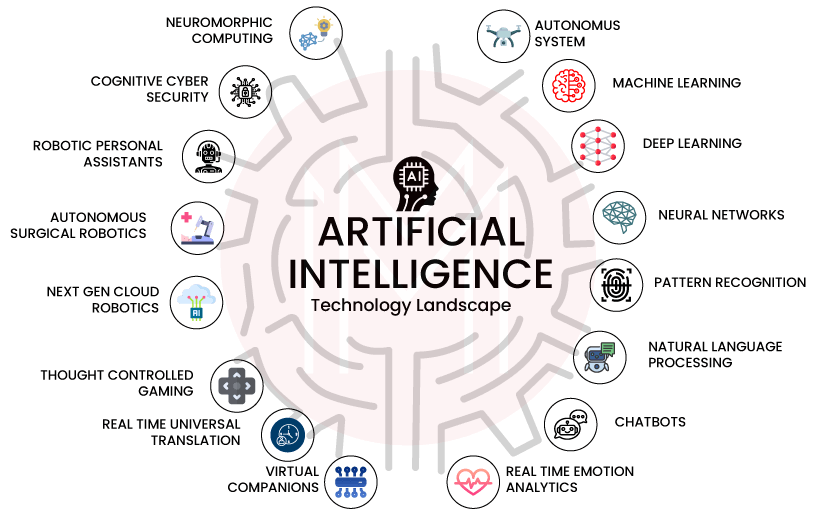 Most people think of robots when they hear "artificial intelligence." Books and films with large budgets often tell stories about humanoid machines that bring havoc to earth. On the other hand, this could not be further from reality.

The premise that AI is built is that the human mind can be characterized so that any task, no matter how complicated, can be easily duplicated and executed by a computer. AI aims to create systems with similar cognitive abilities to those of humans.

Scientists and engineers are making surprisingly rapid strides toward defining mental operations like reasoning, learning, and perception in detail. Some people believe that shortly, engineers will be able to design systems that surpass what humans can learn or understand at present. This position is still held by some people, however, since they argue that all thought processes need subjective value judgments shaped by individual experience.

The use of AI is continually expanding, which benefits various businesses. Wiring a machine requires knowledge from various fields, including but not limited to mathematics, computer science, languages, psychology, and others.

The flowchart that follows explains the many categories of AI.

AI type-1: Based on Capabilities

AI capable of doing only one specific task intelligently at a time is referred to as narrow. In artificial intelligence, narrow AI is the most prevalent and readily available AI. Narrow artificial intelligence cannot do tasks outside its field or beyond its boundaries since it is only educated for one unique purpose. Therefore, another name for it is "weak AI." If it is pushed beyond its capabilities, narrow AI has the potential to fail in unanticipated ways.

General artificial intelligence (AI) is a sort of intelligence capable of doing any intellectual work with the same level of efficiency as a person.

Super AI machines can think and do things independently, just like people. There are no good examples of this, but some leaders in the industry are very interested in getting close to building a strong AI, which has led to fast progress.

AI type-2: Based on Functionality

The simplest forms of artificial intelligence are reactive devices. These automated systems simply care about the here and now, responding to each given situation in the most optimal way imaginable.

Artificial intelligence systems can learn from their previous mistakes to improve their future actions. Some aspects of autonomous vehicle decision-making are built with this architecture in mind.

Recent actions, such as an automobile lane change, are based on past observations. Also, where these notes are made, Apple's Chatbot Siri does not save them permanently.

Concept of Theory of Mind AI should be able to connect socially with humans and comprehend human emotions, people, and opinions. Although this AI robot has not yet been built, researchers are working hard to advance its capabilities.

A self-aware, superintelligent, sentient artificial intelligence with a mind (In simple words, a complete human being). Of course, such a robot does not exist either, but its creation would be a breakthrough in AI.

Today, AI systems are used in various ways in the real world. There are many applications of AI in modern culture. Since it can effectively tackle complex issues in fields as diverse as medicine, media, finance, and instruction, its relevance is growing rapidly in the modern world. Artificial intelligence is making our daily life easier and more convenient. The following are a few of the most typical AI applications: 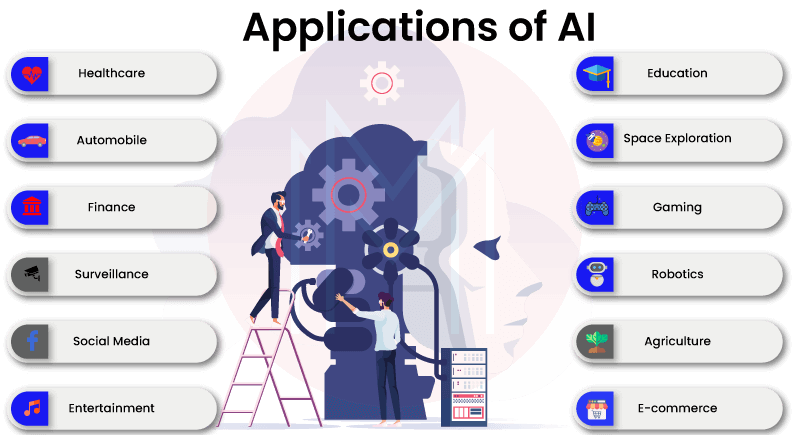 Like most things in the world, AI has both benefits and drawbacks. Let's start with a basic understanding of AI's benefits and how they've improved our lives throughout history.

In my opinion, the following are the most significant advantages of AI

The future of AI

AI is changing the future of almost every industry, and it is doing so in almost every way. It is already the main force behind new technologies like big data, robotics, and the Internet of Things (IoT), and it will continue to do so for the foreseeable future.

According to the research titled "AI: Built to Scale," 84% of corporate leaders feel they need to embrace AI to reach their growth goals. However, 76% admit that they are having difficulty figuring out how to leverage AI throughout their whole firm. Until now, there has not been a plan for moving beyond the proof of concept stage and into production and scale, a shift many people find challenging. At this juncture, companies must implement the changes needed for future growth.

The adoption of AI in the IT industry has been rapid and shows no indications of slowing down. This technology is revolutionizing many business sectors by allowing humans to devote their time and energy to the most critical, time-consuming jobs. It is made possible by the usage of Machine Learning and Deep Learning.

AI, or artificial intelligence, is becoming a big part of the future. The ways we use AI will likely impact essential parts of our economy and society over the next ten years. The most exciting period for technological innovation and value creation in a very long time is just beginning, according to several experts.

This Artificial Intelligence tutorial has been made to help you learn AI the right way. It is for both beginners and experts and will help them understand AI concepts from the most basic to the most advanced. As we've talked about in the article, systems that are helped by artificial intelligence could make our lives much better.