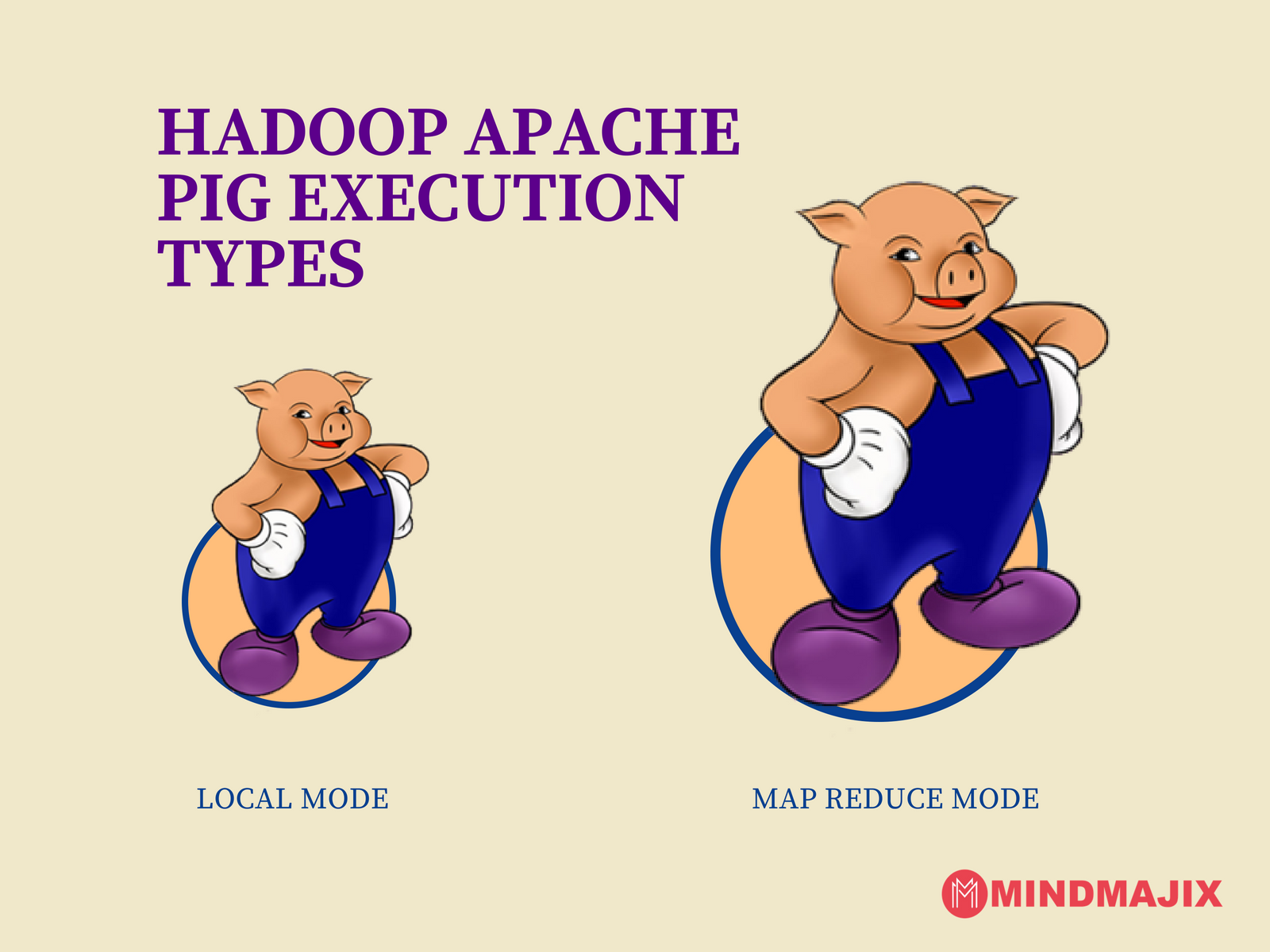 Interested in mastering MapReduce? Enroll now for a FREE demo on MapReduce training

i.e for pseudo distributed setup, an example is

Once you have configured pig to connect to Hadoop cluster, you can launch pig, setting the  -x option to map reduce or a map-reduce mode is default i.e. % pig grunt>

This section shows you how to run Pig in local mode, using the Grunt shell, a Pig script, and an embedded program.

There are three ways of executing pig programs which work in both local and map reduce mode.

1. Script-pig can run a script file that contains pig commands

2. Grunt – Is an interactive shell for running pig commands

3. Embedded – you can run pig programs from Java using the pig server class, much like you can use JDBC to run SQL Programs from JAVA.

Modes of Execution in Pig

You can execute Pig Latin statements.

In MR mode execution of pig, we expect all input files from HDFS path and also produce the output on top of hdfs only

The grunt mode can also be called an interactive mode. Grunt is pig’s interactive shell. It is started when no file is specified for a pig to run.

Grunt shell is an interactive base shell where you will expect the o/p then and there only, irrespective of the input.

In script mode, pig runs the commands specified in a script file.

Here, we will describe all transformations in a single file which ends with pig. All the commands will be executed one after another which are there in .pig file.

In this mode, we will do the pig customization code if at all sane analyzer functionality is not archived through the user-defined transformations.

Then we can write Java code to archive the same and reference the same Java code (.jar file) in our pig script by making use of the code.

Note:- Register keyword should be the first statement within our pig script code.