•  HDFS Shares small files in efficiently, since each file is stored in a block and block meta data is held in memory by the Name Node.
•  Thus, a large number of small files can take a lot of memory on the Name Node for example, 1 MB file is stored with a block size of 128 MB uses 1.MB of disk space not 128 MB.
•  Hadoop Archives or HAR files, are a file archiving facility that packs files into HDFS blocks more efficiently, there by reducing Name Node memory usage while still allowing transparent access to files,
•  Hadoop Archives can be used as input to map reduce.

Inclined to build a profession as Hadoop Developer? Then here is the blog post on HADOOP TRAINING ONLINE.

Using Hadoop Archives:
→ A Hadoop Archives is created from a collection of files using the archivetool, which runs a map reduce job to process the input files in parallel and to run it, you need a map reduce cluster running to use it.
→ Here are some files in Hadoop Distributed File System (HDFS) that you would like to archieve:
%hadoop fs-lsr/my/files.
→ Now we can run the archivecommand:
% hadoop archive–archivename files.har/my/files/my
HRA files always have a .har extension which is mandatory
→ Here we are achieving only one source here, the files in /my/files in HDFS, but  the tool accepts multiple source trees and the final argument is the out put directory for the HAR file
→ The archive created for the above command is
%hadoop fs-ls/my
Found 2 items
Drwr-x-x – tom super group 0 2009-04-09 19:13/my/files
Drwr-x-x – tom super group 0 2009-04-09 19:13/my/files hor
→ In HDFS, Blocks are replicated across multiple machines known as data nodes and default replication is three – fold i.e. each block exists on three different machines
→ A master node called the Name Node keeps tracker of which blocks make up a file and where those blocks are located known as the meta data. 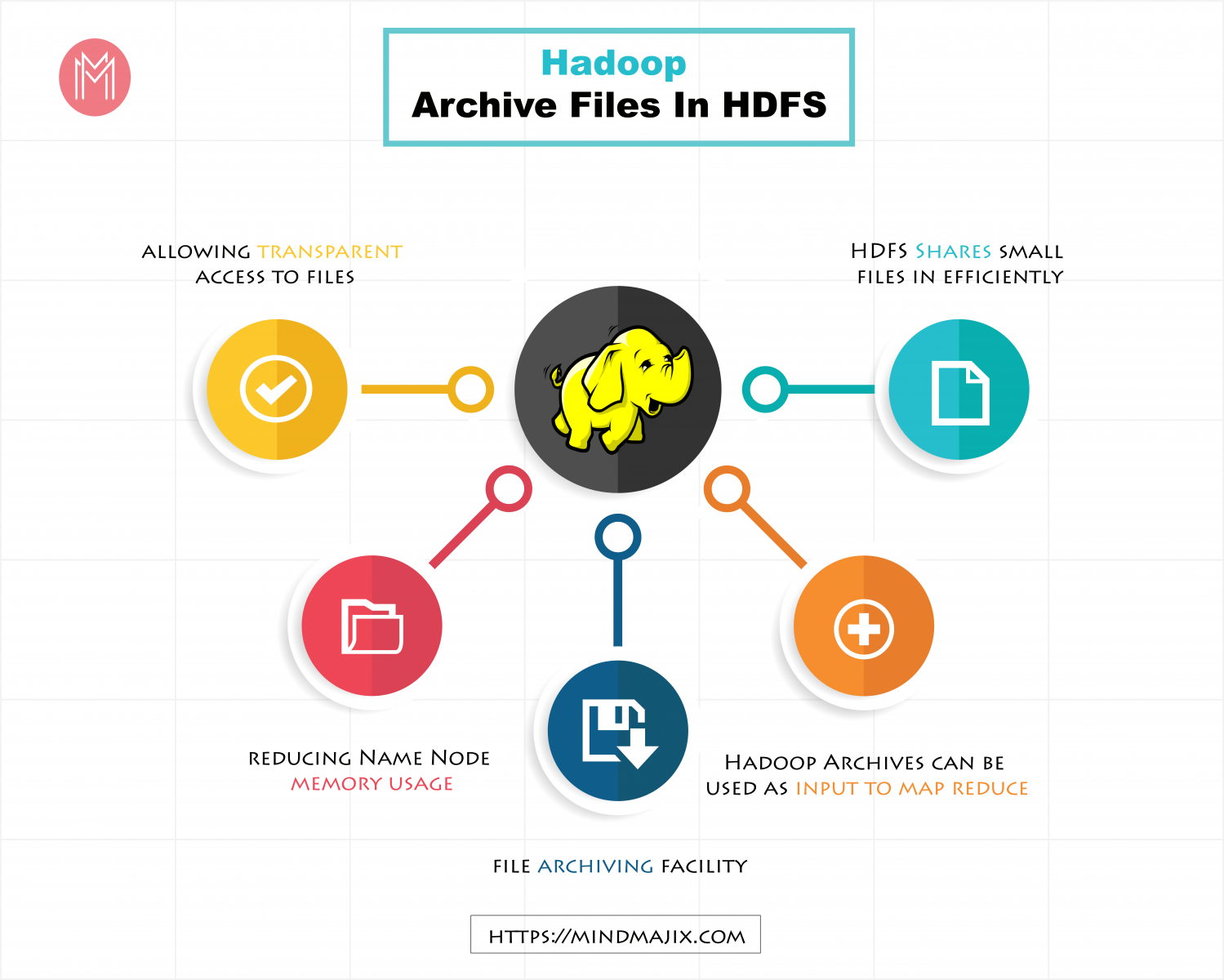 Note:
→ Although files are split into 64MB OR 12MB blocks, if a file is smaller than this the full 64MB / 128MB will not be used.
→ Blocks are stored as standard files on the data node, in a set of directories specified in hadoop configuration files and this will be set by the system administration
→ Without the meta data on the Name Node, there is no way to access the files in the HDFS Cluster