For many real-world data sets such as the temperature distribution on a surface, joint time-frequency analysis and the motion of an airplane, you need to visualize data in three dimensions. With the 3D graphs, you can visualize three-dimensional data and alter the way that data appears by modifying the 3D graph properties.

Use the 3D graphs in conjunction with the 3D Graph VIs to plot curves and surfaces. A curve contains individual points on the graph, each point having an x, y, and z coordinates. The VI then connects these points with a line. A curve is ideal for visualizing the path of a moving object, such as the flight path of an airplane. The below Figure shows an example of a 3D curve graph. 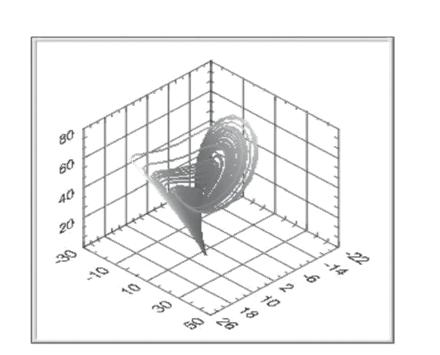 A surface plot uses x, y, and z data to plot points on the graph. The surface plot then connects these points forming a three-dimensional surface view of the data. For example, you could use a surface plot for terrain mapping. Figure (a) shows examples of a 3D surface graph and Figure (b) shows a 3D parametric surface graph. The 3D graphs use ActiveX technology and VIs that handle 3D representation. When you select a 3D graph, LABVIEW places an ActiveX container on the FRONT PANEL that contains a 3D graph control. LABVIEW also places a reference to the 3D graph control on the BLOCK DIAGRAM. LabVIEW wires this reference to one of the three 3D Graph VIs.