QlikView has a feature called SET ANALYSIS that directs us a way to add context to a dashboard. When we make selections on certain variables, the changes will be reflected in the entire application.

Set analysis is an extremely powerful feature of QlikView, and it’s important that QlikView developers have some exposure to it, and eventually a thorough understanding of set analysis. Set analysis is a powerful tool for comparison. This section serves as an overview of set analysis and a suggestion to explore this feature in greater detail.

If you would like to become a Qlik Sense Certified professional, then visit Mindmajix - A Global online training platform:" Qlik Sense Certification Training Course ". This course will help you to achieve excellence in this domain.

Features of Set analysis are:

Set analysis allows users to compare different sets of data (comparison analysis), without the use of complicated scripting or creating very complex expressions in the chart objects. The data returned by a set analysis, expression can be independent of any user selections, and opens up the ability to select all data loaded in Qlikview, regardless of current selections. The set is defined by the developer, and maybe a bookmark or function of a user selection (such as the inverse of current selections, full data set, and previous set). Some examples of this in use are:

A set expression can contain the following elements:

The basic element in a set analysis statement is a set identifier. The term identifier refers to identifying the active set. The set identifier is the state of the data set and is the first element in the set statement (after the curly brackets). The syntax used is as follows, for example, the sum of sales:

* {1}: this option indicates the full set, ignores the current selection, and considers all data. An example that shows the sum of sales for all data:

* {any book mark}: this option indicates a bookmark (named anything) selection set. An example that shows the sum of sales for the selections saved with the bookmark named 2006 sales:

Set operators perform functions on the selected selection and any set identifier.  Operations are evaluated from left to right. In the absence of any standard brackets to control how the expression is evaluated, intersection and symmetric are evaluated first, followed by union and exclusion. Note that qlik tech advises that the use of operators used with basic aggregation function (such as sum) on data fields from different tables may have unpredictable results and should be avoided.

There are four common set operators:

* the + operator indicates the union between two sets (returns all data from both sets), such as an example of the sum of sales where the sales are in the union of the current selection (indicated by $) and the bookmark called any bookmark:

* the – operator indicates the exclusion of the selection, such as an example where the sum of sales is calculated for everything (indicated by 1) except for the current selection (indicated by $):

* the / operator indicates asymmetric difference between the two sets (returns data from either set, but not data in common between the two sets), such as an example where the sum of sales is calculated for any data contained (but not shared) in the current selection (indicated by $) and a bookmark named any bookmark:

[ Related Article:- How To Use Metadata In Qlikview? ]

Set modifiers are always enclosed by angle brackets, <>. The term modifiers are used to modify the base set based on given conditions. Set the modifiers to modify the existing selection, and are equivalent to a WHERE clause in SQL, which serves to isolate or narrow down a dataset; using a set modifier is like making a selection in qlik view. They make additional alterations.

The best way to illustrate the concept of set modifiers is by working through examples. Note that in set modifiers, you can

also use search syntax such as>,<, and>=. Some examples of set modifiers are:

*sum  ({< product  = >} sales): The sum of sales for the selected fields, but ignoring the product field selection.

*sum ({$  < product = { }>} sales): The sum of sales for the selected fields, but for anything not associated with the selection in the product field.

*sum ({ $ < customer= (p ( { 1< product category= {“ instruments” } >}))>} sales) : the p element here indicates all possible data. The other option for an element is E, which is excluded and the opposite effect of possible. This is the sum of sales for all customers who ordered any products of the instrument product category. To omit selections made against the field, the moderator can be left empty. 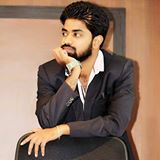