Did you know that even beginners can become acquainted with the concept of Power Apps? Yes, you read that correctly. Take a look at this "What is Power Apps" blog to learn more about Power Apps along with other crucial factors.

What is a Power Platform for Power Apps?

How does Power Apps Work?

How to build an App with Power Apps?

Microsoft Power Apps is a popular choice for developers to build low code apps. Leading IT research firms like Gartner and Forrester also ranked Power Apps as a leader for low code application platforms in its recent release.

It is the only solution of its kind in the industry that brings together low-code/no-code app development, self-service analytics, and automation into a single, comprehensive platform. This What is power Apps article will cover what Power Apps is, its features, how to build apps using Power Apps, and more.

Power Apps is an initiative by Microsoft that lets you quickly build and share powerful low-code applications. It’s a suite of apps, services, and data platforms that enables rapid application development to build custom apps based on business requirements.

You can quickly create custom business apps that connect to your business data either on-premises (Excel, Office 365, SharePoint, and more) or data platform (common data source for apps) or

Power Apps at its core is a platform as a service that enables you to create applications that run on any mobile device or browser. The purpose behind developing Power Apps is to make users build applications with new capabilities without having coding expertise. Microsoft touts an initial visual design for PowerApps, with drag-and-drop functionality.

Power Apps has connections with various Microsoft-based and third-party applications, including SharePoint, SQL server, and OneDrive in the Office 365 productivity suite and Google Docs, Dropbox, Dynamics CRM, and Oracle.

What sets Power Apps apart from other offerings is both developers, and non-technical teams can use it.

Power Apps comes with features that allow you to build apps without coding. Below listed are the powerful features of Power Apps:

What is a Power Platform for Power Apps?

How does Power Apps Work?

The primary reason that makes it popular among developers is connectors. It allows you to perform CRUD operations and supports the majority of on-premises data sources.

How to build an App with Power Apps?

The easy way to build an app with Power Apps is to start from the data source. 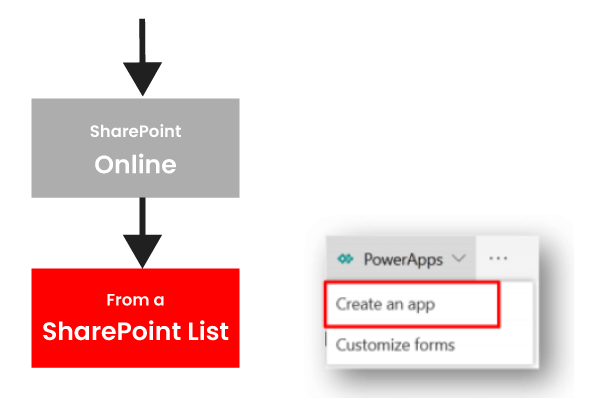 it takes us to a Power Apps Studio 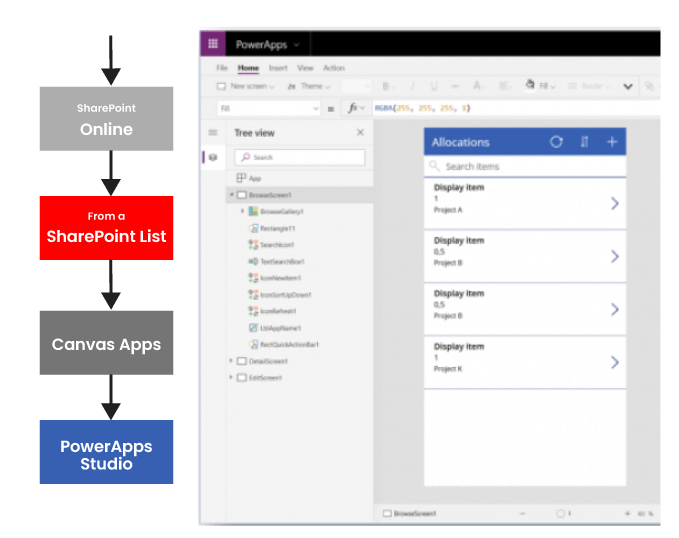 The below steps guide you on how to build an app using Power Apps.

There are four environments that you can work with Power Apps, and they have their capabilities.

This is where you can create and manage apps.

It allows you to design and adapt apps that you create to specific business needs. 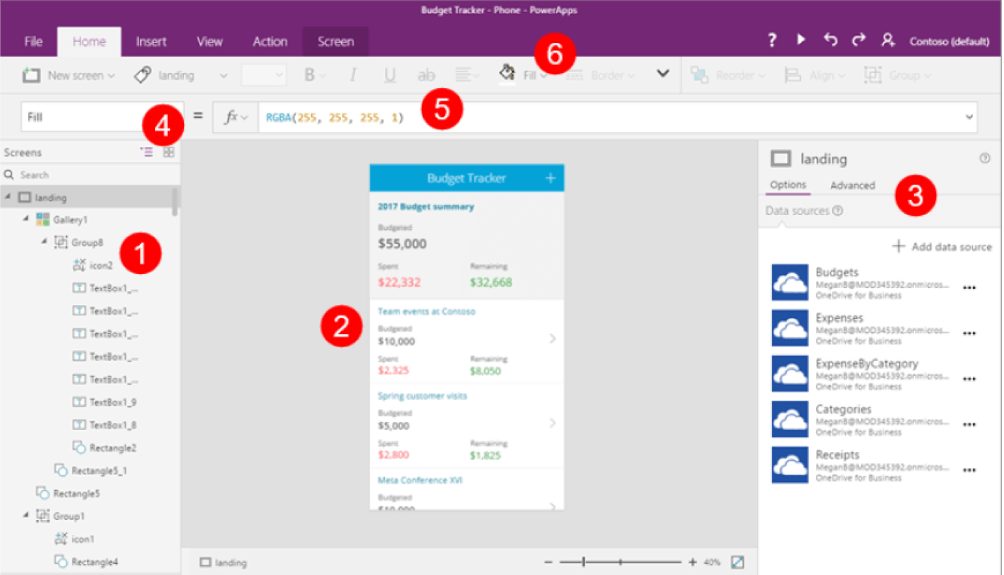 This is available handy on both mobiles and tablets and enables you to execute all your Power Apps apps.

Canvas apps allow you to interface easily with positioning controls and fields in a “pixel-perfect” user experience. It targets lightweight apps.

Choosing the right data source is impactful while designing an app. 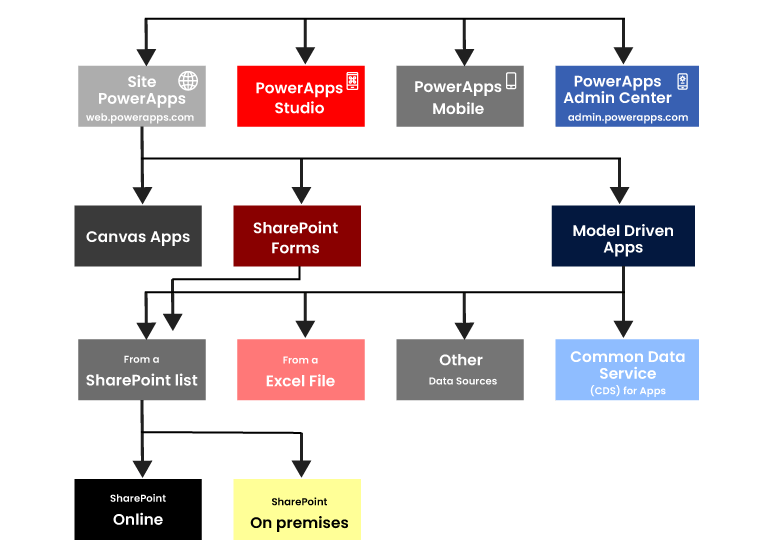 Step4: Connect the app to on-premise Data Source or online 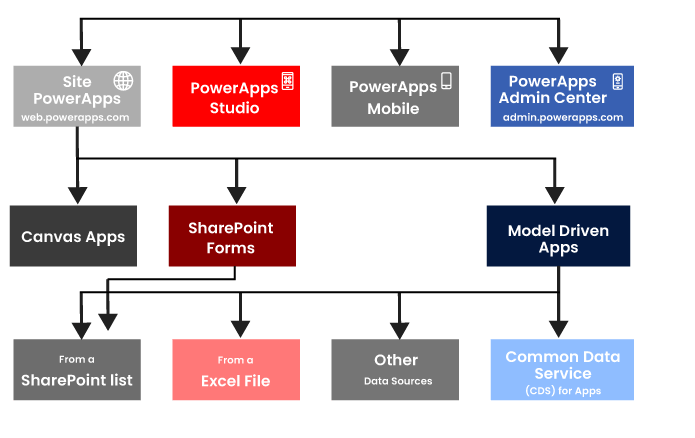 PowerApps is born in the cloud and can connect natively to any cloud data source. For that to happen, you need to configure the on-premises data gateway. For this, you need to use a data source from one of the following - SQL Server, Oracle, SharePoint, Informix, Filesystem, and DB2.

Now that you understand how to create an app using Power Apps. Now, let’s see which companies trust Power Apps to modernize their app development.

Microsoft Power Apps has bought a revolution in the low code app development space. The software’s simplicity allows each user from technical to non-technical backgrounds to build apps without compromising quality. If you have any queries in this article  "What is Power Apps", you can share them via comments below and help us make this post a good read for Microsoft Power Apps.