When using cloud storage, such as OpenStack Swift, at some point you might face a situation when you have to upload relatively large files (i.e. a couple of gigabytes or more). For a number of reasons, this brings in difficulties for both client and server. From a client's point of view, uploading such a large file is quite cumbersome, especially if the connection is not very good. From a storage point of view, handling very large objects is also not trivial.

For that reason, Object Storage (swift) uses segmentation to support the upload of large objects. Using segmentation, uploading a single object is virtually unlimited. The segmentation process works by fragmenting the object, and automatically creating a file that sends the segments together as a single object. This option offers greater upload speed with the possibility of parallel uploads.
Individual objects up to 5 GB in size can be uploaded to OpenStack Object Storage. However, by splitting the objects into segments, the download size of a single object is virtually unlimited. Segments of the larger object are uploaded and a special manifest file is created that, when downloaded, sends all the segments concatenated as a single object. By splitting objects into smaller chunks, you also gain efficiency by allowing parallel uploads.

How to Upload Large objects in Open Stack

You will see output similar to the following screenshot showing the status of each upload: 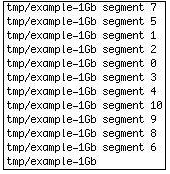 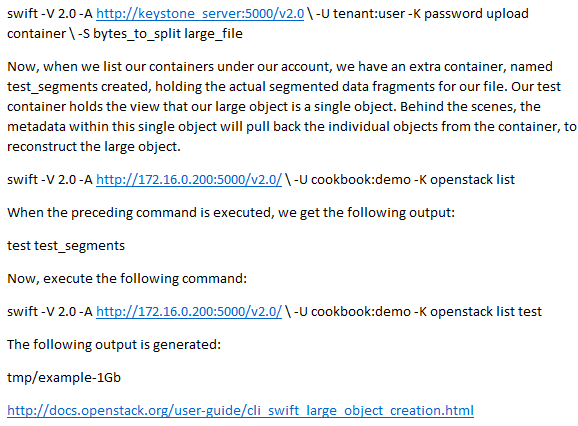