In today’s DevOps world, continuous delivery and deployment are significant in delivering high-quality software products faster than before. DevOps has high importance in many organizations in producing better software applications. An important element that acts as a center for automation of software development in DevOps is “Continuous Integration”.

Continuous Integration is a cornerstone software development technique of DevOps where developers continuously update the code and merge with the large respiratory database after the tests. Continuous integration is a process of building and testing stages of software release.

The key aim of the CI (continuous integration) is to improve software quality, find and address bugs quickly, and reduce the time it takes to validate and release new software updates.  With the support of Continuous Integration, the unit tests build new codes and manipulate the errors quickly.

Want to enhance your skills to become a master in  DevOps Methodology, enroll in our Learn DevOps Online Course

While many Continuous Integration DevOps tools are available in the market, only some of them are widely used. Here we will take a look at each of the DevOps tools in specific, and understand the intricacies of it. Based on its usage, we have also compiled some of the advantages of using it as well.

HockeyApp is the best tool for collecting crash reports, obtaining feedback from live users, distributing your beta version software, and also analyzing further the test coverage. HockeyApp provided by Microsoft, is one of the best software tools available in analyzing the mobile crash reports, app distribution for developers over iOS, Android, and Windows phones.

Following are some of the advantages of using HockeyApp. Let us now take a look at each one of them:

Jenkins is an open-source continuous integration automation server written in Java, and a widely used tool for the Jenkins Continuous integration builds and also for delivery pipelines. It offers configuration operations through both GUI and CLI interfaces. Junkin supports hundreds of plugins from its update center and these plugins support building and testing of any possible project.

Jenkins provides an integration development life-cycle that processes a document, test, package, deploy, and static analysis. Jenkins also provides alerting mechanisms like email, pop-up notifications and also can automate them further to get immediate feedback. You can always have all the details regarding build failures and code static analysis. Along with all of these wonderful features that Jenkins provides, it can also be used to distribute software builds and test loads on several machines.

Following are some of the advantages of using Jenkins. Let us take a look at them: 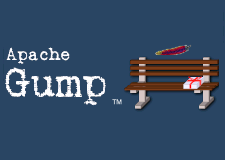 It is very easy for Apache Gump to identify the incompatible modifications to that specific code within the shortest span of time after they are committed to the Version Control Systems. As soon as a modification that caused an issue is identified, it will automatically send the notifications to alarm about the change. Provides additional reports to the users online to take further corrective actions to ensure a better quality of the product as such.

Following are some of the advantages of using Apache Gump, let us take a look at them. 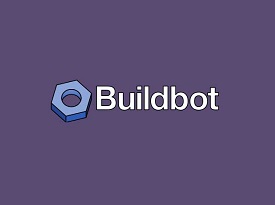 Following are some of the advantages of using Buildbot, let us now take a look at each one of them: 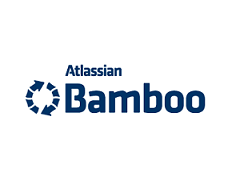 Bamboo is an Integration tool that is developed by Atlassian and it is applicable in two versions – Cloud Version and the Server Version. Atlassian’s Bamboo Cloud offering comes with a hosting service from Amazon’s EC2 account and Atlassian’s Bamboo Server offering comes with a self-hosting. Bamboo is one of the offerings from Atlassian like JIRA, Confluence, Crucible, and BitBucket.  Bamboo ties automated builds, tests, and releases all of them together as a single workflow. It also does provide deeper integration with other Continuous Integration or build tools like Jenkins providing end-to-end visibility into an Organization’s implementation of software code and its relative quality.

It provides wonderful support to Workflow based projects and it does manage all the builds and tests. Workflows are then organized within Bamboo as Plans that do contain one or more jobs, including one or more tasks. Bamboo does support its execution of running tasks – like running automated tests in parallel and stuff. With Bamboo and specifically for an Organization that already heavily relies on Atlassian is the best choice as it gives a complete integration and ensures that you don’t have to look for a better tool than this for your DevOps implementation.

Following are some of the advantages of using Bamboo, let us now take a look at each one of them:

[ Related Article: What is DevOps ] 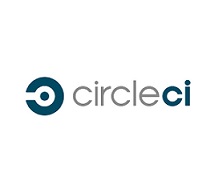 CircleCI is a Continuous Integration platform that does all the automation on the build, test, and deployment processes of software code for an Organization. Its sole and whole purpose is to enable the development teams to enhance the rate at which the software projects are delivered while at the same time also facilitating extreme scalability. That being discussed, CircleCi also supports the DevOps Docker platform.

CircleCI is a Continuous Integration tool that is hosted on GitHub and supports various languages like – Java, Python, Ruby/Rails, Sinatra, Clojure, PHP, Node.js, Haskell, and Scala. Circle CI provides one container free, where a  large number of projects can be built without any restrictions.

The main features of CircleCI can be listed as the following:

Following are some of the advantages of using CircleCI, let us now take a look at each one of them:

GitLab CI is a web-based application that helps for the overall software development lifecycle. It is produced from GitLab.com as a free hosting service. GitLab offers features like bug tracking, access control, and code reviewing. GitLab CI is completely associated with GitLab respiratory management as it is very easy to use to link projects via GitLab API. Built using the Go language, GitLab CI has the ability to execute on various operating systems like Windows, Docker, Linux, FreeBSD, and OSX.

Following are some of the advantages of using GitLab CI, let us now take a look at each one of them: 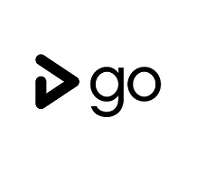 Go CD is a Continuous Integration tool that is developed by ThoughtWorks and the same is available for Windows, OSX, and Linux operating systems. Complex build workflows are made simpler with the concept of Pipelines. Since the application is built from scratch, it provides support to Pipelines pretty well and thereby also removes the build process blockages and bottlenecks via parallel execution of tasks.

Following are some of the advantages of using Go CD, let us now take a look at each one of them: 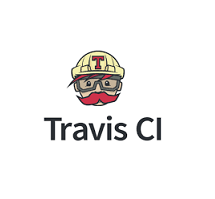 Travis CI, a continuous integration tool,  hosted by GitHub to build and test open-source software projects. Configuring Travis CI is done by inserting a file named *.travis.yml to the root directory of your GitHub repository. This file contains all the actionable data that will be verified and validated whenever the execution of a job or a build happens.

Travis CI supports a variety of software languages, and the build configuration for each of those programming languages is also complete. The design of Travis CI was all focused on Developers to let them the code and at the same time, runs tests and deployments. This automation setup enables quicker, simpler, and agile delivery for software teams as well. Travis CI is free to use for open-source projects, and there are paid plans for commercial and private projects.

Following are some of the advantages of using Travis CI, let us now take a look at each one of them: 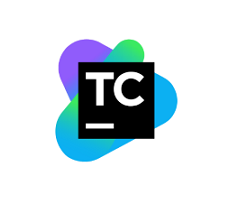 TeamCity is an open-source Java-based build management and Continuous Integration tool. This tool in specific supports programming languages like Java, Ruby, and .Net. There are a lot of inbuilt plugins available from third parties which comes at no cost with TeamCity.  It Provides extensible integration with the help of various IDEs like IntelliJ IDEA, Eclipse, and Visual Studio.

A provision to run multiple builds, tests on various environments and platforms at the same time. There is an availability of a free tool for open-source projects and comes with a flat licensing fee for bigger commercial projects. The tool comes bundled with a dashboard that provides a report on the current build progress, provides a drill down on the detail and history of any given project or configuration. It is a mature, feature-rich toolset for continuous integration that enables developers to build sophisticated automated builds in a timely fashion.

Following are some of the advantages of using TeamCity, let us now take a look at each one of them:

The trend for DevOps integration tools has been increasing over time, so, it is a must for you to keep observation on the changes. Hope this blog has helped you in exploring different tools and concepts of DevOps continuous integration.