This T-SQL tutorial helps you learn the fundamentals of Transact-SQL. This tutorial employs Microsoft's implementation of the SQL standard Transact-SQL. We also provide the most important concepts of T-SQL, including its various functions, advantages, disadvantages, functions, commands, and types.  This Server tutorial will help you understand the usage and importance of T-SQL in greater detail.

Microsoft gets most of the credit for Transact-SQL and SQL Server, both were developed in collaboration with Sybase beginning in 1987. Clients worldwide keep developing and updating their infrastructure in light of the latest technological trends. Aspiring data scientists will benefit more from T-SQL.

Important things to know about T-SQL:

T-SQL is most commonly used to create an application in which each application transmits a transaction query over the SQL server and to write an entire program consisting of block function procedures that define how things ought to be finished. There is no interaction with the database. T-SQL is also used for creating an application in which each application sends a transaction query over an SQL server. It works by executing the entire block as one operation using an extension of the SQL language. 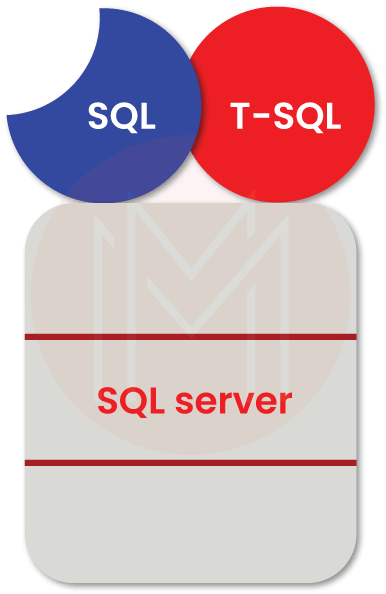 What is the Use of T-SQL?

The Transact-SQL language is used for data management and data organization across a wide variety of system types, each of which may have different data relationships with the others.

T-SQL is primarily used to build applications and include user-defined functions in those applications. Users prefer the T-SQL language because it allows executing multiple commands in a single program step. Using this language, the user can integrate T-SQL with various business tools, such as Tableau and Power BI.

What are the Types of Functions in T-SQL?

You can choose from the following four different kinds of T-SQL types: They are

What is the Working Process of T-SQL?

Working with T-SQL is easy because it uses commands similar to SQL. These commands include SELECT, UPDATE, INSERT, and many others. Data administrators use these commands to route data into and out of the database.

The T-SQL language allows users to define their functions and customize them based on the use case. Analytical functions, scalar functions, row set functions, and ranking functions are some of the different built-in functions made available by the programming language. These functions can be used directly by the user.

The Transact-SQL (TSQL) language is a powerful tool that is used for data analysis as well as for the performance of business operations. The BULK INSERT statement, part of the T-SQL procedural language, allows the user to import a large file into the database and view the data in a user-defined format. This functionality is provided to the user by the language.

Learning query optimization is another important step in developing expert T-SQL programming abilities. Let's pretend we've written a query that successfully retrieves the correct data from the database, albeit at a painfully slow pace. To judge this inquiry as highly effective here would be inappropriate. Learning query optimization is the most important factor in improving advanced T-SQL programming skills.

We can look at the following subjects to learn about query optimization:

What are Basic T-SQL Commands?

T-SQL comes with many SQL commands, particularly those that can be used to perform basic data manipulation operations like retrieval, insertion, deletion, and truncation.

Below are examples of some of the most fundamental commands:

1. Alter Table: Used to alter the definition of one existing table column, add one new column, or remove one that has already been added. If you want to rename the table, you can use the alter table column option.

2. Create Table: Create table can be used to create some new tables with default tablespace, but if you want to use some defined tablespace when creating a new table, you must define it with the create statement.

3. Create View: This allows us to create a single view. Assume that a particular query took a long time to execute. In that case, we can define that particular query as a temporary table and create a new view using the data from the temporary table. Calling the view directly will produce a result much faster than usual, except for this query execution. The create a view command aids in its creation.

4. Delete: Deletes a table, a specific table row, a specific column, or the entire data within a table. In T-SQL commands, there are usually three types of delete available: delete by using some cursor commands and deleting some specific key column data by mentioning in the cursor. Delete by some dynamic command, where someone can delete some key data with a specific dynamic condition, and it can delete one or more rows based on the provided condition. Delete by using some language command, and here again, some specific language condition that helps to remove one or multiple rows at a time.

5. Insert: One or more rows can be added to a table using the insert command. In this case, there are two different types of critical inserts available. Rows are added using some dynamic condition to a table or view. Here, someone can insert data into the table based on a dynamic condition stated in the query. And based on a language command, another one is added to the table or view. In this situation, an insert could be performed based on a language requirement specified in the command.

[ Check out T-SQL and Normalization in SQL Server ]

What are T-SQL Functions?

T-SQL comes with a wide variety of in-built functions for dealing with both numerical and string data. Several of SQL's more useful inbuilt functions are as follows: -

How is T- SQL Different From Other Programming Languages?

T-SQL is a programming language that stands out from other languages since it is designed solely to interact with databases.

Here are some key factors in determining why T- SQL is different from other programming languages:

SQL vs T-SQL - Which is better to learn?

Since T-SQL is an extension of SQL, you will need to become familiar with SQL's fundamentals before starting with T-SQL. If you start by learning T-SQL, you will eventually be able to pick up knowledge of standard SQL regardless.

Regarding almost everything, what you want to accomplish should heavily influence the subjects, skills, and knowledge you choose to study. It is highly recommended that you educate yourself on T-SQL if you work with a Microsoft SQL server soon. Learning SQL should be your first step if you're starting with database management and want to get up and running quickly. 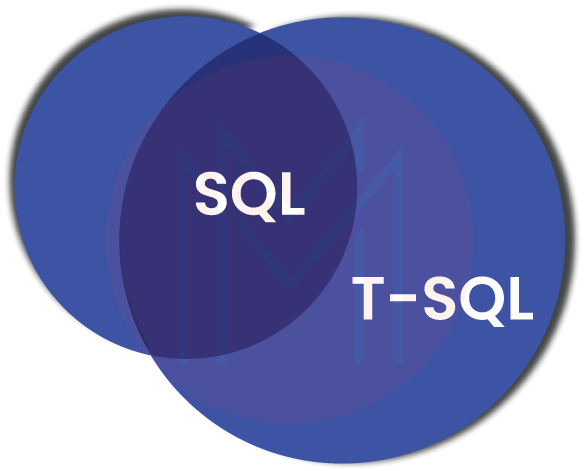 TSQL has several advantages that make it popular and simple to use. T SQL is a dependable and efficient language that aids in the establishment of communication with relational databases.

Some of the most common advantages of T-SQL are:

The database user has access to many benefits when using T-SQL; however, there are also some drawbacks to be considered before using the T-SQL programming language.

List of some of the disadvantages associated with using T-SQL:

Transact-SQL, or T-SQL, is Microsoft's proprietary query language for SQL Server. It's useful for tasks such as reading a single row, adding, and reading a batch of rows. SQL Server utilizes this language, which is a procedural one.

2. What is the difference between T-SQL and SQL?

The primary difference lies in the purposes that each was intended to serve: SQL is a query language utilized to modify data saved in a database. T-SQL, or Transact-SQL, is another query language, but it's an extension of SQL used primarily in Microsoft SQL Server databases and related software. T-SQL is widely used for these purposes.

Sybase and Microsoft's T-SQL (Transact-SQL) are a set of programming extensions to the Structured Query Language (SQL) that add many features, such as row processing, exception and error handling, transaction control, and declared variables.

To Run the T-SQL script file:

6) What is the difference between T-SQL and PL SQL?

The most fundamental difference between T-SQL and PL-SQL is that the former is a product developed by Microsoft, whereas Oracle develops the latter. Transact-SQL is the complete form of the acronym T-SQL, whereas Procedural Language SQL is the form of PL-SQL.

7) Is T-SQL difficult to learn?

SQL is a simple language to pick up for the most part. SQL can be learned in weeks if you are familiar with programming and have some experience with other languages. It could take longer if you're starting and have never written any code.

Your project specifications should guide your T-SQL database selection. There is a wide range of practical uses for SQL, from learning how to properly organize your database to writing effective SQL statements and clauses to manage your SQL database to ensure its scalability. As T-SQL allows for the simultaneous execution of multiple commands, it speeds up processing times. Thanks to its powerful yet intuitive features, T-SQL has quickly gained popularity.