Getting Started With Selenium

When we discuss about Software Quality assurance or testing of any product it means we have to deliver our application bug-free it implies no defect in the application. To ensure quality, we perform testing our application it means we show several test cases either functional or nonfunctional. Before proceeding with Selenium, let’s have a look at what is automatic testing.

Test cases automation is required as it saves time as well as human effort compared to Manual test cases. We have various tools available in the market that provides the liberty to the application.

The demand for automation over a couple of years has increased at an unprecedented scale and speed as it indispensably minimizes the testing time and eliminates repetitive human tasks to make life easier. With the advent of open source automation tool like Selenium, the demand for manual testing is reducing.

Today the world of technology is entirely dominated by machines, and their behavior is controlled by their empowering software’s. The success rate of the software application is managing the business growth and is similar in the case of web applications as most businesses today are entirely reliant on the internet.

The natural tendency of all development groups globally tests their build before deploying testers to identify the bugs before the release. Since testing manually was proven to be least efficient, and due to its testing limitations. To provide a solution to this and to increase the efficiency of testing, specific tests were automated.

During software development, several tests have to be conducted to access user experience, functionality, and other software aspects. Manual tests can be expensive and time-consuming regarding expenses and working-hours; this is where automated testing can help. In addition to the inherent advantages of automated testing, Selenium has specific benefits that provide it an edge over the competition.

When to perform Automation testing

Automation Testing is applicable in our everyday testing activities, precisely at times when we have to execute some test case on a regular basis, used in smoke testing, regression testing, and sanity testing.

For instance, let us consider that we have to execute 50 scenarios, and you will be doing the same situation for next couple of releases as well then automation testing is adopted to overcome the tedious manual testing cases.

It is an Open Source Web Automation tool designed by ThoughtWorks in 2004, started by Selenium IDE and then Selenium RC (also known as Selenium 1) then Webdriver (also known as Selenium 2)
The innovations in Open Source have taken the industry by a storm- experts, professionals, analysts, and all others are discussing its impact. Analysts have already developed an opinion on it although Selenium analysts have not explicitly spoken as an automation and web hosting tool yet.

Selenium is very popular these days due to several reasons:

Selenium is one among the few best automation tools available in the market for web testing applications. The demand is continuously increasing and is fueled by its work compatibility with multiple operating systems and browsers when compared to other market tools. Selenium is more flexible than other tools regarding test scripts writing.

Who is using Selenium

After Google and Uber, Oxbotica- Oxford’s the self- driving car company announced that are using Selenium OS, where the firm for autonomous cars applied the software tool Dub4 operating in Greenwich and within its prototype.

DevOps and Agile development are substantially contributing to the continuous code evolution. Selenium is an exceptional and robust tool of open source automation for constant growth and results-delivery. The testers and developers are applying selenium automation for testing web applications for its various superficial strengths.

To automate the browsers, Selenium facilitates with a suite of reliable tools. Being a potent tool, Selenium can efficiently leverage by testers and developers. With Selenium, most of the tests are executed to ensure that the quality of the application is intact.

According to the Transparency Market Research (TMR), in North America, it is expected to grow up toUS$29.78 billion by 2024, which is $5.7 billion in 2015.  Selenium among the automation tools of testing will be one of the in-demand skills in 2018 and coming years. While commercial testing automation tools are increasing and are trending, job trends reveal that 60% of employment in Test Automation has a specific demand for Selenium training. 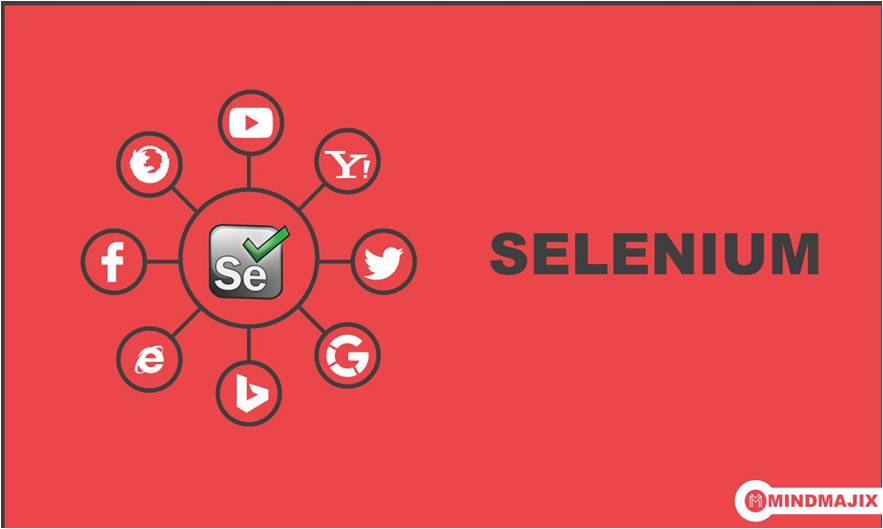 Some strong reasons why Selenium has taken the hot seat in the open source test automation market are as follows:

Most of the global enterprises are shifting towards Selenium adoption due to its compelling benefits like compatibility, cost-effectiveness, and many more. According to a survey, more than 73% of enterprises were choosing Selenium as their primary choice. As the companies choosing Selenium is continuously increase, creating a robust test automation strategy from commercial test tools to Selenium gets crucial.

Enterprises that are Selenium migration involve time, costs and efforts, and problems. It is analytical to leverage the appropriate tools, resources, and best practices to ensure a seamless movement. Therefore, it becomes crucial to migrating test assets from productive test tools to Selenium from starting. It is possible with best practices in the industry and accelerating the migration process.

The migration of Tool-led migration is growing and are providing at budget-friendly costs. The estimation is that it is 15 times faster and reduces efforts that make it cost effective when compared to the manual effort. Though several other options exist in these frameworks, Selenium is the most popular and proven one in the market and has been replacing the commercial and traditional licensed tools across organizations.

Selenium, being open source software allows users to share, modify, and extend the code available. It can save time and efforts at a great deal and ultimately increases ROI. It also allows for better test code readability and manageability using custom functions.