What is the Tosca Automation Tool?

What is the use of Tosca tools?

Difference between Tosca and Selenium

Advantages and Disadvantages of Tosca Testsuite

Are you looking for Tosca Automation Tool?

If yes, then this blog, help you to understand in detail about Tosca Automation Tool.

But the main focus is to provide a quality tool that helps to save time and money.

To meet these requirements, the Tosca Automation tool has arrived with the best features and gained a lot of attention by providing a wide range of functions and options.

TOSCA stands for Topology and Orchestration Specification for Cloud Application. It offers the best solutions for software testing and software quality assurance.

What is the Tricentis Tosca Automation Tool

Tricentis Testsuite automates functional software that is to be tested. It combines the multiple aspects of software testing.

The Testsuite supports the entire lifecycle of the test project. It begins with transferring and synchronizing specifications from the requirement management system.

It allows the users to create efficient test cases based on methodologies, serves as an executive assistant, and provides test results in several reports.

The features of the Tosca Testsuite are as follows:

What is the use of the Tosca Tool?

The test data and artifacts can be reused using Tosca tools. It reduces regression testing from weeks to minutes.

The figure given below is the underlying Tricentis Tosca architecture: 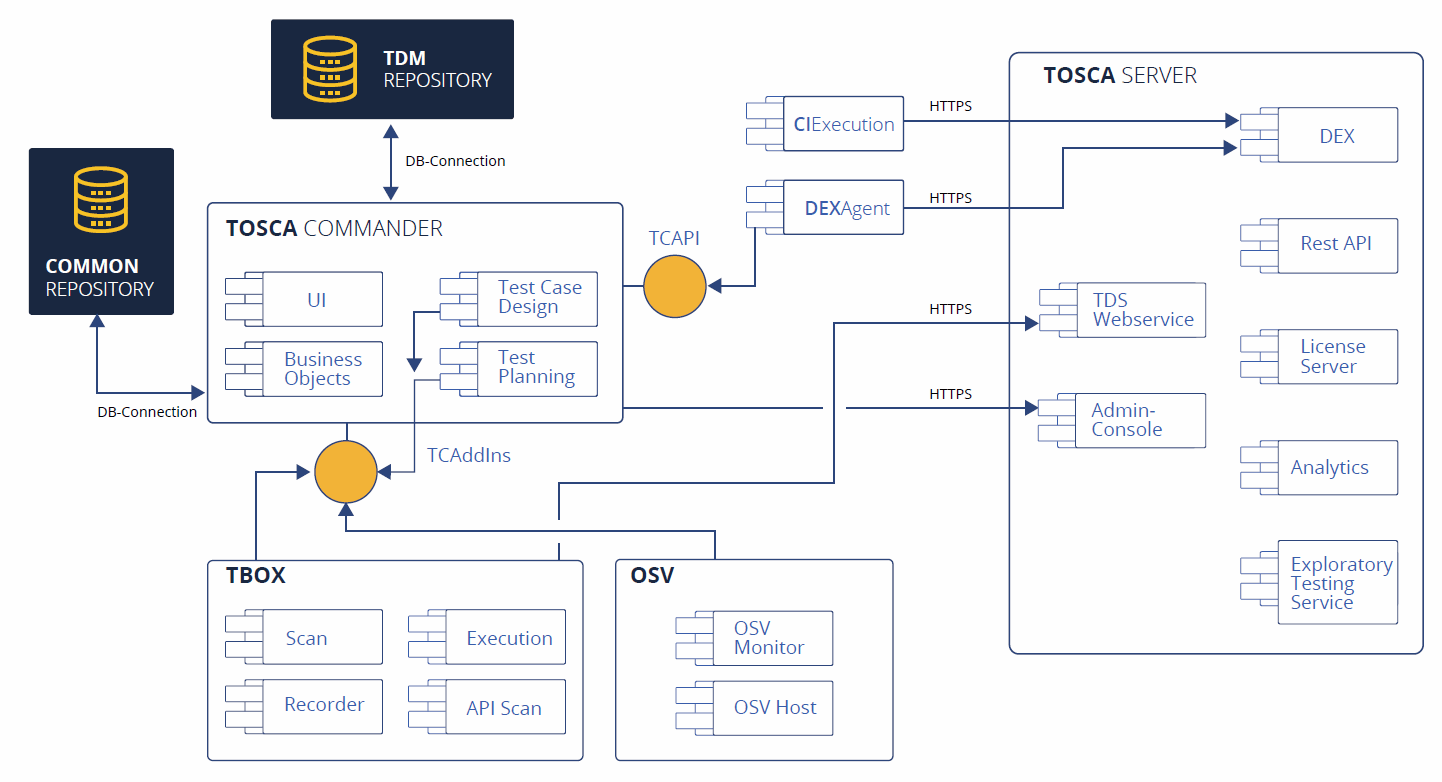 The current version of the Tosca Testsuite comprises the following components:

The Tosca commander is the core backbone that is used to enable the test creation, execution, management, and analysis of test scripts efficiently. The commander utilizes the workspace for the administration of the test cases.

The elements in the Tosca commander are structured and are strictly placed in hierarchical order So that each operation is performed using the object hierarchy. 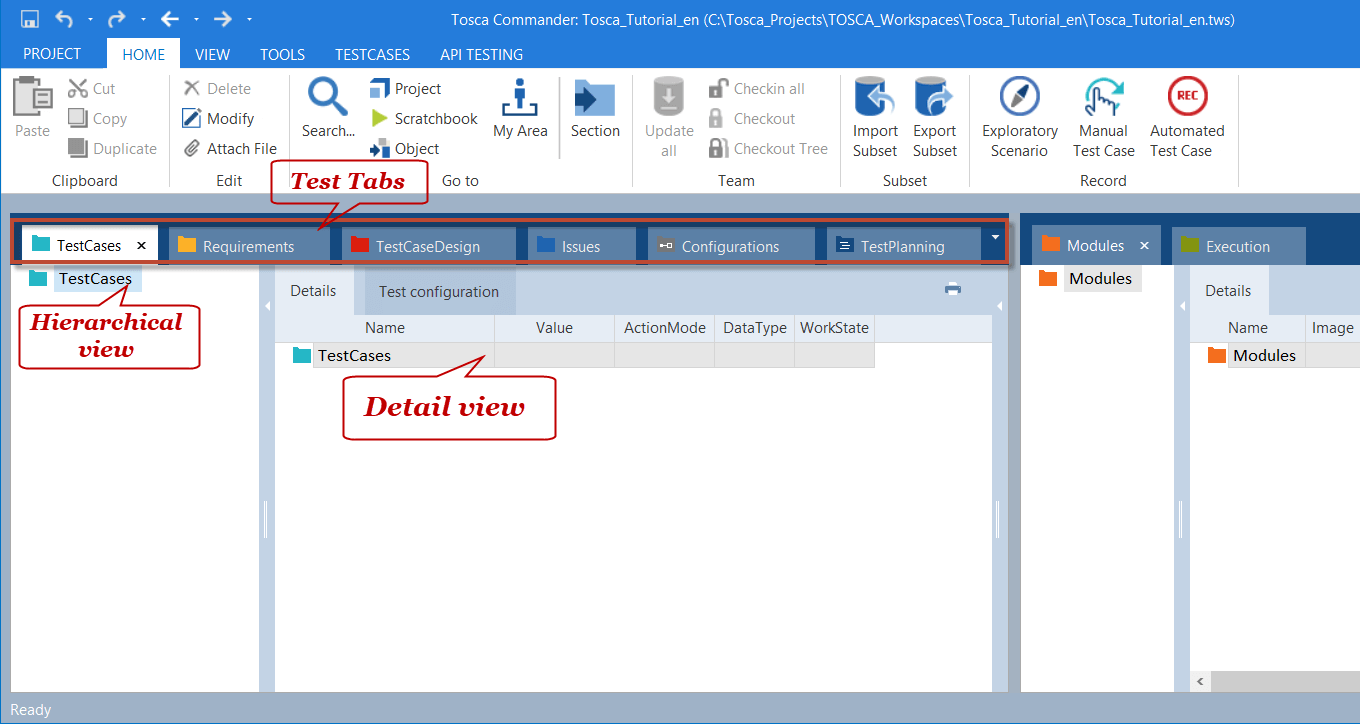 With the help of the drag-and-drop feature, the user can move the elements within the application. The docking function allows the user to arrange the layout as per the requirement. 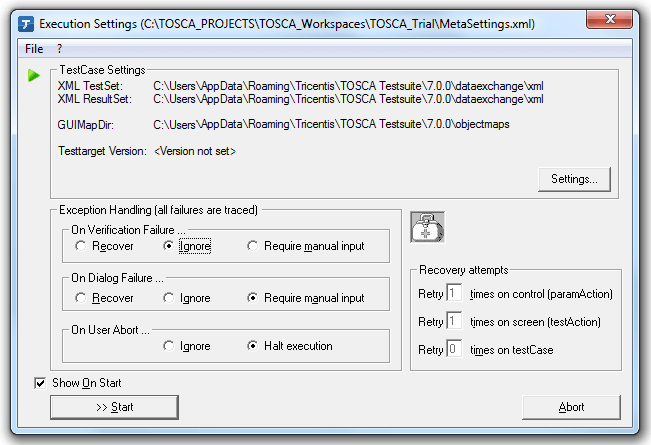 Tosca Xscan is used to scan the screens, and their input fields and saves the information as modules in Tosca Commander. These modules include technical information that is used to identify and direct screen elements.

It is also known as the Tosca wizard.

For example in the manufacturing industry, the vehicle data will contain the details of the vehicle as in the figure below. 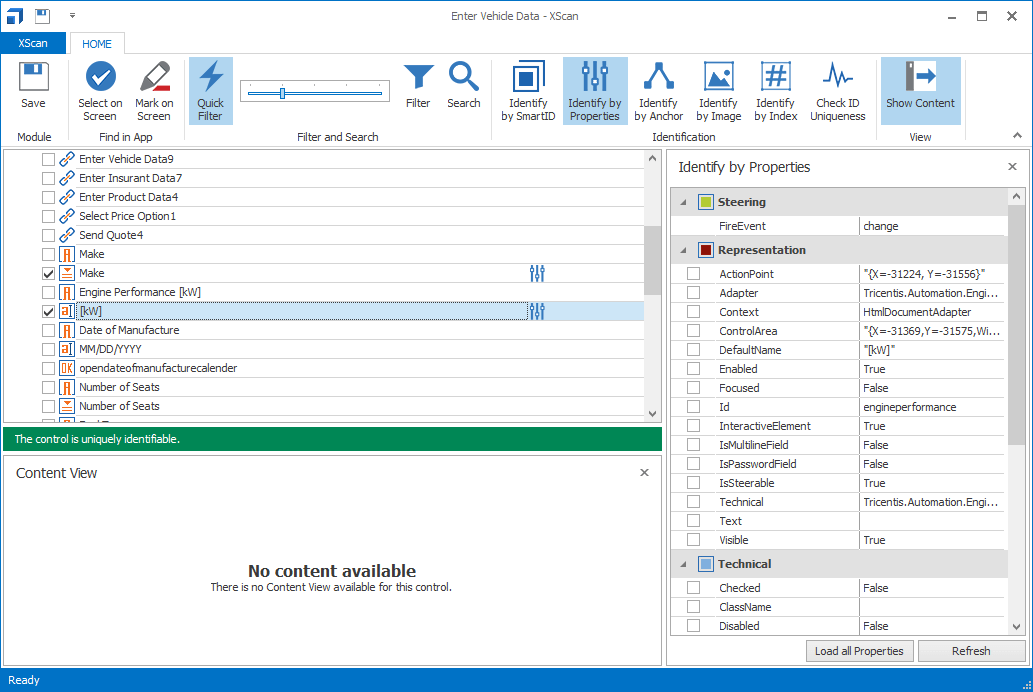 If the Tosca Commander operates in multi-user mode, the standard repositories are used to manage projects in databases.

The following types of repositories are available for multi-user environments:

Let’s see the comparison of Tosca vs selenium

The advantages of using the Tosca Testsuite are as follows:

Tosca tool has brought a revolution in terms of automation testing where every automation tester is looking for the best features and options. Lots of companies from the United States are using Tosca testsuites.

Computer software domains are more often using this tool. Some of the companies using Tosca are Accenture, Wipro, Infosys, Toyota, Cap Gemini, Bosch, Bank of America, and many more. Career opportunities as a Tosca Automations tester are increasing these days.