With the advancements in technology and software applications, data analysis, data modeling, data visualization, data transformation, and data sharing has become an easy and effective process. Microsoft has added to its advancement by launching a self-service business analytics tool called Power BI. Power BI is used by all the Business Intelligence users and also by most companies to manage their data effectively at affordable prices and to make apt decisions at the right point of time. Unlike Tableau, Power BI is relatively new and also consists of various applications that will make the data more reformed and easy to interpret. 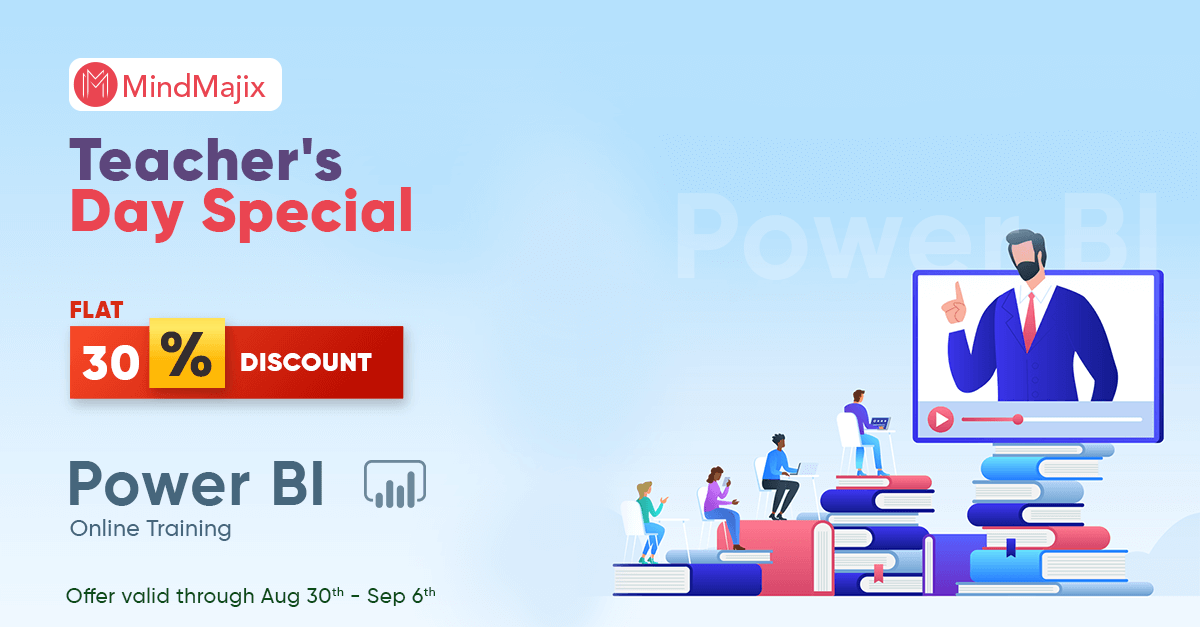 However, Power BI has its own components and other important tools that add to its effective functioning and they are listed below.

Power BI consists of 5 main tools which serve as the base for the functioning of Power BI and they are:

Dataflow’s source data or the collection of data that are imported are called Datasets. Each of these datasets is connected to Power BI to make them be stored in one single place.

When the data are represented in the form of charts/graphs/diagrams/ any other form of visuals, it is called visualization. These help in reforming the data for a better understanding.

The visual representation of any collected data is called Reports and they include charts, maps, graphs, and even treemaps. These reports can be created in Power BI and can be shared through dashboards, with one’s friends. Another way to generate reports is when the user connects to various datasets from their SaaS applications / Excel workbooks. Report making includes 2 modes, called Reading View and Editing View.

A single sheet that consists of numerous widgets and tiles are called Dashboards. These are either created by the user himself or are borrowed from the one created and shared by their colleague in the Power BI service. In short, it is a collection of various data and reports.

Each and every visual data stored in the dashboards are called a Tile. In other words, the Dashboard is a collection of Tiles.

Power BI has a defined architecture that includes various important components that serve to the usage of Power BI. However, these components can also be used individually whenever required.

This component is the first and foremost in the Power BI architecture as this is a free software through which one can easily connect to various data sources, get data, transform it and see the transformed data in their desktops. One can also create their own graphics and images which can be shared within the organization. This component is seen as the primary element and is used widely.

Data Sources of Power BI are nothing but the sources from which data are collected either by importing them or by planting a live service to get the data. In both the ways, the data received are only compressed versions as the storage space in Power BI is limited. However, Power BI supports only certain data sources, and they:

This service is important as this is the online platform where the transformed data and reports are all shared and published in Power BI Desktop. This is a service that follows the protocols of On-Cloud services along with a web-based platform. By using Power BI Service, one can also create dashboards that give other names to Power BI Service like Power BI Web Portal, Power BI Suite, and Power BI Workspace. Apart from these functions it also helps the users by providing natural language Q&A and also alerts for updates and other new upgradations. The user can access Power BI Services in the Free or Pro or Premium versions.

This is necessary as these gateways help the users to get their on-site data sources without actually transferring the data in the most secure manner. By using these gateways, the user can transfer the data to On-premise services and also to Microsoft Cloud Services like Power BI, PowerApps, Azure Logic Apps, Microsoft Flow and etc.

All those users who have a Power BI Premium license can make the best use of Power BI Report Server which enables them to share and transfer reports, data, and dashboards in the most secure manner, both inside and outside the organization.

This component is present only in Azure’s On-premises Service. The function of this component is to provide APIs which can be used by the users to have their reports and dashboards embedded in their custom applications.

This helps the users to access the data from their mobile devices itself. Power BI works on android, iOS, and even on Windows.

This is a component that enhances data connectivity by allowing the users to grab and redesign the data that are spread across various platforms and data sources, just to meet their business’s requirements. SDK is the connector, which allows even its 3rd party connectors to develop their own data connectors and this is the connector that Power BI Query uses for its function.

This can be accessed from an Excel Workbook and can be used as the element for building a data model. It can also be used as a storage space where data is stored after compressing it to the maximum. The stored data can be calculated and aggregated and can be loaded into Power Pivot either on its own or with the help of Power Query. This is also similar to that of SSAS [SQL Server Analysis Services] of the tabular model.

This component uses the data model of Power Pivot just to offer a ‘drag-and-drop’ function which helps the users to easily develop various visualizations in their Excel workbooks. These visualizations are also interactive in nature.

These maps are used to highlight the differences present in the data or visual data. These differences are shown with the help of colours and their intensity of shades. On the whole, Power Maps provide a Data Visualisation Tool which has the properties of a 3D geospatial tool.

This component enables the users to use their natural language to ask a question and also to receive an answer to their questions.

This website can be used as a host or as a cloud to store the analyzed data that is shared on the web.

Power BI’s components are supported by many users because it can be used separately and as well as in combinations. Its flexibility increases its efficiency and also supports users with big and small data handling and sharing.

Power BI is an important and significant tool that enables users to collect, handle, modify, and share data through a cloud system. It’s various components act with different features, adding to the overall performance of Power BI. However, these components can be mashed-up to increase their efficiency and functionalities. One such example is Power BI Desktop, which is a compilation of Power Pivot, Power Query and Power View. Therefore, if Power BI is a dominant tool in the business world, then its components are equally important to its success because when put-together, they make Power BI.