What is a Power Query?

Why do you Need Power Query?

What is Power Pivot?

What is the use of Power Pivot?

How do these tools work together?

How Power Query and Power Pivot are related?

Power Pivot and Power Query frequently complement one other. When it comes to importing data, Power Query is the first thing that springs to mind. Power Pivot, on the other hand, manages the data modeling that you just loaded.

Both of these can help you find numerous things to comprehend in Power BI, PivotTables, and PivotCharts. Let's begin by comparing Power Pivot vs Power Query.

Below are the topics we will be covering in this article:

What is a Power Query?

Power Query is a data preparation and transformation engine. Power Query offers a graphical interface for getting data from sources and a Power Query Editor for doing transforms. The Power Query application selects the data's final destination because the engine is incorporated into so many products and services. 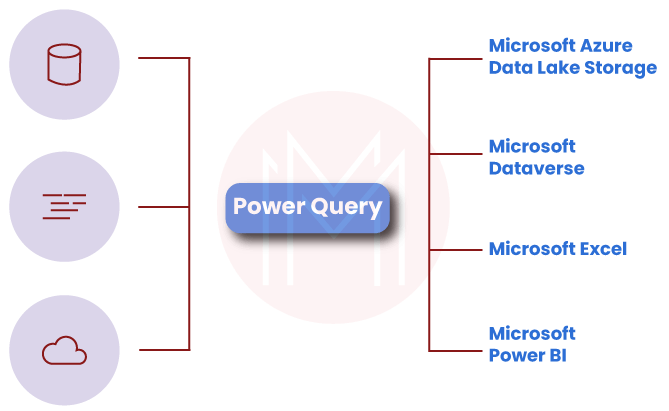 In an ETL, the Power Query tool is an Excel add-in. When you utilize this program, you'll be able to extract data from various sources, manipulate it into a format that meets your needs, and then load it into Excel.

Why do you need a Power Query?

There are two versions of Power Query:

Excel add-in: It is available for free download as part of Excel 2016 from Microsoft's official website. When the add-on is installed, Excel creates a new tab for it.

Built-in Functionality: Power Query functionality is built-in by default and is available on the Data tab as a collection of getting and Transform commands.

However, the functions are the same regardless of how they were obtained. This add-on is popular since it can be helpful in a variety of situations. Many fussy jobs, such as formulas or macros, must have grabbed you. Power Query is a godsend for anyone tired of doing these time-consuming chores daily. Even if you are a beginner, Power Query is unmatched.

There are four phases to using Power Query:

Shape data to fit your needs while keeping the source intact. To transform data, you must change it in some way to satisfy your data analysis needs. You can remove a column, modify the data type, and filter rows. Shape data is the method of assigning transformations to one or more pieces of data.

Combines data from several sources to create a distinct perspective on the data.

In your Excel workbook, you can append or merge numerous queries. Append and Combine operations can be used on any query having a tabular shape, regardless of the data source.

Finish your query, save it to a spreadsheet or Data Model, and update it regularly.

You can load queries into your workbook in two ways:

You may also fine-tune your load options by going to File > Options and settings > Query Options and selecting how to see your data and where to load it, whether in a spreadsheet or a Data Model.

What is Power Pivot?

Power Pivot is an Excel add-in that allows you to perform advanced data analysis and model building. You can connect together massive amounts of data from numerous sources with Power Pivot, do rapid information analysis, and simply share findings.

A Data Model, a group of tables with relationships, can be created with Excel and Power Pivot. The data model in an Excel worksheet is the same as in the Power Pivot panel. Any data you upload into Excel is also available in Power Pivot.

What is the use of Power Pivot?

Instead of putting data on a worksheet, Power Pivot lets you enter it straight into a data model. Additionally, you can link tables together. Say goodbye to the Vlookup function, which combines data into one large table. Power Pivot allows you to generate pivot tables based on a data model and evaluate numerous tables at once.

The DAX (Data Analysis Expressions) function is also used by Power Pivot. Compared to conventional Pivot Table, DAX has a more extensive vocabulary and can do more complicated computations.

Here is a list of general rules to work with Power Pivot:

Other features that make Power Pivot an excellent tool for particular tasks include:

How do these tools work together?

How Power Query and Power Pivot are related?

Here's a quick illustration to show how these powerful tools are linked:

Power Query and Power Pivot are, as previously stated, the most complementing tools. Power Query is the finest choice for finding, importing, and linking data.

Now that we've reached the end of this blog, Power Pivot and Power Query are fantastic tools for obtaining and transforming data and creating interactive reports and dashboards. These two powerful tools can help you beyond Excel's physical constraints and calculations.
If you want to go further with Excel, MindMajix has dedicated courses on Power BI that will quickly get you up to speed.