AngularJS was originally developed by Misko Hevery at Brat Tech LL.C in 2009 and now it is maintained by Google. It is a structured, Javascript framework used for dynamic web applications. It is one of the modern web frameworks available and used for developing single-page applications.

The angular version indicates the level of changes that are introduced by the release. Angular versions have three parts major, minor, and patch releases. The latest version is Angular 8.0.0, which was released in the month of May 2019.

If we consider the new version 8.0.0, it indicates 8 is the major version, 0 is the minor version and another 0 is the patch level.

Let us know about different levels of Angular versions and what are they all about.

Major releases: It adds new features, but needs developer help during the update. While updating the new major release, you may be required to run additional tests, refactor code, run update scripts, and learn new APIs.

Minor Releases: It adds slight modifications to the added features and is fully backward compatible, with no need for developer help during the operation. Modifying your apps is optional and to begin new APIs, capabilities, and features that were added in the release.

Patch Releases: These releases are designed to overcome risks and are used to fix bugs.

Finally, the new version of Angular was released in May. Now, the latest Angular includes a differential loading, service worker support, a preview of Ivy, and a few other finishing touches. It provides dependency injections, which is helpful to the application for assembling data services and composing components using HTML templates.

As planned there are no surprises in the release, using “ng” update, you can update the framework and CLI. AngularJS welcomes the new features with a motto called “evolution instead of revolution.” Moreover, AngularJS solves the problems which HTML has faced with non-static documents.

Why Web Developers Use AngularJS?

Most of the web developers choose AngularJS due to some reasons, which include:

What are the New Features of Angular 8?

Below are the latest features or advancements in Angular 8:

It is the most important advancement, which makes new apps generated by Angular CLI have two different bundles for legacy JavaScript(ES5) and modern JavaScript(ES2015+). This translation has provided better convenience for browsers to download small app bundles and also to improve the speed of modern browsers which has ES2015 support.

A small change, but it introduces a new feature that will give you enhanced support for bundling web workers with the help of Angular CLI. The improvements that have been made to Angular CLI’s bundling in Angular version 8 will get rid of the awkwardness of bundling JavaScript into few files and that enhances work efficiency. Moreover, this feature makes bundling eliminates the need to put the web workers in a separate file.

The Angular 8 comes with the latest versions of angular dependencies, which comprise tools such as Typescript and RxJS. This change is enormous because of the TypeScript group always includes the necessary advanced features in all new releases. This also benefits the new apps created by the Angular CLI to use new versions of TypeScript by default.

The main issue plaguing AngularJS, Which is heavy on resources and code can be overcome by the Angular Ivy engine. With the introduction of this new feature in Angular 8, Compatibility with other angular applications will be improved. Moreover, this feature even provides advantages such as:

The percentage of using AngularJS is constantly growing more and more because it is easier to code in AngularJS. It is going to be one of the most used JavaScript frameworks in the future as it provides huge resources for creating highly professional websites. The release of more versions of AngularJS will make it more innovative and advanced in the near future. 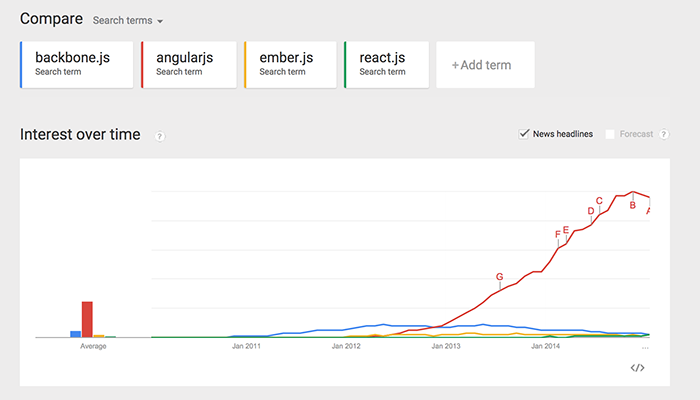 AngularJS is a web page designed to perform actions without refreshing the page, thus provides a smoother user experience. It overcomes the problems which are not solved by HTML. Angular makes testing easy and performs effectively. All these features of Angular 8 will make it a more popular and widely adopted framework across different applications.