These below mentioned are the topics :

Formerly known as Windows Azure, Microsoft Azure is Microsoft’s public cloud computing platform and it offers a range of cloud services including those for analytics, computer, networking, and storage.

The user can pick and select from these services to run existing applications or build and scale new applications in the public cloud. In Azure, load balancing offers a higher level of scale and availability by extending incoming requests covering multiple VMs(virtual machines). The Azure portal can be used for the creation of a load balancer. 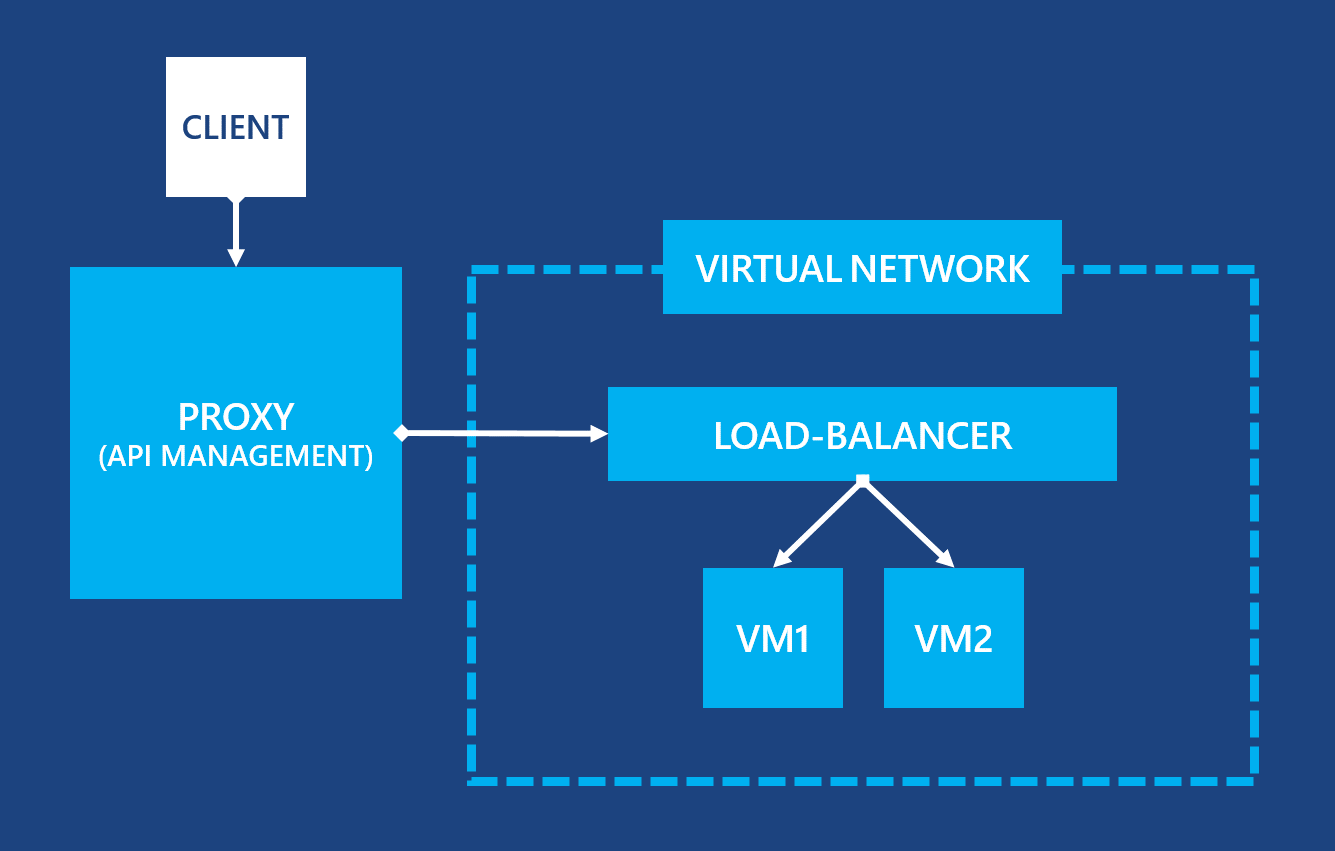 In simple words, an Azure Load Balancer can be defined as a cloud-based system that allows a set of machines to perform as one single machine to serve the request of a user.

The job of a load balancer, put simply, is to take on client requests, determine which machines in the set can manage such requests, and finally, forwarding those requests to the relevant machines.

There are several load balancers and numerous algorithms that process requests at various layers in the TCP/IP stack.

2. Need for a Load Balancer:

4. Features of a Load Balancer:

For UDP and TCP applications, a load balancer offers the following capabilities.

You can create a load-balancing rule with Azure Load Balancer for distributing traffic that approaches to backend from frontend pool instances. The load balancer utilizes a hash-based algorithm for rewriting the headers of flows to backend pool and distribution of inbound flows. When a health probe notifies a healthy backend endpoint, a server is available to receive new flows.

The load balancer, by default, utilizes a 5-tuple hash containing source port, source IP address, destination port, destination IP address, and IP protocol number to map flows to available servers. You can choose to develop an affinity to a particular source IP address by choosing a 2- or 3-tuple hash for the given rule. All packets of the identical packet flow arrive on the same instance at the back of the load-balanced front end. The source port gets changed when the client institutes a new flow from the same source IP. As a result, the 5-tuple might cause the traffic to go to a different backend endpoint.

Load Balancer doesn’t directly interact with UDP or the application layer or TCP, and any UDP or TCP application scenario can be supported. The load balancer doesn’t originate or terminate flows, provides no application layer gateway function, interacts with the payload of the flow, and every time, the protocol handshakes directly happen between the backend pool instance and the client. A response from a virtual machine is always a response to an inbound flow. The original source IP address is also preserved when the flow arrives on the virtual machine.

The load balancer uses the health probes that you define in order to determine the health of instances in the backend pool. When a probe fails to respond, the load balancer ends the act of directing new connections to the unhealthy instances. The current connections aren’t affected, and they will continue until the application obstructs the flow, the virtual machine is shut down or an idle timeout occurs. Load balancer offers different health probe types for HTTPS, HTTP, and TCP endpoints.

[Related Article: What is Azure Arc?]

5. How to Create and Manage a Standard Load Balancer Using the Azure Portal?

6. Limitations of a Load Balancer

Microsoft's Azure Load Balancer supports load balancing for cloud services and virtual machines to scale applications and provide safety against failure of a single system, which could lead to unwanted downtime and disruption of the service availability.

There are essentially three types of load balancers in Microsoft Azure. They are - Azure Load Balancer, Internal Load Balancer (ILB), and Traffic Manager.

The Traffic Manager load balancer can be described as an Internet-facing solution to balance the traffic load between many endpoints.

Traffic Manager is only associated with the determination of the initial endpoint. It is not involved in processing the redirection of each and every packet, and hence, it cannot be viewed as a standard load balancing engine.

1. Performance Algorithm – Directs the user to the nearest load-balanced node depending on latency.

3. Round Robin Algorithm – Implements a distributed approach to direct users to a node, using the weights attributed to such nodes.

The Traffic Manager also incorporates the functionality to disable or enable endpoints in its policy engine without taking down the endpoint. This provides the capacity to add or eliminate endpoint positions as and when required or to manage the maintenance of the endpoints easily.

Users requiring multi-tier applications that need global accessibility and scalability can leverage the power of Traffic Manager 'performance' load-balancing algorithm to redirect the clients to the nearest endpoint. This endpoint can be an Azure Load Balancer VIP, which is a load balancing user interface-tier across aggregated nodes.

Every user interface-tier node can put to use an Internal Load Balancer that balances the load of a middleware-tier across various nodes. Every middleware-tier should be connected to an 'SQL Always On Availability Group' data tier, which deploys a 3rd Party Appliance for implementing the SQL listener.

Whatever your load balancing needs might be - whether it's a single-tier or a multi-tier virtual machine or cloud service - Microsoft Azure Load Balancer can offer you flexible tailor-made solutions specifically designed for your deployment environments.