Microsoft Azure - Exactly What You Are Looking For!

Microsoft Azure is cloud computing service provider which enables developers and IT professionals to deploy, develop & manage their apps through a global network of Microsoft data centers. It not only looks after infrastructure, but also helps in managing higher level middleware, OS & During runtimes. It also support you in building efficient apps for mobile to internet solutions.

The basic plan of the cloud service provider is to allow their fundamental services to both software developers & big companies.

If you would like to Enrich your career with a Microsoft Azure certified professional, then visit Mindmajix - A Global online training platform: “Azure Certification Course” .  This course will help you to achieve excellence in this domain.

According to the latest reports Microsoft Azure is the leading in Cloud Services. As it has introduced its services from past 2000’s and had not introduced Azure till 2010 or 4 years after AWS launched its cloud services.

Azure was first introduced as “Windows Azure” and is a PaaS(Platform as a Service) for the developers to build the apps easily. After that it has introduced in deep low level infrastructure services as such amazon made and became popular.

Microsoft on the first day of dev event has announced Microsoft Azure cloud applications for iOS & Android and Windows 10 version of cloud app is also in progress. The applications helps in handling different cloud services from your mobile and it supports newly announced cloud shell. With cloud mobile applications. As previously mentioned Cortana Kit allows dev team to deploy & integrate their services from Cortana.

Microsoft is till working on how to reduce the amount of storage need to store data in making for low cost effective. The reason they are investing in it is tapes are quite expensive and require keen observation and built-in infrastructure at the data centers. This makes them expensive but not economical.

SAP is combining with Microsoft Azure

Over the past few years microsoft has invested very heavily in Azure. Overall 6 data centers in three different continents has be developed to serve millions of end users. They have been built with self cooling containers, strong hardware & power efficiency mechanism with ideal features from other data centers.

Microsoft to Distribute Microsoft Cloud Against DataCenters in Africa

Few places in world are as diverse & dynamic as africa now a days. We look forward to enormous scope for the cloud to advance innovation & support more people who are working for a business transformation & introduce new entrepreneurship opportunities in helping to solve biggest & world’s hard problems.

Microsoft is planning to deliver Cloud based services - including Office 365, Microsoft Azure & dynamics 365 from data centers at different locations around major cities, with their availability by 2018. They provide enterprise grade accuracy and performance mixed with data residency.

People around africa with their local startup’s & NGO’s can use the cloud services from the above mentioned major cities to function innovation & opportunity for africa & others. 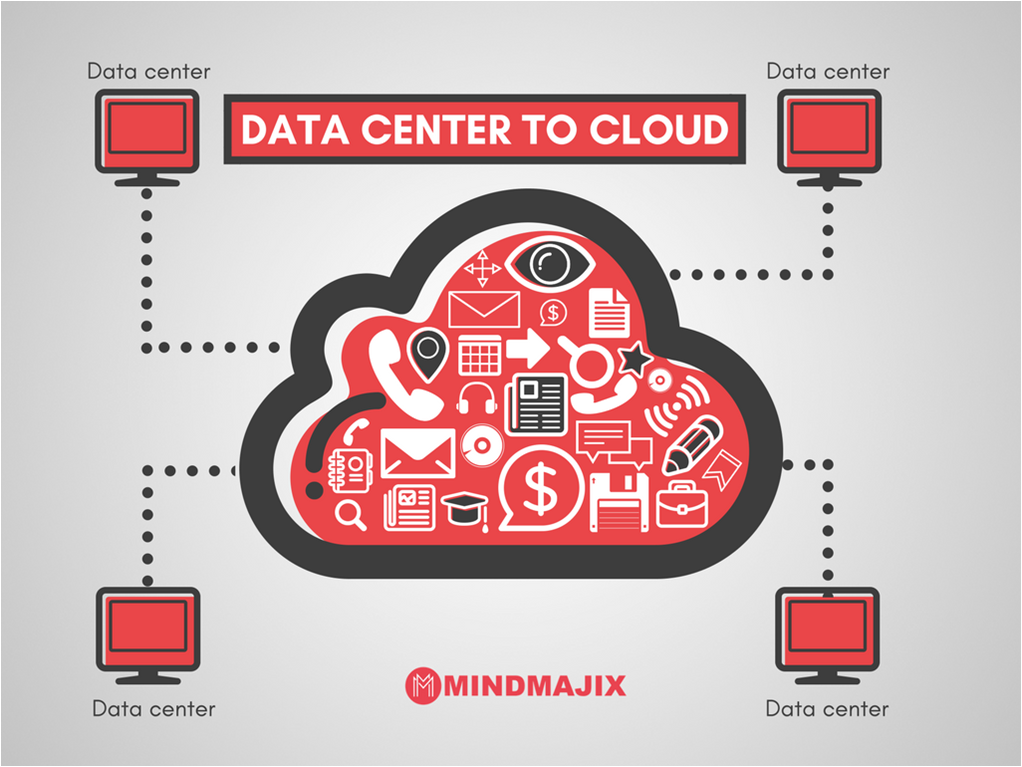 This step is a major investment to empower each organization and every person and create a cloud for global good and extension of efforts.

Think about this: while most venture tech organizations have been discussing IoT and how superb it will be, not very many have cobbled together a total and reasonable technique for what clients need and requirement for IoT, not to mention a total arrangement of items, innovations, and administrations that breathe life into that system.

Among those that have conveyed on both, Microsoft has hopped into the lead with its IoT Central, which Nadella depicted as the main SaaS offering that gives the conclusion to-end answer for associations of all sizes to deal with their whole IoT biological community crosswise over gadgets, cloud, examination, systems, and programming.

The recent studies lead us to have a look of Microsoft falling behind Salesforce & IBM. It can be explained with an example: In the most recent income call of real-time management sys built in the Cloud, IoT Services & AI. The result is as designed for new technologies, from IoT be mixed reality to Cloud & AI has been confirmed by the officials.

Microsoft Azure is Becoming the Trust for the People to their Workloads Why?

In future on-premises data-centers are not worked out as it need rely on many factors such as, power related issues & natural disasters. Too many of them have emerged in cloud services now a days including Apple - iCloud which stores songs, images & few docs of users at cloud for their smartphone users with different options.

Companies like BMW, GE few more are moving their workloads to Microsoft azure Why?

With high-speed & decentralized infrastructure of microsoft azure provides a limitless option for Disaster Recovery option and assure the application that are prior to the business can run from different sites during the recovery that leads to less time instead of days. With Microsoft Azure you can expect the disaster recovery with no limits & less time.

Microsoft Azure can spin up with new services and can store your data on the cloud with no time. It can be compared with a static datacenter as it requires all the hardware to be installed & guarded with external support. Where as the flexibility given by Azure will be a correct choice for organization starting or existing. 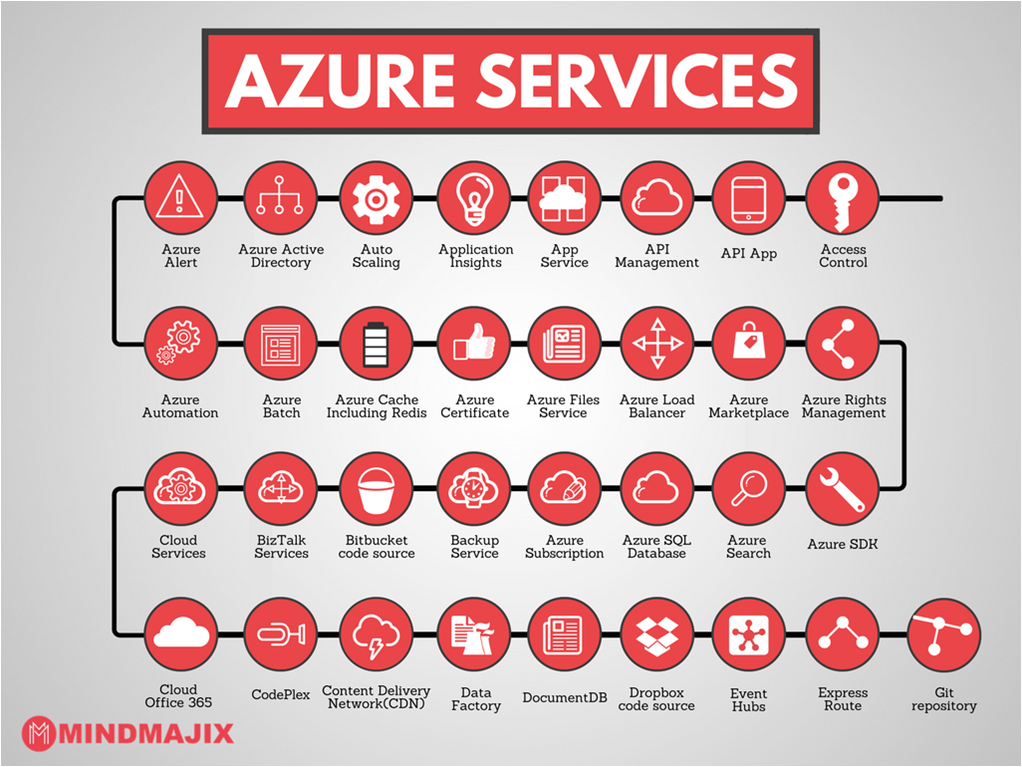 Microsoft Azure not only makes it faster in process and scaleup the infrastructure, they serve at low cost also. Physical & Infrastructure devices, services like load balancers, router switches, routers of different kinds add up to thousands of rupees sometimes even more. There should be an IT Expert to monitor and work with these devices & equipments which allows a big payroll. But with  Microsoft Azure you can trim all these & can head up with turning percentages in your business.

With a huge service offerings like Azure’s Scalable, Visual Studio Application Insights, Visual Studio Team Services, Storage for all frequently used data. Microsoft Azure makes Testing and Development of critical apps in a click. Movement of application from test environment to cloud in to distribute  globally at distributed network be easy.

We have now reached the bottom of the discussion about Microsoft Azure Platform, I hope you have a better understanding of advantages during the discussion and opt for the better service provider of Cloud Platform now. You can choose either Azure on-premise, or other related services both would be flexible and support you business.

If you are interested to learn Azure and build a career in Cloud Computing? Then check out our Microsoft Azure Certification Training Course at your near Cities.