Are you an aspiring software developer or cloud professional? Are you looking out for probable Azure DevOps Interview Questions that could be asked? Do you want to leave no stone unturned in preparation for the same? Well done then! You are at the right place. We are going to make things easy for you. In this article, we have consolidated some of the best hand-picked Azure DevOps Interview Questions for you. Make sure you go through them at least once before your interview.

Azure DevOps is Software as a Service (SaaS) platform provided by Microsoft. It enables developers and DevOps teams to develop and deploy applications through an end-to-end DevOps toolchain. It also provides a collaborative and integrated environment supporting continuous integration, Git, and agile tools to plan and track work. The set of processes and a collaborative culture bring together project managers, developers, and contributors for developing software.

Although it was launched in 2006 as a Visual Studio Team System, a stable release took place only in October 2018 as Azure DevOps.

Some facts about Azure DevOps are given below: 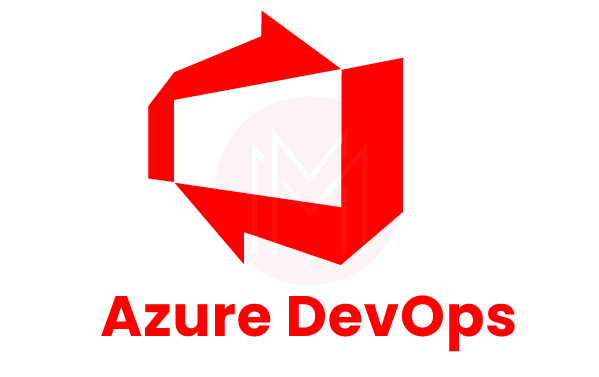 We have categorized Azure DevOps Interview Questions into 3 types, They are:

1. What do you mean by Azure boards?

This Azure DevOps service is used for managing the project of software. The various abilities offered by it include reporting, dashboards, kanban, and scrums. Backlogs, queries, dashboards, sprints, and work items are the essential features of Azure boards.

2. What do you mean by Azure pipelines?

It is considered one of the most important cloud services. With the help of Azure pipelines, the project codes can be built as well as tested automatically. With the aid of major languages and the kind of projects, it does its work productively. The project code is shared with other customers as well by this feature. 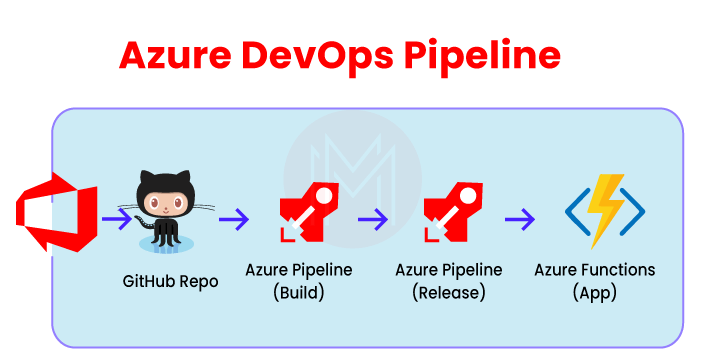 3. What do you mean by Azure Repos?

4. What do you mean by Azure artifacts?

Azure artifact is an extension making it easy to install, discover, and publish the packages such as npm, NuGet, and Maven in Azure DevOps. The package management becomes a smooth process in the existing workflows because of its deep integration with other hubs such as Build. 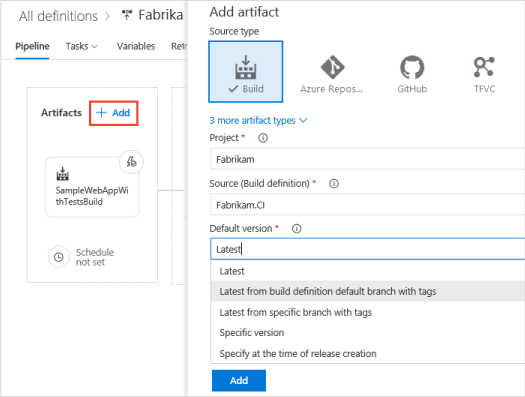 5. What do you mean by Azure test plans?

This Azure DevOps service is used for managing all the test solutions. Exploratory testing, manual planned testing, and customer testing are all provided under this one service. Testing exploration, as well as the stakeholders' feedback storage, is maintained by its extensive browser. Testing explorations and manuals are essential techniques for product development because they are considered the reason for testing automation.

6. What do you mean by Multi-stage pipeline?

CI, CD, or both are allowed by a multi-stage pipeline in a single YAML pipeline code. Being easy to maintain and easy to check the current stage of our deployment is among the many benefits provided by it.

Some of the benefits provided by Azure pipelines are-

8. What is meant by the pull requests in Azure DevOps Repos?

Pull requests are used for reviewing as well as merging codes to a Git project. Pull requests enable the team to review the code and also provide feedback on it. Either feature or topic branch, along with a fork, can be the source of pull requests.

We can separate the risky, confidential, and experimental changes from our original codebase with the help of forks. A fork is a whole new copy of code collections that include commits, branches, and files. A fork seems like a repository that has been cloned and pushed to a new and empty repository. The fork files and branches can't be shared with the original codebase once a fork is created. But a pull request can carry them along.

A wide range of features are offered by Memcached, such as-

11. Mention why Azure boards should be used?

Azure boards should be used because of the following reasons-

12. Differentiate between Jira and Azure DevOps.

Atlassian Jira is also a well-known application life cycle management (ALM) tool. It is especially liked by the agile teams. Originally it was a bug tracking tool. But now, it has grown into a more comprehensive tool that now contains many software development and management tools. The main intention of this tool is to keep things on track. Azure DevOps, on the other hand, not only tracks but extends to building and development as well.

13. Why is Selenium used in DevOps?

The use of Selenium in DevOps is for continuous testing. Its specializations include functional and regression testing. 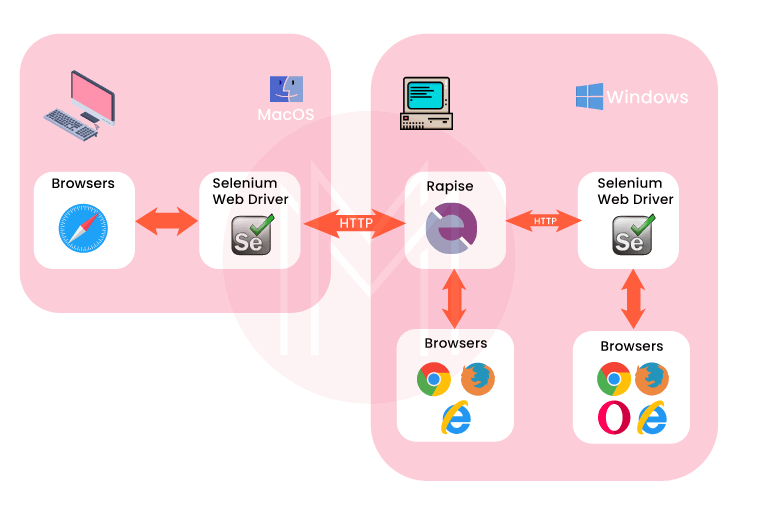 Roles are the type of servers that help us towards common aim achievement. These are managed as well as loaded as virtual machines.
The three types of roles Azure provides are:

15. What different types of backlogs and board options are available in Azure boards?

Three classes of backlogs are available to manage the work:

And two types of boards are available-

1. Tell us something about fault domains.

They are the logical hardware groups that can share the same power source as well as network. They are used for racking the data centers on-premise. These fault domains get automatically distributed by the Azure platform when VMs are designed using available sets. This approach limits network outages, physical hardware failures, etc.

2. Tell us something about the Update domains feature.

They are the logical hardware groups that can be rebooted as well as maintained at the same time. These updated domains get automatically distributed when the VMs are designed using available sets. This ensures our application instance, as well as the running of the Azure platform, is under periodic maintenance. Only a single order of updates can be rebooted at a time. 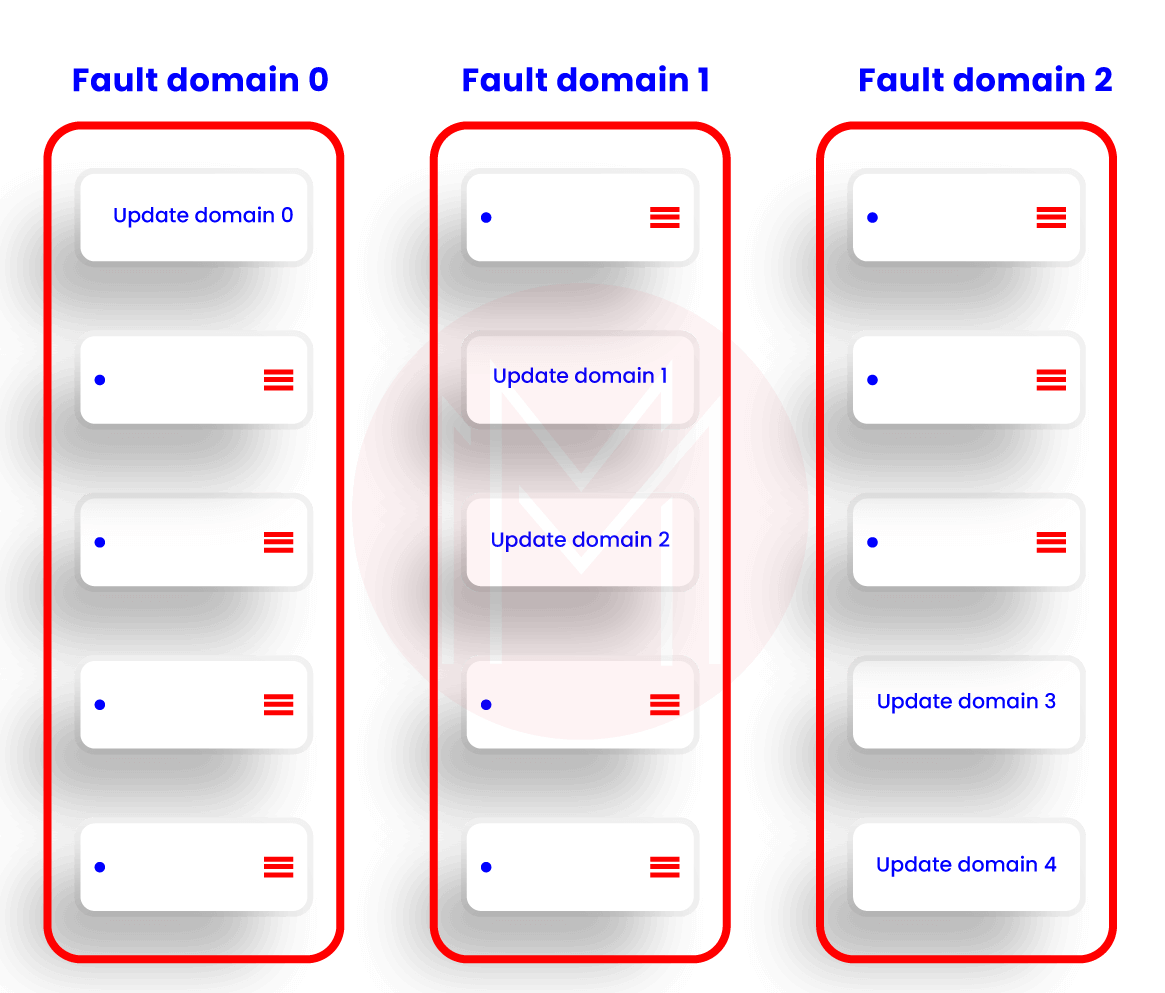 3. How can Azure Ad applications be used?

A secured and simple way is provided to select and connect with web applications by this feature. The same as the SaaS apps access can also be accessed in the Azure. It doesn't require a VPN to change the infrastructure of the network.

The rendering of our cloud network refers to the VNet. Our launched cloud instances get isolated from the remaining resources with the help of VNet.

6. What is the azure cli command used to run the pipeline?

Self-hosted agents allow us to set up as well as management jobs on our own. We opt for self-hosted agents when we want more access to installing dependent software as per our needs and deployments. Also, the speed can be boosted by the persistence of machine-level caches and configuration from run to run.

It is the by default Microsoft agents that get the jobs executed. From assigning the resources to installing and maintaining, everything gets done when we opt for this Microsoft-hosted agent.

9. What is a Dogpile effect? How can it be prevented?

10. Explain the use of an active directory in Azure.

It is used for access management. It helps in enabling access to the employees to particular products and services of our networks. Some major examples include Salesforce.com and Twitter. Application-built support in galleries is provided by this active directory.

This distributed systems platform makes it simple for the package, scalable management, deployment, and microservices reliability. Development and management of the applications of the cloud can also be done by this. Hence the developers can pay more attention to the critical implementation jobs.

12. Tell us about the Azure Redis cache.

It is an open-source data structure. It works as a database and cache. Azure Redis cache is made based on the famous Redis cache of open source. Secured access from azure applications is provided with the help of this feature. The structure of data which are like strings, sets, and hashes along with queries, is maintained by this.

13. What is meant by containers? Which containers are supported by azure DevOps?

To package the software code, its dependencies, and its configurations into a single object or unit, containers are used. Multiple containers can be there working and sharing the operating system on the same machine. This enables fast, consistent, and reliable deployments. The following containers are supported by azure DevOps:

14. Explain the function of Scrum master in azure boards.

Scrum master is always on the lookout to remove all the hindrances, resolve impediments, and other blocking issues arising during a sprint. They are continually ensuring the improvement of the team. They can be called part team members, part cheerleaders, and part coaches.

15. How can a Git repository be created in Azure DevOps?

A Git repository can be created by following the given steps:

(The repository will get selected by default once it is created)

Now, given below are the Top 10 FAQs about Azure DevOps.

1.Mention some of the alternatives to azure DevOps?

The main advantages of using azure DevOps are:

3. Which service is used for managing Azure resources?

Various services, such as deployment, management, etc., are handled by the Azure Resource Manager.

5. What are the main components of Azure DevOps?

The main components of azure DevOps are given below:

6. Elaborate on the job role of Azure DevOps engineer.

An Azure DevOps engineer is responsible for designing and implementing a scalable, strong, realistic, and practical cloud solution that would work for the clients.

7. Which web applications can be deployed with Azure?

The web applications given below can be deployed with Azure:

8. Mention different ways for connecting with a project in Azure DevOps.

Following different ways can be followed to connect to a project:

9. Elaborate on the projects of Azure DevOps.

To gain experience, the projects of azure DevOps are very important. This helps in the Git repository and code existence for designing the ceaseless delivery as well as integration pipelines of Azure DevOps. 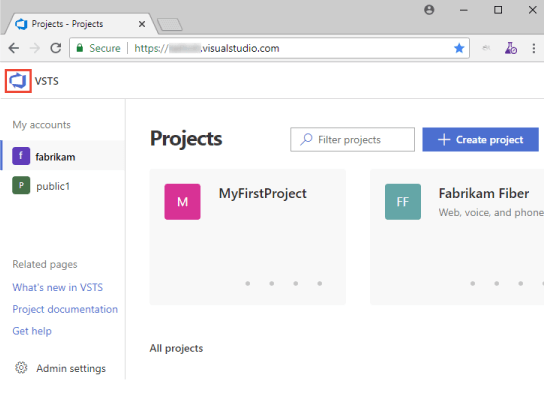 DevOps and agile are used simultaneously to develop the process through expectations and adoption. We can constantly monitor the progress, infatuation, and process visualization. And we will be provided with quick alerts in real-time. We can select the process as per our requirement through data analysis. Hence continuous monitoring is of great help.

Azure DevOps is an easy to learn as well as a simple technology. But the solutions provided by it to automate workflow are highly efficient. This makes it the next big thing in the IT sector with a vast pool of opportunities. We are wrapping the article here and wishing you luck, hoping that the questions provided above will help you in your interview.