Both Go and Python are incredibly relevant today. Both are widely used programming languages in the developer's community. Go is a much newer language compared to Python, released by Google in 2009. Though Python has witnessed immense popularity in web development, Golang is also gaining higher popularity and giving tough competition to Python. So, in the spirit of helping you choose which programming language is better, we've decided to come up with this write-up.

If you would like to become a Python certified professional, then visit Mindmajix - A Global online training platform: “Python Certification Training” Course. This course will help you to achieve excellence in this domain.

In this Go vs. Python blog, we'll compare the two programming languages based on various parameters that help you decide which one is best suited for you.

Go Vs Python: Which is better Golang or Python?

But, before getting into comparing, let's have a quick introduction to both these languages. 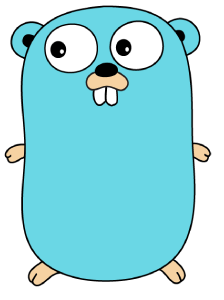 Go is also commonly known as Golang. Google developed this open-source programming language. Its development began in 2007 and was introduced into the market in 2009. Robert Griesemer, Rob Pike, and Ken Thompson have designed this programming language based on C's syntax. This language supports concurrent programming, memory safety, garbage collection, structural typing, and many more.

Go is developed for ease of programming and writing code, and interpreted with the efficiency and safety of statically typed compiled language. It's not only easy to work with Go, but many powerful features make Go popular. 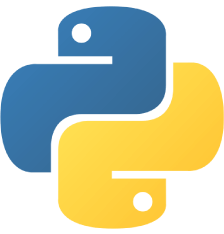 Python is one of the top programming languages today, created by Guido van Rossum and first released in 1991. It's a high-level, interpreted, and general-purpose programming language. Inbuilt data structures with dynamic typing and binding make it very appealing for fast application development and also known as a scripting language to connect components. Most importantly, Python's simple syntax rules make it easier for you to keep the code base readable and easily maintainable.

As it requires significantly few code lines, the majority of web applications and platforms rely on Python, including Youtube, Google search engine, and more.

Now that you got a brief introduction to both these programming languages. Next, let's move forward and discuss the parameters based on making the differences between Python and Go.

Golang vs Python: Comparison between Go and Python

Firstly, we'll compare the parameters of the paradigm of the languages.

When we look at the performance of Go and Python, Go is extremely fast, similar to Java and C++, which are the fast programming languages right now. Go language performance is 40 times faster than Python. Based on that, we'll look into some comparing terms of mathematical functions using both languages, namely, Mandelbrot, N-body, and Binary Tree.

These are complex real-time problems that take lots of computation to perform. Now we'll test both languages' performance by running code on it and checking which one is fair.

That clearly shows Go language triumphs over Python in terms of performance measures. Now let's move forward to the next parameter of comparison, i.e., readability.

Code readability is one of the crucial things to consider while working with a team on a project. Python has fantastic readability, but you can represent something probably in 10 different ways in Python, which usually leads to confusion when code is a significant or large number of people working on the code.

On the other hand, if you look at Go, it comes with strict programming rules and doesn't import unnecessary libraries. This means Go has a better understanding of code when a large number of people are working on it.

The above example takes some calculations for both languages. As you can see in Python, developing code is simple, and in Go, it's not very easy. By comparing, we can say that Python syntax is easier to learn than the Go language.

Nowadays, building scalable applications is an art of work. If applications are not scalable, then it causes loss to the business. Keeping this in Mind, Google developed the Go language to help developers solve complex problems at the scale of Google. Golang has inbuilt support for concurrent process channelling. On the other hand, Python has a tough time with concurrency and can only implement parallelism through threads.

The terms concurrency and parallelism are often related to multithreaded programs. Concurrency means an application is making progress on more than one task at the same time. 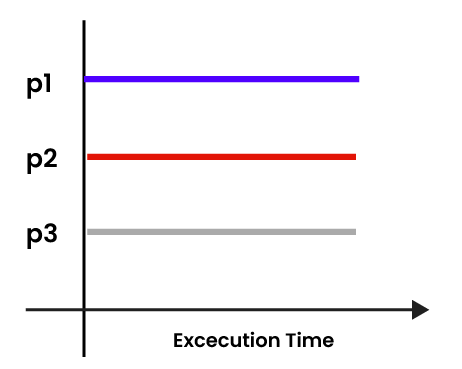 Whereas parallelism means splitting application tasks into smaller subtasks and that can be processed in parallel, for instance, on multiple CPUs simultaneously. 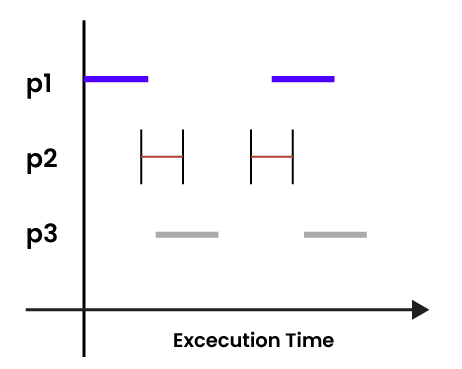 So, the language that inherently supports concurrency is perfect for big and large scale applications, and Golang takes the cake home.

Now, let's move to the next parameter of comparison, i.e., Libraries.

Having excellent support for libraries is crucial for programming. Here Python wins over Go for having a tremendous amount of libraries

Packages like Numpy help you with array handling, and complex matrix functions, OpenCV for image processing, Tensorflow and Scikit Learn for deep learning, Matplotlib for visualization, Pandas for data analysis, and the list goes on. And this is what Python is known for.

And this doesn't mean Go falls short here. The number might not be as of Python, but the usage of fields covered is the same. They have insane libraries for data handling, web development, encryption, concurrent programming, and more.

Now, let's compare how Go and Python execute the code.

In a dynamically typed language, type-interference is implemented by the interpreter, and hence some bugs may remain. This means Pythons limits the programmer while building heavy programming. On the other hand, Go can handle any programming (big or small) with finesse.

So now, let's have a glance at our next parameter that is storage.

Python offers no memory management and manages the memory automatically as soon as a variable is allotted. Python Virtual Manages the whole set of memory. On the other hand, Go provides you with excellent memory management, which also comes in handy while running complex problems that we have seen above while comparing both the languages' performance.

Now, let's get to the final part of the comparison,i.e., Applications.

Leave an Inquiry to learn Python Training in Bangalore

Now, there's not going to be a clear winner in this comparison as every language is made for some purpose, so we cannot say any particular language as a winner. Python is more suitable for web development, artificial intelligence, data analytics, and deep learning because of the great libraries.

Go is more inclined towards system programming as it supports concurrency. Also, found a generous amount of use and acceptance in the fields of cloud computing and cluster computing. Powerful inbuilt libraries allow us to build web servers in a matter of seconds.

It's challenging to conclude Go vs. Python discussion because comparing a mature language with a relatively young one doesn't seem fair. Python has strong community support and is a leading language in machine learning, web development, and data analysis. At the same time, Go has been here only for a decade and has not built a strong community yet. But one clear advantage of Go is its speed, and it occupies the place of 13th most popular languages in 2020. Meanwhile, Python occupies third place on the list but took 25 years to get there. Python was not famous for the first ten years. So, the world is wide open for Golang as well.

So guys, now tell us which one is better according to you Python or Go and why? We would gladly accept your responses.