What is VAPT? - A Complete Beginners Tutorial

The massive proportion of cyberattacks proves that businesses must find innovative solutions to protect their corporate data. We can only defend ourselves against hackers by adopting a new strategy, which is to deploy network and application protection mechanisms. VAPT is one such strategy. This blog helps you to know much more about what VAPT is,  along with its tools and techniques.

Vulnerability Assessment and Penetration Testing (VAPT) is a wide term that refers to a variety of security assessment services aimed at identifying and mitigating cyber security risks throughout an organization's IT infrastructure.

It's critical to understand the many types of VAPT services and the variations between them in order to pick the correct form of evaluation for your company's needs. Because VAPT assessments are so varied in terms of depth, breadth, scope, and price, this knowledge is essential for ensuring that tests provide the best value for money.

What is a Vulnerability Assessment and Penetration Testing?

On the other side, a Penetration Test (PT) seeks to exploit vulnerabilities to identify the level of entrance. It assesses the level of defense. The VA is similar to approaching a door, assessing it, and examining its potential flaws. The VA is usually automated, but a PT is generally done by a security expert. 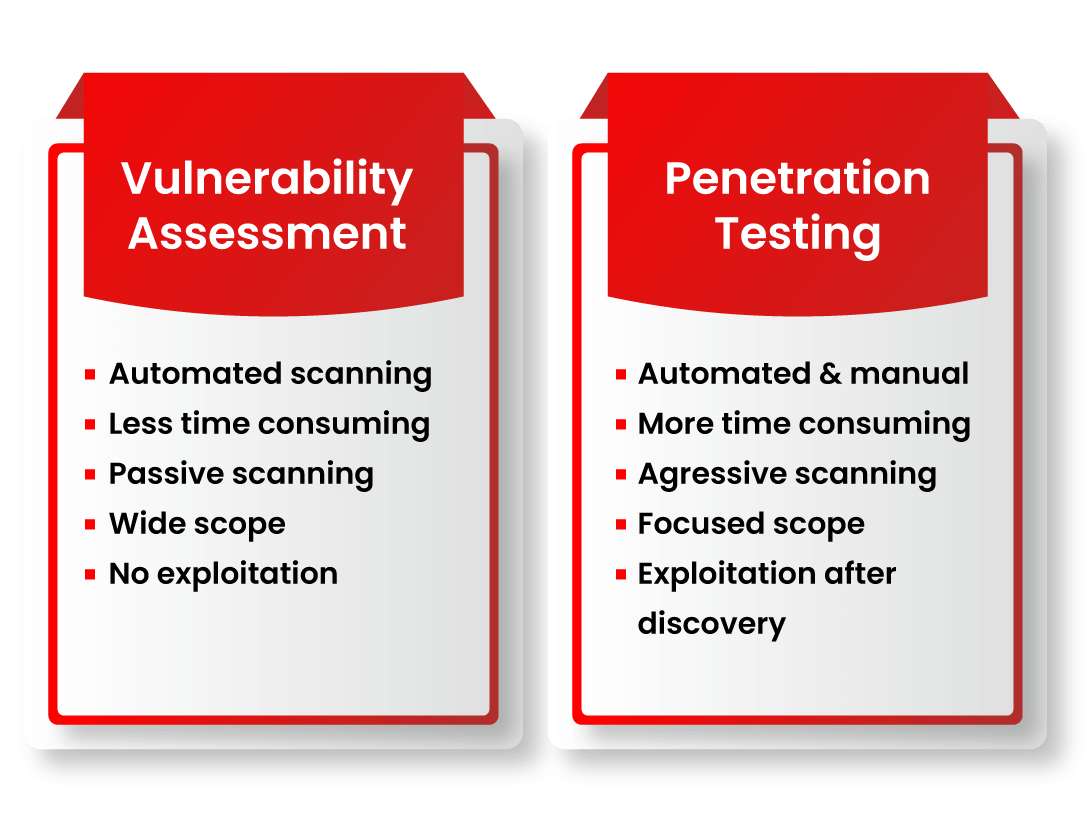 What is the purpose of VAPT?

Because hackers' tools, strategies, and processes for breaching networks are constantly improving, it's critical to assess the organization's cyber security frequently.

VAPT assists in the security of your organization by offering insight into security flaws as well as advice on how to remedy them. For organizations wishing to comply with standards such as the GDPR, ISO 27001, and PCI DSS, VAPT is becoming increasingly crucial.

What are the deliverables from a VAPT?

Execution of Vulnerability Assessment and Penetration Testing for specified network devices, security devices, servers, apps, websites, and other systems as per the scope outlined in the Approach, as well as analysis and suggestions on how to resolve the issues.

The following are the deliverables for VAPT activity:

The following should be included in the VAPT Report:-

What are the benefits of performing VAPT? 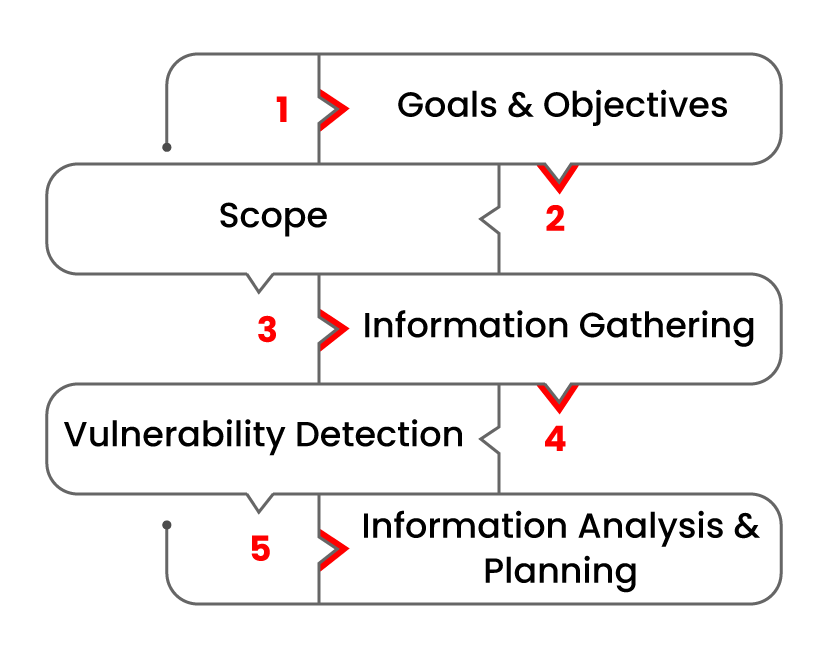 How to Evaluate Vulnerability?

The following is a step-by-step guide to doing a vulnerability assessment: 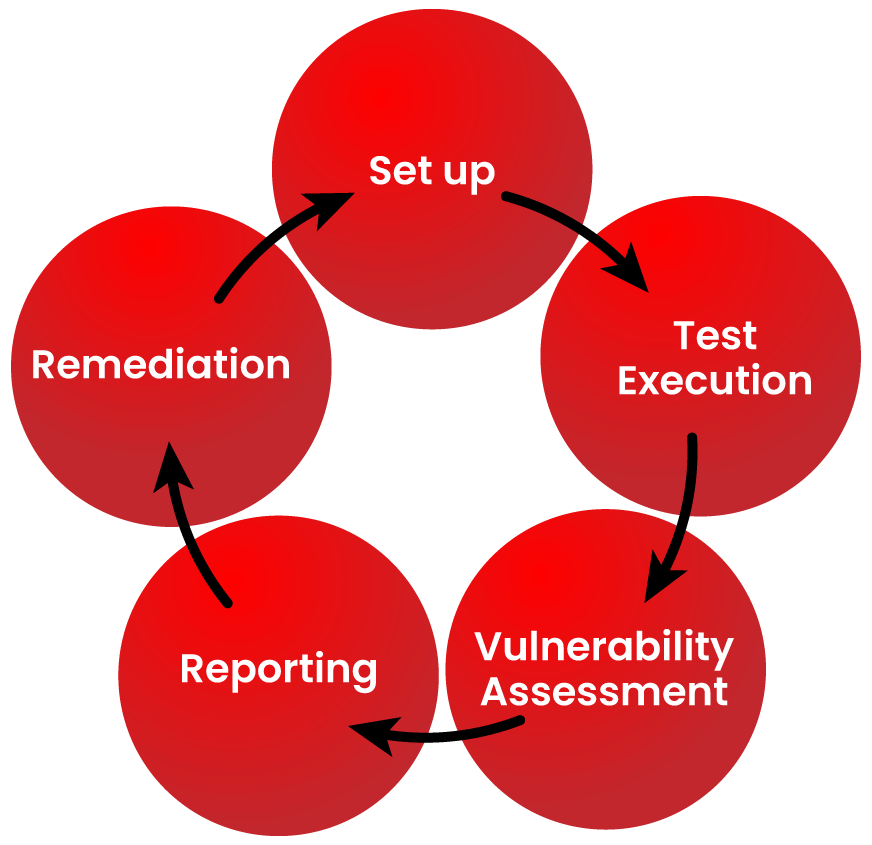 Run the data packet you just saved (A packet is a data unit routed between an origin and a destination.) When a file is transferred across the internet, such as an e-mail message, an HTML file, or a Uniform Resource Locator(URL) request, the TCP layer of TCP/IP breaks it into many "chunks" for efficient routing, each of which is uniquely numbered and includes the destination's Internet address. These portions are referred to as packets. While the assessment tools are running, the TCP layer at the receiving end will reassemble the packets into the original file once they have arrived.

What is a VAPT Tool, exactly?

A VAPT tool performs a VA to detect vulnerabilities and a PT to acquire access by exploiting such flaws. A VA, for example, could assist in detecting poor encryption, but the PA will try to decode it. The VAPT tools scan for vulnerabilities, create a PA report, and, in certain circumstances, run code or payloads. VAPT products assist with PCI-DSS, GDPR, and ISO27001 compliance.

A robust vulnerability scanning and management tool designed specifically for businesses. It can detect and exploit flaws like SQL injection and XSS. Netsparker can scan any online application, independent of the platform or programming language used to create it. Netsparker is the only online web application security scanner that exploits discovered vulnerabilities in a read-only and secure manner to validate concerns.
It also provides evidence of the vulnerability, so you don't have to waste time manually validating it.

A web app vulnerability scanner aimed at small and medium-sized businesses, but with the possibility to expand to more prominent organizations. It can detect SQL injection, XSS, and other threats. The Acunetix Web Vulnerability Scanner is an automated web application security testing tool that analyses your web applications for vulnerabilities such as SQL Injection, Cross-Site Scripting, and other exploitable flaws.

It is a web vulnerability assessment tool that detects a wide range of threats using an automated online web vulnerability testing tool. Intruders are the attackers who seek to compromise the security of a network. They attack the network in order to get unauthorized access.

A solid framework with ready-to-use exploit code. The Metasploit project helps it by providing information on many vulnerabilities and associated exploits. With Metasploit, the pen testing team can use ready-made or custom code and introduce it into a network to probe for weak spots. As another flavour of threat hunting, after defects are located and recorded, the knowledge may be utilized to address systemic weaknesses and prioritize remedies.

Notable Mentions Nexpose, OpenVAS, Nmap, Wireshark, BeEF, and John the Ripper are more tools that can aid in the VAPT process.

What are the five significant types of penetration testing? 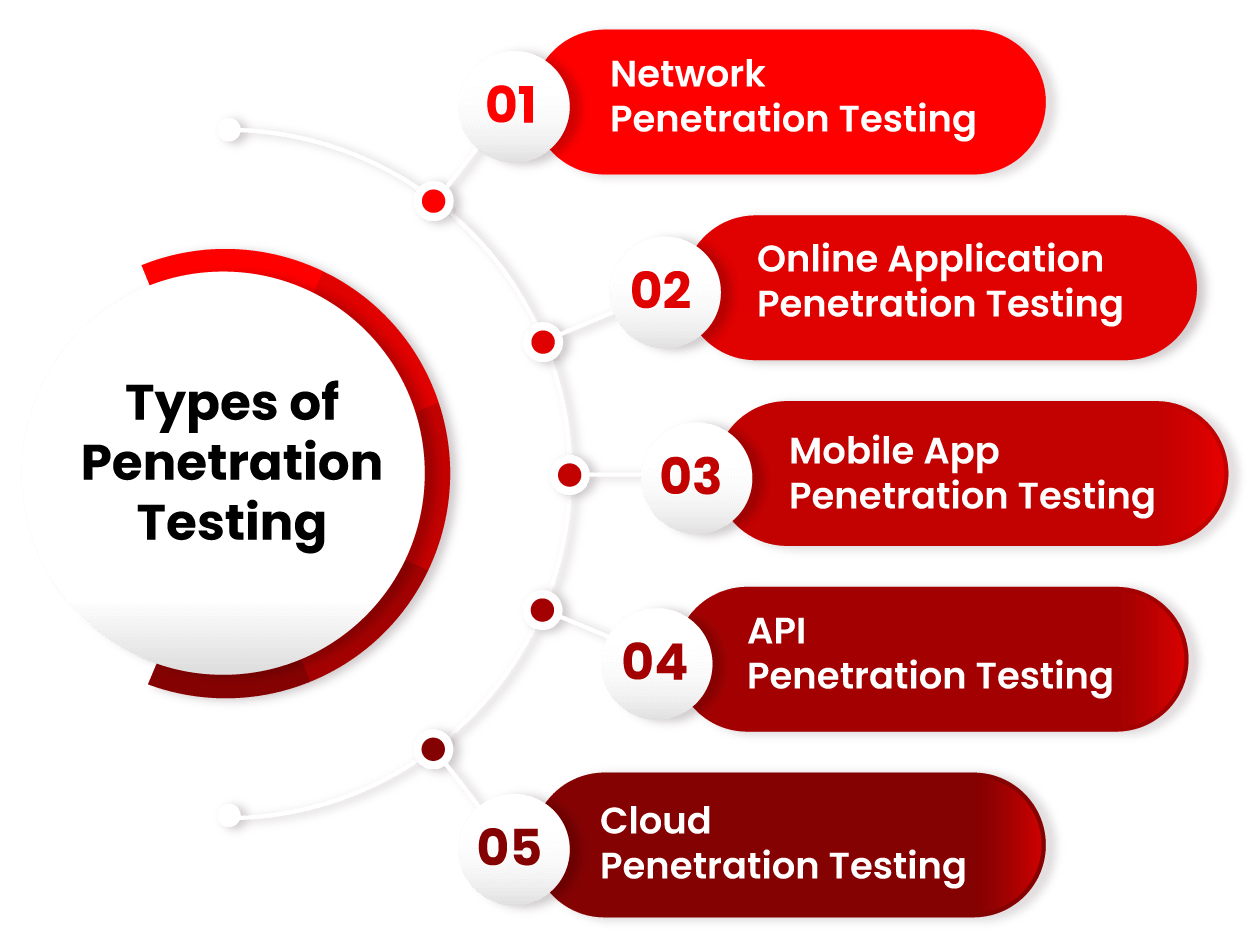 An organization's cyber security relies on a secure and reliable infrastructure. Given the financial penalties of a data breach, frequent internal and external penetration testing to discover and remedy vulnerabilities is recommended.

A network penetration test is a sort of security assessment carried out by an ethical hacking firm to detect cyber security flaws that might be exploited to infiltrate on-premises and cloud systems. Pen testing on a network might entail evaluating perimeter security policies and equipment like routers and switches.

An external network pen test is used to evaluate the efficiency of perimeter security policies in preventing and detecting attacks, as well as to find flaws in internet-facing assets like web, mail, and FTP servers.

APIs have ushered in a new digital transformation era in the cloud, IoT, and mobile and web apps. Every day, the average individual interacts with many APIs without even realizing it, especially on mobile. APIs are the connective tissue that allows data to flow from one system to another, both internally and externally. All too frequently, however, deployed APIs are not subjected to thorough security testing, if they are checked at all. A poorly protected API, whether SOAP or REST, can expose security holes in everything it is linked to. The API's security is equally crucial as the applications for which it delivers services.

An authorized simulated cyber-attack against a system housed on a Cloud provider, such as Amazon's AWS or Microsoft's Azure, is known as Cloud Penetration Testing. A cloud penetration test's primary purpose is to identify a system's flaws and strengths so that its security posture may be appropriately appraised.

How often one should conduct VAPT?

The frequency of VAPT is determined by the sort of pen testing services provided by the company. This is why organizations fall short of their goals. They do these tests on a modest basis, once or twice a year or every few months.

Compliance standards and certifications of VAPT

Two forms of vulnerability testing are Vulnerability Assessment and Penetration Testing (VAPT).... Penetration tests try to exploit system defects in order to discover whether unauthorized access or other malicious conduct is feasible, as well as to assess whether faults constitute a threat to the application.
VAPT Certification is a technological way to address security flaws in an organization's IT infrastructure (application, software system, network, etc.). Vulnerability Assessment is a method of finding vulnerabilities to not miss any loopholes.

VAPT testing has the potential to be a highly useful tool for businesses. It raises the security level to protect them from cyber-attacks and criminal activity. As a result, most organizations are taking it quite seriously to achieve worthwhile security benefits.