Xamarin allows you to write code that is both productive and performative and can access any native API. It's incredibly simple to design device-specific apps for various mobile platforms. The Xamarin framework simplifies cross-platform app development for Android and IOS platforms by allowing developers to reuse the most amount of code possible.

But, before we start with the Xamarin interview questions 2022, let us bring in front of you some important facts about Xamarin:

Now, that you know the demand of Xamarin developers, let’s begin with the list of Xamarin Interview Questions to help you revive your professional spirit. These questions are intended to help candidates prepare for Xamarin  Jobs.

We have classified Xamarin Interview Questions - 2022 (Updated) into two levels, they are:

1. Tell Something about xamarin. 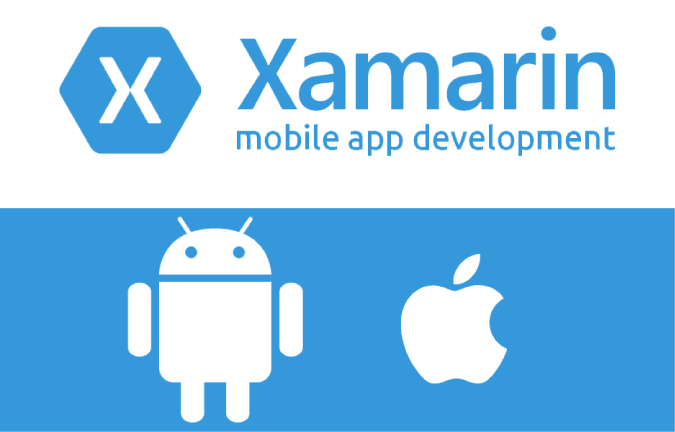 Xamarin is a Microsoft Cross-Platform Mobile Development solution that allows us to create native apps for all platforms (IOS, Android, and UWP) using the C# language. For app development, Xamarin uses two methods: Xamarin. Forms and Xamarin Native. Forms, while native UI technology and MVC or MVVM Cross Architecture are used in Xamarin Native. MVVM and XAML are used in Xamarin.

2. Tell us about xamarin.forms and why we use them?

Xamarin. Form is a cross-platform toolkit that allows you to exchange business logic and UI across all supported platforms using XAML. The form was accomplished using the MVVM pattern and binding into the XAML UI. For each platform, it generates pure native controls. We can share the entire business logic, and the user interface across all supported platforms, such as iOS, Android, and UWP, using Xamarin.Forms. Renderers can also be used to customize any native controls for a particular platform. Because of that near, about eighty to ninety percent of code will be shared between different platforms. Xamarin is the King of Cross Platforms, as far as we're concerned.

3. What is the difference between android studio and xamarin?

The most significant distinction between Android Studio and Xamarin is their build systems. Android Studio uses Gradle for application development, whereas Xamarin uses MS Build. There are very differences between these two IDEs. Xamarin is more user-friendly than Android Studio, which offers a more sophisticated user interface.

4. What are xamarin insights, and how does it work?

In today's world, developers can trust Visual Studio App Center to provide the same capabilities as Xamarin Insights. Xamarin insight is a tool that allows developers to detect and track issues with their projects quickly. This can also be used to report problems to the monitoring system. In October of 2014, Xamarin released Xamarin Insight. It was, however, closed on March 31, 2016.

5. In xamarin, what do you mean by data binding?

If we want to bind the data from the different user interfaces the data binding process is the best solution. When the data link is enabled, the data changes, or the enterprise model are automatically reflected in the IU items and vice versa.

6. What exactly is the xamarin profiler?

7. In Xamarin, what is the class file extension?

If you to build up a XAML application then you have to use xamarin prism is a Xamarin framework for the construction of XAML applications. These programs are lightly connected, testable, and simple to maintain. Prism includes several design pattern collections that developers may utilize to improve their mobile app code. 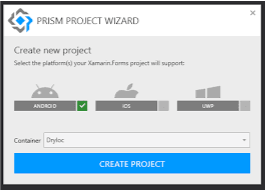 The content page is used as the foundation for the developer's page in Xamarin. Most of the screen Content Page shows one View only.

10. In Xamarin.Forms, how can I manage varied screen resolutions?

Some Layout containers can be used to adapt apps to various screen sizes. Absolute sizes for controls like Grids and Stack Layouts are not allowed; however, resolution can be leveraged by doing the components alter. For example, the Row Definition height can be set to auto when generating rows and columns.

11. What is the xamarin test cloud, and how does it work? 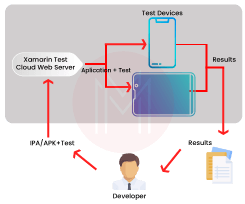 12. What is the xamarin setup procedure?

The three simple steps to installing Xamarin are as follows:

13. What is xamarin studio, and how does it work?

Xamarin Studio is a stand-alone IDE for creating cross-platform mobile apps based on the open-source Monodevelop project.

14. What are the points of view in xamarin?

Control of widgets is referred to as views. Visual objects such as Label, Button, Entry, BoxView, ListView, TableView, and others can be used. All UI elements are view subclasses.

Fresh MVVM is a Xamarin-specific MVVM framework that is extremely lightweight. Only forms are accepted. It has a straightforward, straightforward, and adaptable design. It's simple to use and prioritizes convention over configuration. Fresh MVVM differs from MVVM in a few ways. Instead of View and View Model, Fresh Model employs the concept of the Page and Page Model.

16. What is NuGet, and how can it help construct an app?

NuGet is the most widely used package management for.Net development. Xamarin Studio 5 and Visual Studio both have it. We can quickly find and install package/third-party libraries in Xamarin. IDE is used to create forms.

17. What exactly is an HTTP client in xamarin?

In System.Net, there is a class called HTTP Client. HTTP Client allows developers to connect to the outside world via REST-based services over the internet. The HTTP Client class sends HTTP requests and receives HTTP responses from a URI-identified resource. The namespace of the HTTP protocol.

19. What is NuGet, and how can this be useful in App development?

NuGet is the most widely used package management for.Net development. Xamarin Studio 5 and Visual Studio both have it. We can quickly find and install package/third-party libraries in Xamarin. IDE is used to create forms.

When you write an application without using the MVVM pattern, you need typically subscribe to an event handler. You can manage the user's interaction with the user interface (for example, when he clicks on a button). This way, a new method in code (C#) behind will be generated, which will contain the code that will be executed when the event is raised. This method establishes a strong link between the View and the code: event handlers can only be maintained in code behind, and you can't just relocate them to a View Model. The approach employs commands, which are unique objects (that implement the i Command interface) that define the action taken when an order is executed.

21. Explain the life-cycle of xamarin.forms app?

Life-cycle means a series of steps followed from start to finish of the application. There are three stages in the life-cycle of the Xamarin.forms app:

When we run the Xamarin application, it can generate the following application packages:

Xamarin.Android allows us to create native Android applications using the same UI controls we would do in Java, except with the flexibility and elegance of a modern language(C#), the power of the .NET Base Class Library (BCL).

24. Do you know the use of mobile conditional compilation?

25. Tell me different types of development approaches in xamarin.

Development approach in two ways. These are:

There are two methods of sharing the code between the cross-platform applications:

27. Point out the different features of examining list view and table view.

Table view: Similarly, the app developers need to use a table view in the development to scroll horizontally. This feature will retain the data stack in long rows. If the data length is too long, the visualization screen needs to increase by using a table view in code.

28. How many types of built-in cells are there in xamarin?

There are four types of built-in cells are there:

29. Write down the privileges we can get in the xamarin platform?

Developers will get help from the xamarin community for coding.

30. Write down the different types of layout control present in the xamarin.forms?

A few of the layouts are:

Grid is a layout control in Xamarin forms that displays information in columns and rows.

32. If you are getting outofmemoryexception in xamarin development, how will you manage this bug?

33. How do I resolve the "Could not find type or namespace name 'Xamarin'" error?

1. Can You use xamarin in native-hybrid app development?

2. How popular xamarin is?

As it is a very versatile mobile development platform, developers have been using it worldwide for the last seven years. Around 1.6 million developers are using this platform.

3. In what industry of mobile app development can we use xamarin?

We can use this platform to develop a mobile app for transport, health care, media, etc.

4. Which IDE is suitable for xamarin development?

The best IDE for xamarin development is the visual studio environment developed by Microsoft.

5. Can we develop a games app by using xamarin?

Yes, we can use xamarin for games mobile app development. It has some powerful features. Any C# or F# developer can do this.

6. What is the present demand for xamarin developers in the market?

Yes, it is worth it to start learning xamarin in 2022 as a mobile app developer to make good career progress.

8. How much time do we need to give to learn xamarin development?

For fresher mobile app developers, it may take two months. But for the experienced mobile app developer. You need to plan a project and start trying to build it up in the xamarin development environment for better practices. You will get good e-learning support.

9. Can we use xamarin in web development also?

10. Name a few of the apps developed in the xamarin platform?

There are lots of apps developed by the xamarin platform. A few of them are:

Xamarin, unlike most other cross-platform mobile app development tools, allows you to create NATIVE apps that operate on many platforms, and it also combines the entire mobile app development process. In basic terms, it decreases the time, effort, and cost of developing mobile applications by one-third. March forward with the right technological framework. We are confident that our efforts will pay off in your quest to ace the Xamarin interview and land your dream job.